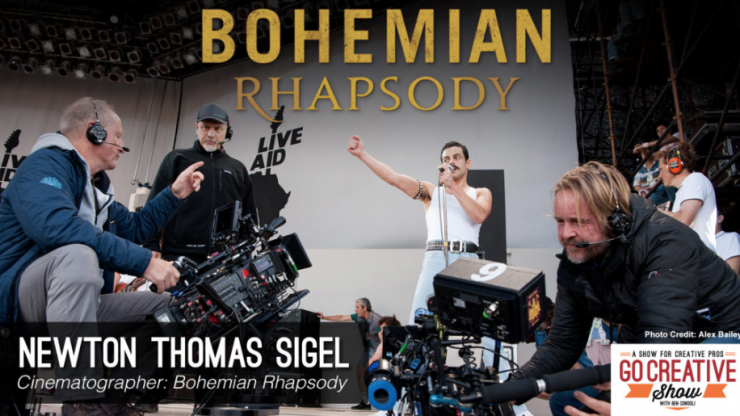 Newton Thomas Sigel ASC is the director of photography for the highly anticipated film Bohemian Rhapsody. On this weeks Go Creative Show he chats to host Ben Concoli about his decision to shoot with the Alexa 65, and how it helped him to create a visual language for telling Freddie Mercury’s story.

Tom and Ben discuss many facets of the production, including recreating Live Aid. They also talk about all of the behind the scenes tips and tricks they used to help create the movie.

We ran an article earlier this month where I spoke to Newton Thomas Sigel ASC and this podcast is a great follow up to that initial discussion.

The highly-anticipated film premiered at Wembley Arena in London on Oct. 23 for 7,000 people. It will be screened in every IMAX theater across the U.S. Tom has shot such movies as Drive, Three Kings, and The Usual Suspects.