RED’s HYDROGEN phone still isn’t shipping in any sort of real numbers, and only a handful of individuals have been able to get their hands on one so far. The HYDROGEN is a standalone, full-featured, unlocked multi-band smartphone operating on Android OS that just happens to have a few additional features that haven’t been seen before.

Michael’s analysis is just a preliminary evaluation of the most common way many of us use phones: taking pictures. At the time of this analysis, Hydrogen is in beta, and the images and features continue to improve at an incredible rate.  Michael expects that over the next 24 months, to see Hydrogen wedge itself into a market that currently does not exist: smartphone cinema. While the HYDROGENS camera abilities do look pretty impressive, it’s hard to know just how well they compare to other smartphones on the market, like Apple’s latest offerings. RED has incorporated a lot of photographic features into the HYDROGEN as standard, whereas with the iPhone, you would need to download a third-party app. 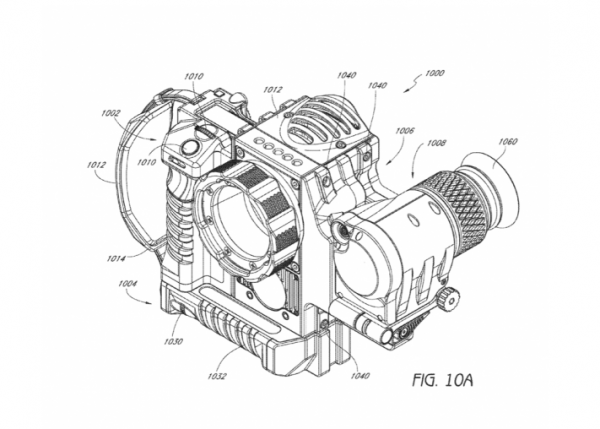 Now, the biggest selling point of the HYDROGEN is definitely its camera and the fact that it incorporates a high-speed data bus to enable a comprehensive and ever-expanding modular component system, which will include future attachments for shooting higher quality motion and still images.

The display options are also unique on the HYDROGEN. With a 5.7″ Professional Hydrogen Holographic Display where you don’t need to wear glasses, support for holographic RED Hydrogen 4-View content (H4V), and viewing modes for AR, MR, VR, Holographic, 2D, 3D in Landscape or Portrait there is a lot to like. The question is, does the imagery produced on the HYDROGEN enough to tempt people away from Apple. In some respects, it needs to be not just as good, but a lot better for the phone to appeal to a wider audience.

From what I have seen from HYDROGEN so far it looks like the best feature is the ability to use the automated depth of field mode with any picture. On the iPhone, you need to be a certain distance away from an object for it to work, which isn’t always ideal. On the HYDROGEN you can apply it to any photo. 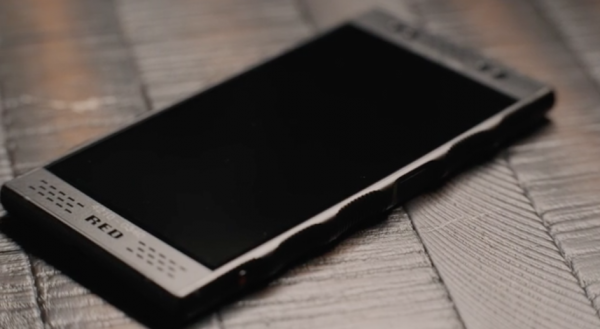 In some ways, the HYDROGEN is a bit of a gamble for RED. The cell phone market is one of the most competitive businesses around, although I really don’t think RED is trying to steal massive market share from Apple, Samsung, or anyone else. The HYDROGEN looks to be more of a niche product targeted at filmmakers, especially once the additional modules and accessories become available. This could turn your phone into a mini digital cinema camera (although probably at a significant cost), where you could build it up or down depending on what you need it for. This alone is an interesting concept. Electronic products, in general, are becoming more and more multifunctional. Remember when your cellphone just made and received calls? Things have certainly come a long way in a short period of time and companies need to continually innovate to stay relevant.

I hate to say it, but in typical RED fashion, the HYDROGEN continues to be delayed. If you remember back when it was announced, RED said the HYDROGEN will start shipping in Q1 of 2018. Well, it is now October, and very few HYDROGEN phones have shipped to anyone.

In more bad news for RED, the $1,595 USD TITANIUM version of HYDROGEN has run into big problems. Jim Jannard openly came out and said, “This one is killing me. Trust me…The 1st run of Ti is a disaster. All fail. I told you how difficult Ti was to make but I was assured by our ODM and vendors we would make enough for the pre-orders. We didn’t. So what does that mean? Our pre-order Ti customers are the highest order. Not only did they commit to paying the full price of the highest priced model 14 months ago, but they also had to patiently sit through the Houdini launch and watch from the sideline. If I were a Ti pre-order customer, I would be pretty pissed off… so I assume that is the common reaction for all of our customers in this position. I can’t go over there and make them myself, or I would. All I can do is do what I think is fair… as if I was the customer. We will send all Ti pre-orders an aluminum HYDROGEN 1st when we begin shipping them. Additionally, when we finally do make Ti models correctly, we will send that to you at no charge. You are allowed to keep the aluminum as well. All RED cameras are made in California at our factory in Orange County. We have control over everything. Unfortunately, we are not in the same position with HYDROGEN. We are left to rely on the schedules and representations of our suppliers. In this case… we were let down pretty severely. I have put my helmet on and am ready to field any questions about this.”

I still think it is far too early to pass any type of judgment on the HYDROGEN. I personally think it has a lot of potential, but that potential is going to take time to evolve. The problem with technology and time is that as a company you need to be able to innovate and develop your technology quickly because if you don’t someone is sure to leapfrog you.

Did you order a RED HYDROGEN phone? Are you still waiting patiently? Let us know in the comments section below.