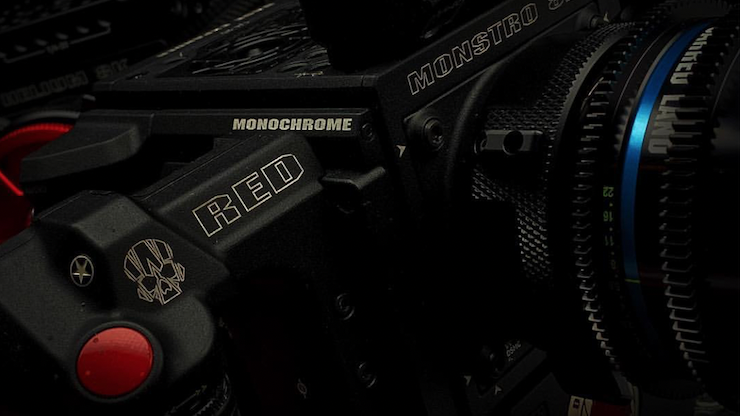 RED has announced that their 8K MONSTRO will now be available in a monochrome version. It has already been dubbed the “Monstrochrome” by some on the internet. The 8K MONSTRO monochrome gives shooters the ability to capture black and white images that contain enhanced resolution and heightened light sensitivity.

With no color filters on the sensor, RED claims that the sensitivity almost doubles compared to the normal MONSTRO, and every pixel becomes data instead of 3:1 RGB. RED also says that the camera has an incredible tonal range in the mid-tones that can’t be replicated by a color sensor.

Above you can see some material that was shot on 7 RED EPIC Monochrome cameras.

Now shooting in monochrome is certainly not for everyone, but if you work in fashion or want to go old school noir this camera will certainly get the job done. With the regular DSMC2 with MONSTRO 8K VV sensor costing $54,500 USD it will be interesting to see how much the Monochrome version will sell for. Even though it will be produced in far fewer numbers than the regular MONSTRO sensor, it will probably cost the same. I’m basing this on the fact that the Monochrome and color sensors for the 8K HELIUM cameras are exactly the same price.

Why just not shoot in color and then turn it into black and white in post?

If you compare a color sensor to a monochrome sensor, the main difference is that a monochrome sensor does not use an RGB color filter array. Color sensors have filters over each pixel arranged in a particular grid called a Bayer pattern. By removing the RGB color filter array, it allows for more photons to reach the sensor’s photosensitive surface, therefore, it makes the sensor highly light sensitive. It also lets you capture sharper images with superior resolution, and as a bonus, record a lot smaller file sizes than a color sensor. If you are recording RAW using a monochrome sensor there is no need for Bayer-interpolation. This allows the sensor to read out just the image data instead of having to read out 3:1 RGB. Because each pixel is represented 1:1 in the final recorded media instead of 3:1 RGB, a higher resolution and finer tonality can be obtained with no chance of softness being introduced by the interpolation process.

If you aren’t familiar with RED’s flagship MONSTRO DSMC2 8K VV camera, it can capture 8K full format motion at up to 60 fps, producing ultra-detailed 35.4 Megapixel stills, and incredibly fast data speeds up to 300 MB/s.