Today Panasonic unveiled their first ever full frame mirrorless cameras, the S series. The first camera is the S1, an entry-level model and the second is the S1R, a pro version with a 47 MP sensor. Panasonic have clearly stated that both cameras have primarily been designed with photographers in mind and that they expect most video shooters to pick the S1 over the S1R.

It’s been a long time since Sony launched the full frame mirrorless revolution with the a7R a7 and way back in 2013. Finally 5 years later, all the major manufacturers, Nikon, Canon, Sony, and now Panasonic have full-frame mirrorless cameras that are capable of shooting video and stills. 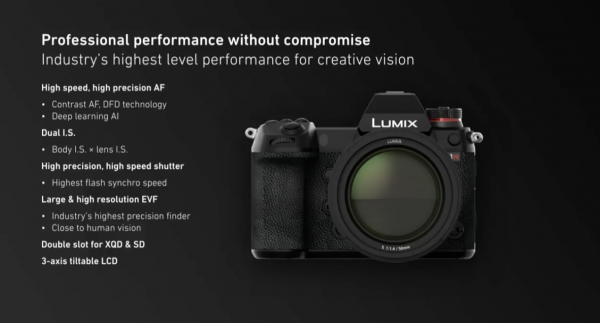 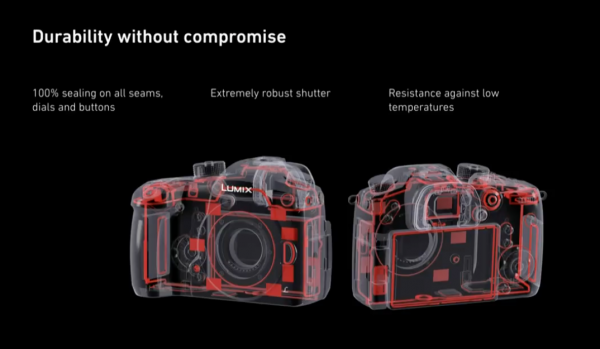 Key features of the S1R and S1:

5. A rugged triaxial tilt LCD: emphasizing ease of use and supporting professional photography and videography

What do you do when you don’t have an existing mount to use on your new camera? Well, you have two choices. You either make your own or you use someone else’s. In this case Panasonic chose the latter. Leica has had a long relationship with Panasonic, so it’s no surprise that they have leveraged Leica’s L mount for use on their new camera. The mount is the same mount that can be found on Leica’s SL cameras. If you aren’t familiar with the Leica SL, don’t worry, it wasn’t a very successful camera. Despite having a full frame 24 MP CMOS with 4000 × 6000 pixels with a pixel pitch of 6 × 6 µm² on an active surface area of 24 × 36 mm, a very good electronic viewfinder and shutter, the SL was a sales disaster. Not only was it very expensive ($5995 USD), but the price of the lenses put many a potential customer off. The SL lenses ranged in price from around $4700 USD all the way up to $6395 USD.

First seen in the Leica T, the renamed L bayonet mount offers users the ability to connect full-frame SL-series glass. The mount also works with existing and future TL-series lenses, though in a reduced resolution APS-C crop mode. Additionally, as with most mirrorless today, the L mount can accept a variety of adapters, such as the M-Adapter T which provides shooters with access to the entire M-mount lens library. Leica also has adapters for the S, R, and Cine series. 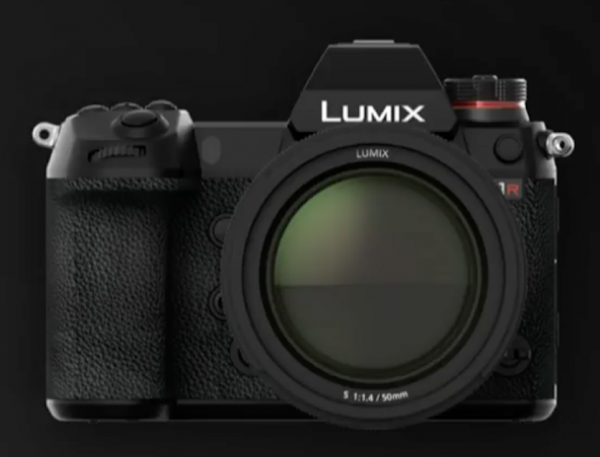 For use on the widest possible variety of products, the diameter of the L-mount is 51.6 millimeters, making it suitable not only for full-frame cameras but also for APS-C sensors. The small footprint of only 20 millimeters allows for a small distance between optics and sensor. This enables companies to make much more compact lenses. The standardized L-Mount contact allows for communication between the electronic components in the lens and the camera, making it possible for lenses to be updated through firmware releases.

So why go with a Leica L mount where the only native lenses available start at almost $5000 USD? Well, Panasonic can now make their own more affordable L mount lenses as well as not having to create a whole new mount. 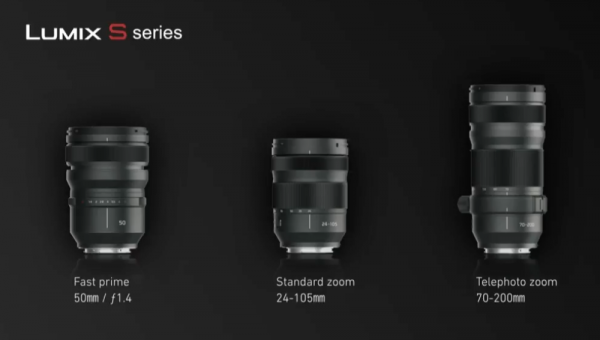 Just like we saw with Sony, Canon, and Nikon there is only going to be a limited number of native lenses available at launch. In fact, Panasonic has only announced 3 native lenses for the S series: 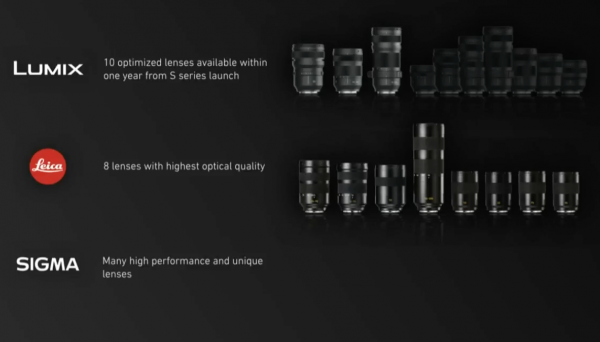 But don’t worry 10 lenses are scheduled to be released by 2020. I would also suspect that Sigma will probably make their ART series lenses available in L mount at some stage in the future.

Two is company, three is a crowd? 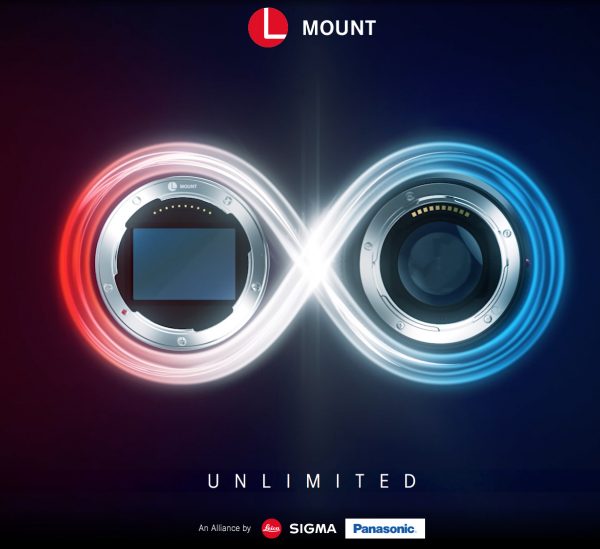 Not only has Panasonic partnered with Leica to make the S1 and S1R, but Sigma is also crashing the party (well more like they are bringing the cake). Leica Camera AG, Panasonic, and Sigma have teamed up to create a strategic partnership called the  “L-Mount Alliance“. This alliance allows Panasonic and Sigma to use the L-mount standard developed by Leica for their own developments and create cameras and optics with this lens mount. This is a big deal for the L-Mount moving forward. By getting three major companies to support it, the L mount is likely to become more accepted and more widely used. If Sigma can bring out a wide range of L mount lenses by the time the new Panasonic cameras become available, it will help push sales. It also means that hopefully, products from all three brands will become cross-compatible.

With Leica, Panasonic, and Sigma teaming up, it’s clear that they are serious about trying to get a very strong foothold in the mirrorless camera market. Sony has dominated the mirrorless market for so long, and with Nikon and Canon choosing to go it alone, leveraging the technologies from three companies makes a lot of sense. Is it a case of too little too late? That’s a hard question to answer. As they say, the proof is in the pudding. If these new Panasonic cameras can outperform their competition they may well force current Sony users to switch over. 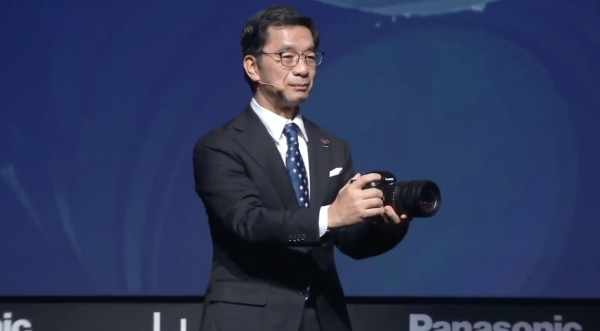 All we currently know is both cameras are capable of 4k 60p. There is no current indication whether it can record 4:2:2 10-bit internally. We do believe there will be some sort of crop mode available, but whether that allows for the use of APS-C lenses as well as M4/3 remains a mystery.

Not the best upgrade path for existing GH5/GH5s users

If you want to get your existing GH5/GH5s users to upgrade to the S1 or S1R it’s going to be a tough sell in some regards. The biggest problem will be when it comes to lenses.

Panasonic in some ways has backed themselves into a corner by sticking with M4/3 for so long. Yes, it allowed them to make cheaper cameras and lenses and also enable 4:2:2 10-bit internal recording, but now your existing user base has to buy a new camera body and lenses and spend significantly more money. 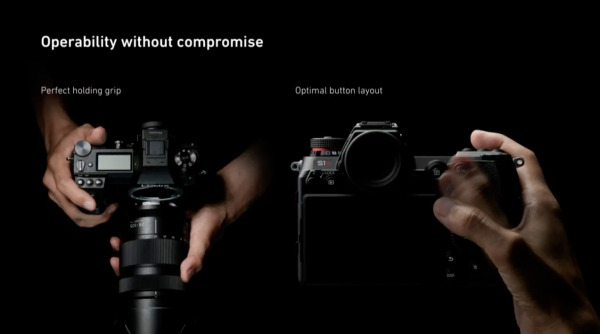 In what is becoming typical Panasonic fashion, they are announcing cameras long before you can actually purchase one. Both the S1R and the S1 won’t be available till sometime in 2019. Panasonic is being very cagey with the specifications and we aren’t likely to know anything more about the camera until early 2019.

At this stage, details are still fairly sparse and there is no full list of specifications and features available.