Hawk-Woods have recently upgraded the cells they use in their Sony-compatible batteries, in some cases resulting in a 50% increase in power.

Power for your FS camera 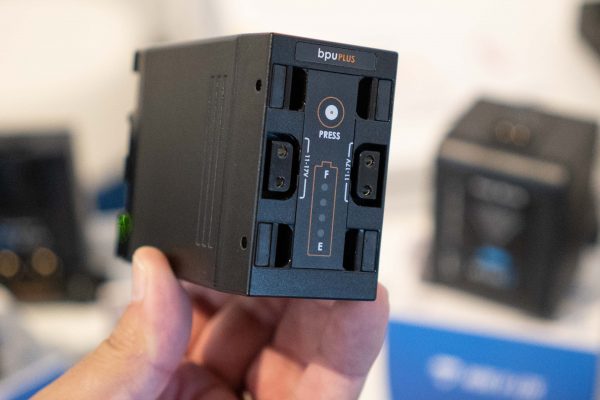 First up are the BPU-compatible packs for use with cameras like the FS5 and FS7. Previously these were rated at 75W, but now although the case has stayed the same size Hawk-Woods have crammed 98W of cells inside them. That’s obviously great news as despite the increase in capacity they’re still flight safe. They also still sport two D-Tap outputs which can supply 11-17V to connected accessories.

To keep the BPUs topped up Hawk-Woods have developed a 3A two channel charger. It’s fanless, charges attached batteries simultaneously and will take a couple of hours to recharge the new packs.

If you’re feeling like your clothing doesn’t feature enough batteries then the final product in this whistle-stop tour could be for you. The Hawk-Woods battery belt attaches the company’s recently launched Mini V-Lok batteries around your tummy and offers four pin XLR, D-Tap and Lemo connectors to power whatever you happen to be carrying.

All the new batteries and the belt are available now – for further details check the Hawk-Woods website.