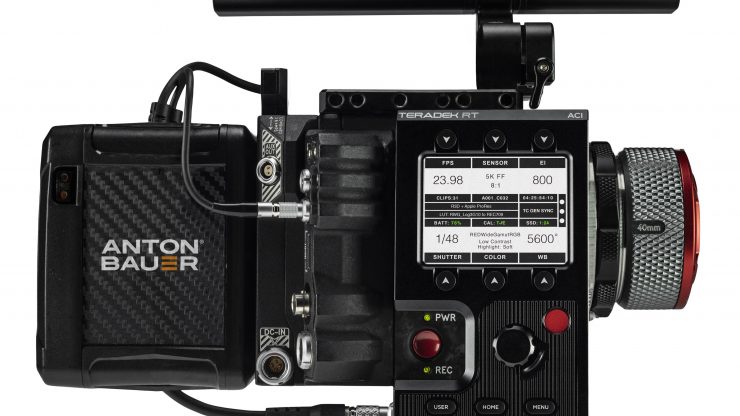 Teradek has introduced a brand new line of modules for the RED DSMC2 ecosystem. The Teradek RT ACI, or Assistant Camera Interface, has been designed to make configuring camera settings on RED DSMC2 cameras familiar and easy. 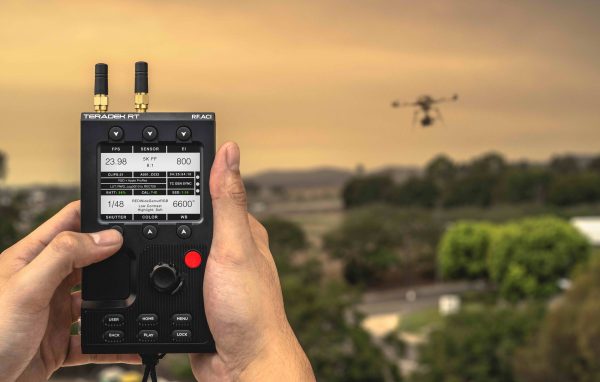 The interface is navigated by tactile push-button and jog wheel controls. Constantly adjusting camera settings on a touchscreen during production can be time-consuming and frustrating. This is where the ACI comes in. The ACI utilises an intuitive interface displayed on the module’s LED screen. The module attaches to the side of DSMC2 cameras so ACs and operators can make quick adjustments to camera parameters.

RED cameras don’t have an AC control panels on the non-operator side of the camera so the addition of the Teradek ACI makes a lot of sense for use in production environments. The fact that it can be attached to the camera or used remotely without the use of a cable makes it even more versatile. 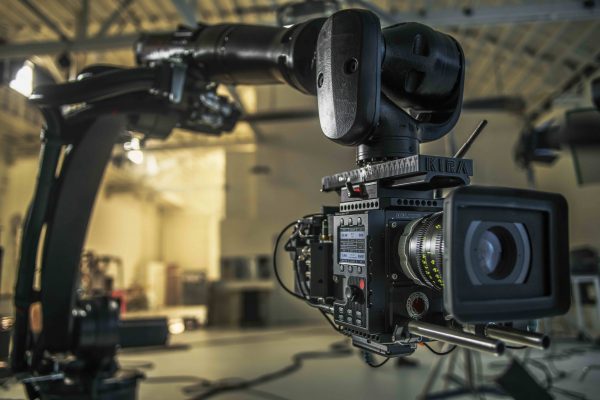 The RF.ACI and MDR.ACI modules add long-range wireless control through the use of Teradek RT’s RF communication without the reliability issues of WiFi, which is significant for many use cases including DITs, drones, gimbals and cranes. 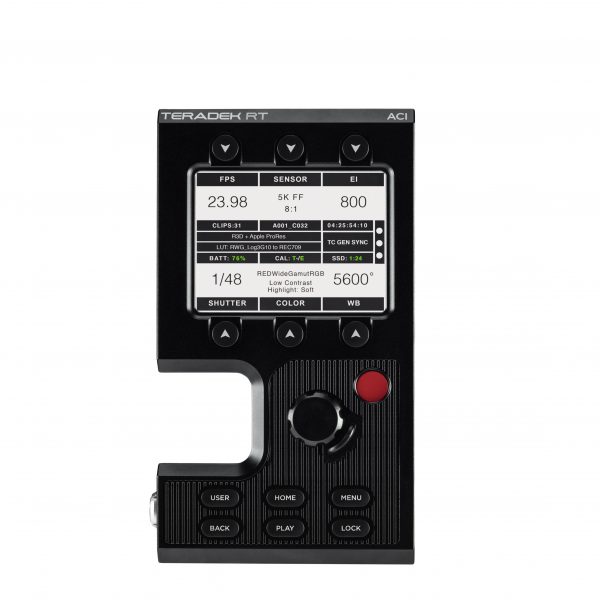 The Teradek RT ACI is available as a standalone module, a remote control unit (RF.ACI), and an integrated system with a 3-channel Teradek RT wireless lens control receiver (MDR.ACI).

The RF.ACI adds a 2.4GHz FHSS radio, allowing the system to be used on camera or as a wireless remote control. Pair the RF.ACI remote with an on-camera RF.ACI, MDR.ACI, or Teradek RT Latitude MDR to configure camera settings at up to 5000 ft away. It can be powered by an LP-E6 or Sony NP-F style battery. 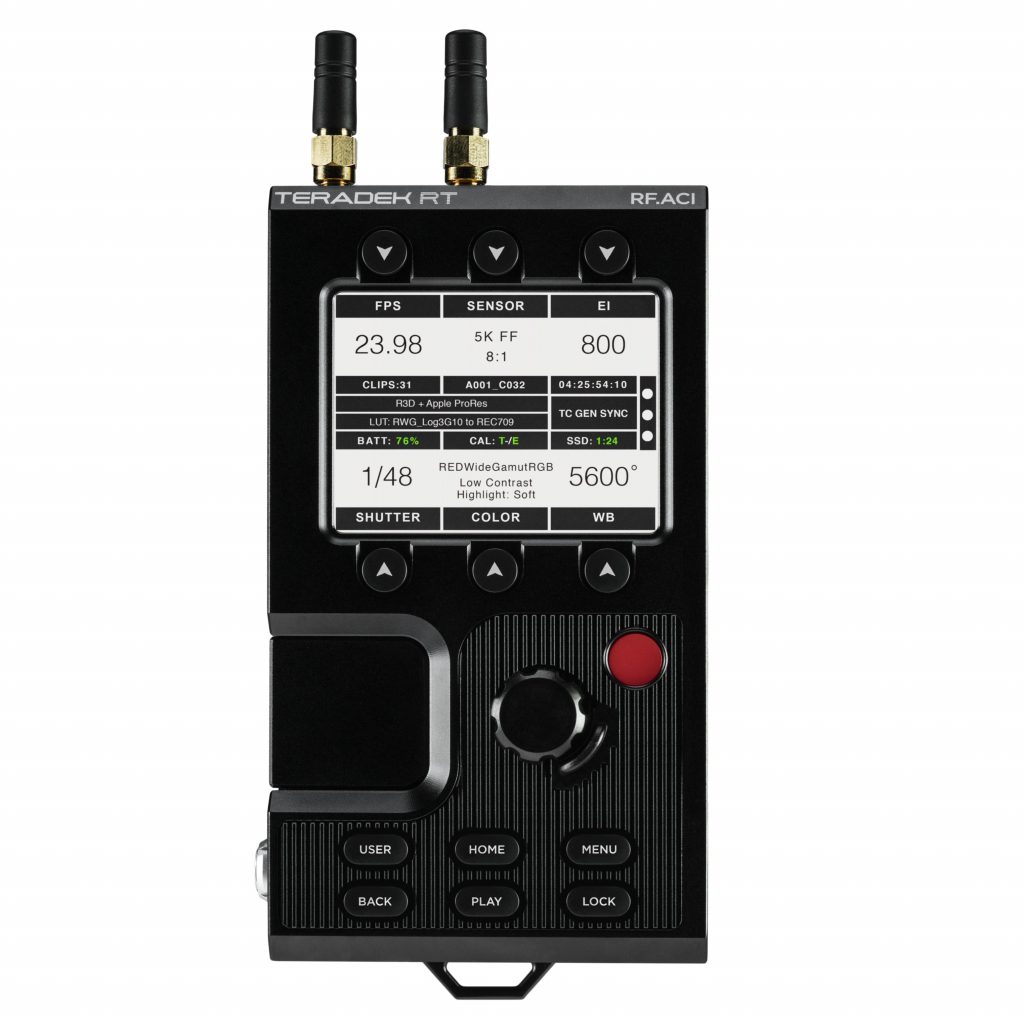 The MDR.ACI includes every feature of the RF.ACI, in addition to a 3-channel Teradek RT wireless lens control receiver. Combine the MDR.ACI with RT lens motors, controller and a RF.ACI remote for an all-in-one, cutting edge wireless lens and camera control solution. 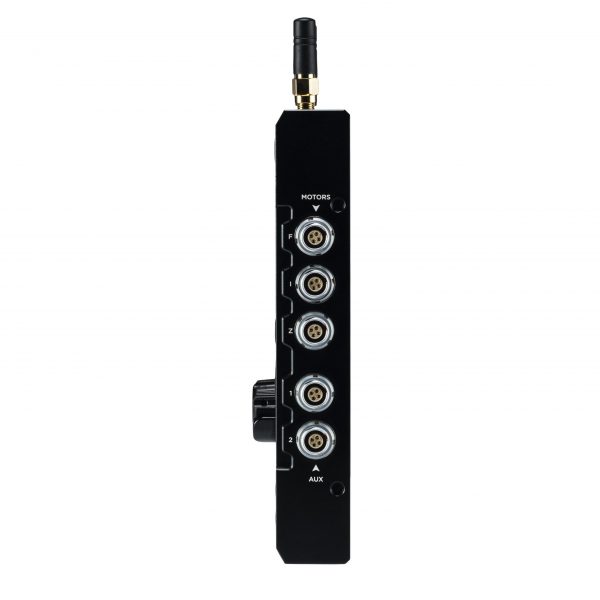