The TECHNOVISION Classic 70-200mm 1.5X anamorphic Full Frame Zoom has a constant T3.5 aperture, and allows for anamorphic capture on 16:9 and VistaVision sensors. It features a front anamorphic design and a front diameter of 114mm.

The TECHNOVISION Classic zooms covers the Full Frame format (36 x 24mm). With the 1.5x anamorphic squeeze the lens is adapted to the widely used 16:9 sensor ratio and offers anamorphic qualities, such as barrel distortion, nicely formed flares and shallow depth of field. When shooting with the Arri Alexa Mini in Open Gate, the whole sensor image area is used with this lens.

P+S TECHNIK have also released vision from their wide angle Evolution 2X 32mm. Unfortunately we can’t embed this video, so you will have to head over to Vimeo to watch it. 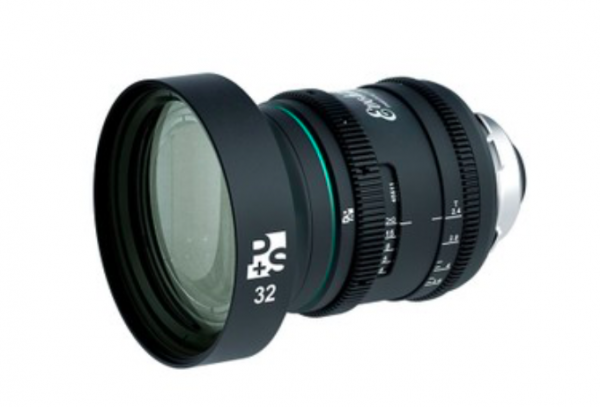 The Evolution 2X 32mm makes up part of a 6 lens set, along with a 40mm, 50mm, 75mm, 100mm & 135mm. The lenses are built in a compact, lightweight housing with modern cam driven internal focus mechanics. The focus throw has changed significantly compared to the originals. The Evolution lenses offer a 200° angle on the focus ring and a 100° on the aperture ring. The mod 0.8 gears are in the same position of the gear rings throughout the set which integrates them well into a modern production environment.

The Evolution 2X anamorphic lenses are based on the original optical designs of the vintage and rare Kowa Anamorphics and the P+S TECHNIK lens rehousing. The original KOWA Anamorphic prime lenses were produced until the 1970’s and four different primes were available: 40mm, 50mm, 75mm and 100mm.

The 80mm front diameter is perfect for the use of a clip-on matte box and a 77mm thread was added for screw-in filters. That makes the Evolution 2X ideal anamorphic lenses for handheld, Steadicam or drone camera work. In addition, the Evolution 2X lenses are equipped with an IMS exchange lens mount. Standard mount is PL-mount, optionally available are EF-mount, e-mount and MFT mount.