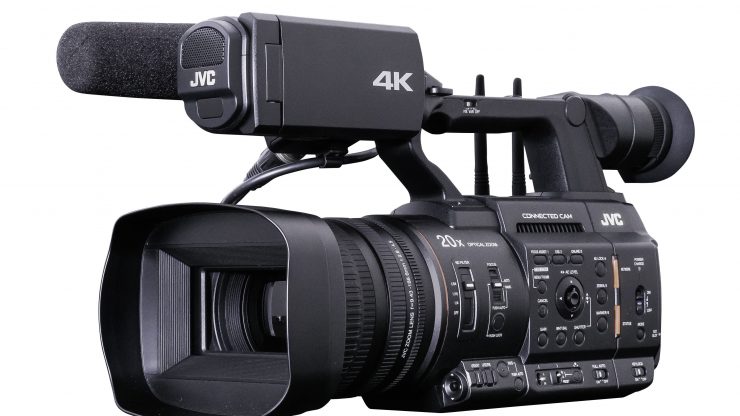 JVC has announced two new models in their Connected cam range – the GY-HC500 and the GY-HC550 JVC’s Connected Cam series are designed specifically so users can live stream and FTP file transfer directly from the camera. JVC has really made a name for themselves with smart cameras that can be used for news, sports and event coverage.

Earlier this year the company unveiled the GY-HC900 JVC Connected Camera, a three 2/3-inch CMOS image sensor camera that was claimed to deliver high sensitivity, low noise and wide dynamic range. It’s equipped with a new communications engine that makes News-over-IP possible with a streamlined ENG workflow. The HC500/ HC550 are both smaller, lower cost alternatives to that camera.

Both models feature a 1” 4K CMOS sensor with a 20x lens with 3-ring control (iris, focus, zoom), a high-resolution viewfinder, and a claimed 12 stops of dynamic range. Using the same codec that is found in the  GY-HC900 shoulder-mount camera, the GY-HC500/ HC550 can record to SSD media in a wide variety of formats, including 10-bit ProRes 422 at 4K resolution and 50/60p frame rates. A number of other codecs and recording formats are also available, including H.264 and MPEG-2. Both cameras offer support for BT709, BT2020 and BT2100 HLG color spaces. 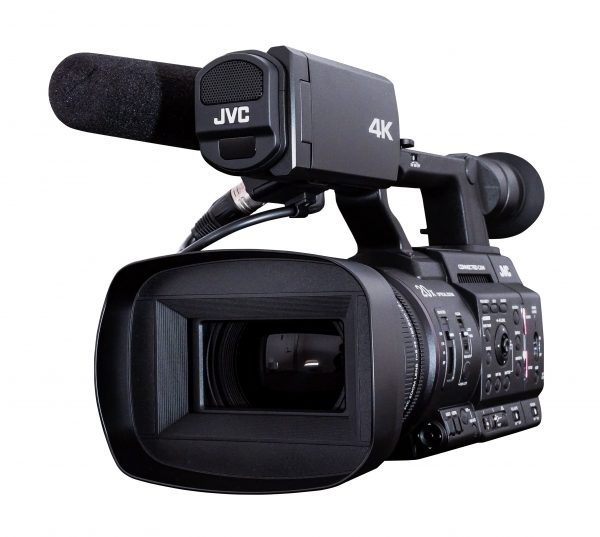 The GY-HC500 and GY-HC550 not only offer live streaming, FTP file transfer and remote camera control over IP, but JVC has also included return video over IP, as well as high-quality IFB audio return. The cameras can live stream at up to 1080p50/60 at 20Mb/s, which makes for a fairly high-quality stream over IP. The GY-HC550 adds in an additional range of features, including Wireless LAN antennas, built-in broadcast graphics overlays, and Zixi protocol support for streaming applications. 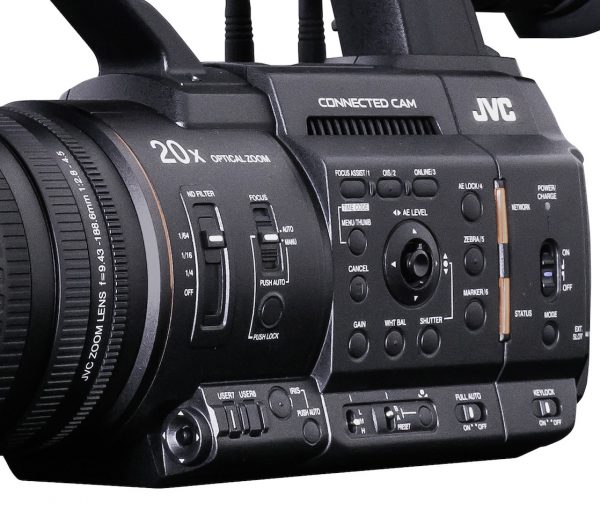 The GY-HC900 has 3 x 2/3” CMOS sensor and supports an industry standard B4 mount, allowing for a wide range of broadcast lenses to be utilized. The shoulder mount form factor of the GY-HC900 will appeal to those users working in ENG environments who need to live stream directly from a camera. The GY-HC900 can also be adapted to use as a studio camera, through a docking system for fibre studio connection.

The new GY-HC500 and GY-HC550 are scheduled to ship in early 2019 and add to the CONNECTED CAM range of products, with the GY-HC900 shoulder-mount model will be shipping in October 2018.