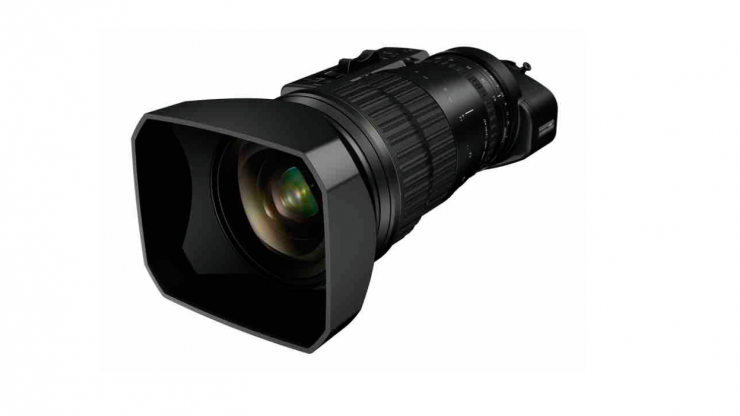 FUJIFILM has officially announced the FUJINON UA46x9.5BERD (UA46×9.5) featuring the world’s highest zoom ratio (46x) in a portable lens for 4K video production. We first saw a prototype of this lens at NAB earlier in the year.

The UA46x9.5 covers a focal length from 9.5mm to a high magnification of 437mm, making it the world’s widest angle lens in its class. It is a portable broadcast zoom lens that is suitable for a wide variety of applications, such as sports, helicopter work, and wildlife shooting.  Using state-of-the-art optical design technology, Fujifilm claims it suppresses color aberration. It’s also claimed to provide vivid color reproduction and high contrast by improving the light transmittance. The lens also features a newly developed, high-performance anti-vibration mechanism and drive unit. 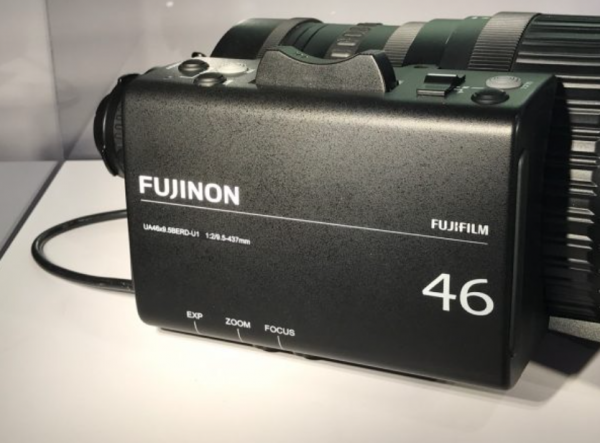 The introduction of 4K-compatible broadcasting equipment is currently accelerating in sports broadcasts such as soccer and baseball, and the amount of 4K video content is expanding worldwide. Additionally, demand for shooting high-quality HDR images, which vividly reflects high contrast, for conventional HD productions is increasing.

Fujifilm is also planning to further expand the lineup of their broadcast portable lenses for 4K video production, with the introduction of the “FUJINON UA46x13.5BERD” scheduled to be released in early 2019. It features the same 46x zoom ratio as the “UA46x9.5” and covers a focal length from 13.5mm to 621mm. 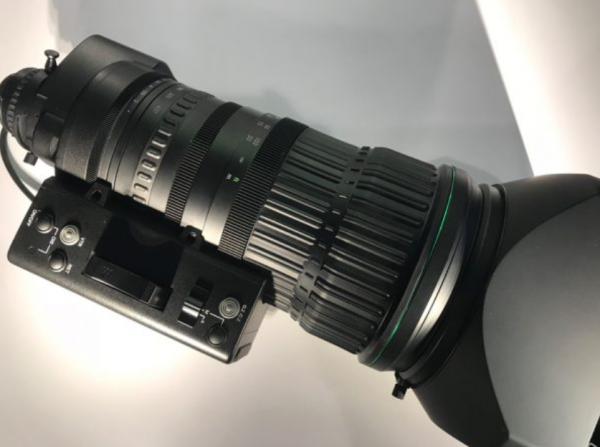 The UA46x9.5B is a huge lens and you certainly wouldn’t want to be putting it on your shoulder for handheld shooting. The lens is being targeted for use at sporting events, wildlife shooting and for deployment in helicopters.

Fujinon doesn’t have a price available just yet, but I wouldn’t expect it to be in most owner/operators budgets. This lens is going to bought by TV networks and outside broadcast production houses. The new “FUJINON UA46x9.5BERD” (UA46×9.5) lens is scheduled for release in January 2019.