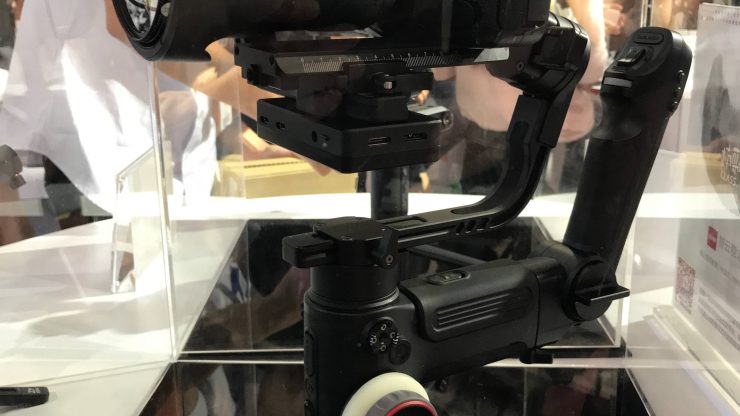 Zhiyun were showing a prototype gimbal at BIRTV in Beijing called the Crane 3 Lab. The gimbal will ultimately become the successor to the very popular Crane 2.

The Crane 3 Lab was behind glass and Zhiyun had very little information that they could share with us about their latest creation. What we do know is that the design is quite a departure away from traditional one handed gimbals. Instead of having one single handle, the stand folds together to become a handgrip in normal operation. The Crane 3 Lab also has another horizontal handle you can use in conjunction with the front handgrip to hold the gimbal like a machine gun. 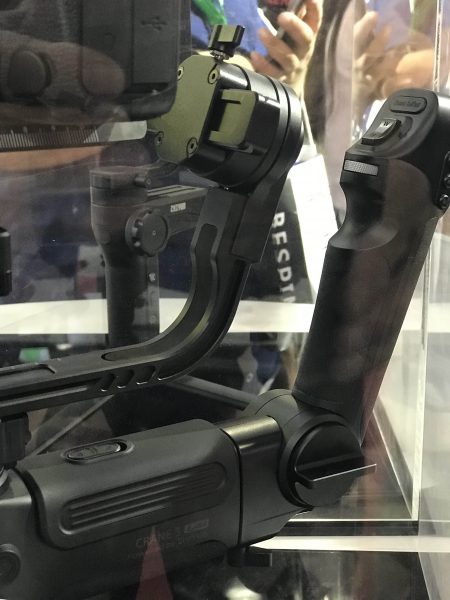 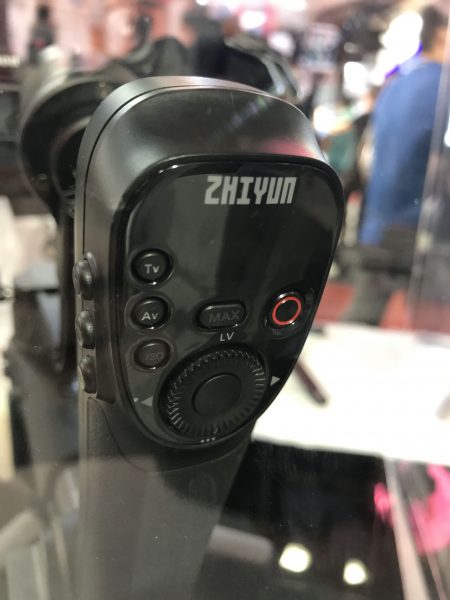 The main controls are also on the back horizontal handle instead of the vertical handle. 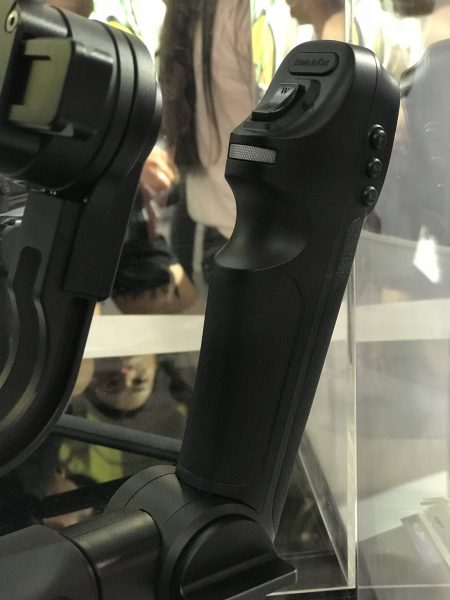 On this same handle there is also a zoom rocker and a dial for iris control (but this is dependent on the lens and camera combination). 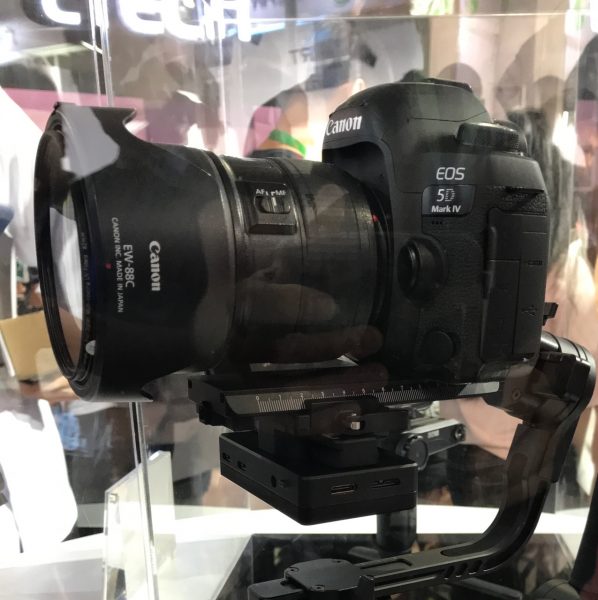 Below where your camera sits there is a USB for camera control as well as a HDMI port for connecting a monitor. 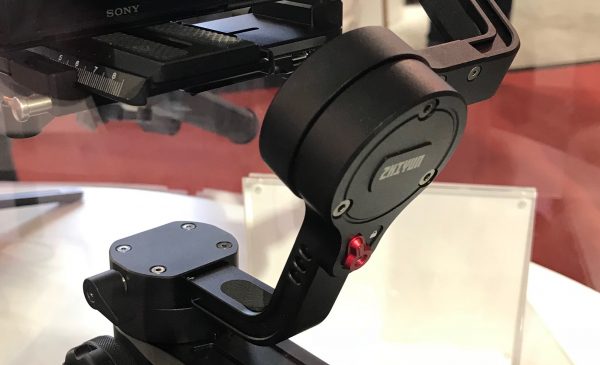 Another new feature is that the individual axis can be locked. 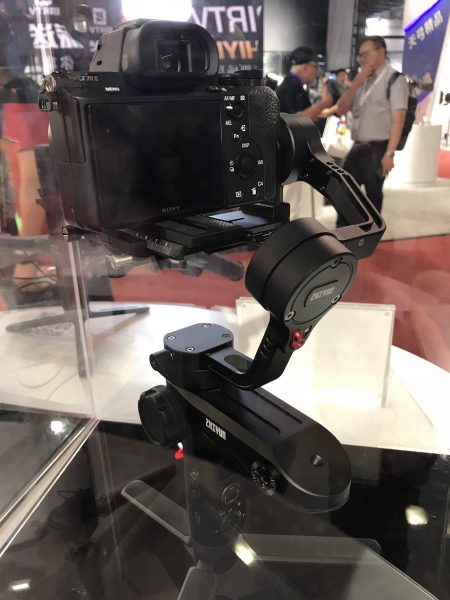 Zhiyun were also showing another prototype gimbal under glass that looks to be for small cameras. There is no official indication of pricing or avalability at this early stage, but we believe both gimbals will be available towards the end of this year.