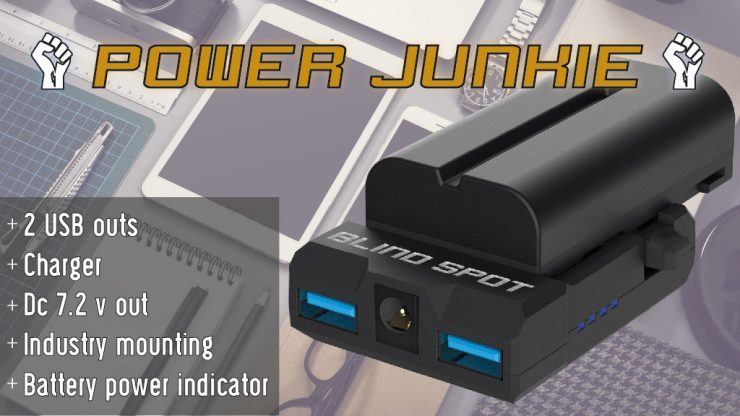 Blind Spot Gear has launched their fifth Kickstarter campaign with the new Power Junkie. While the previous products have been around lighting products with the Tile & Scorpion lights, this is a first in a powering solution. 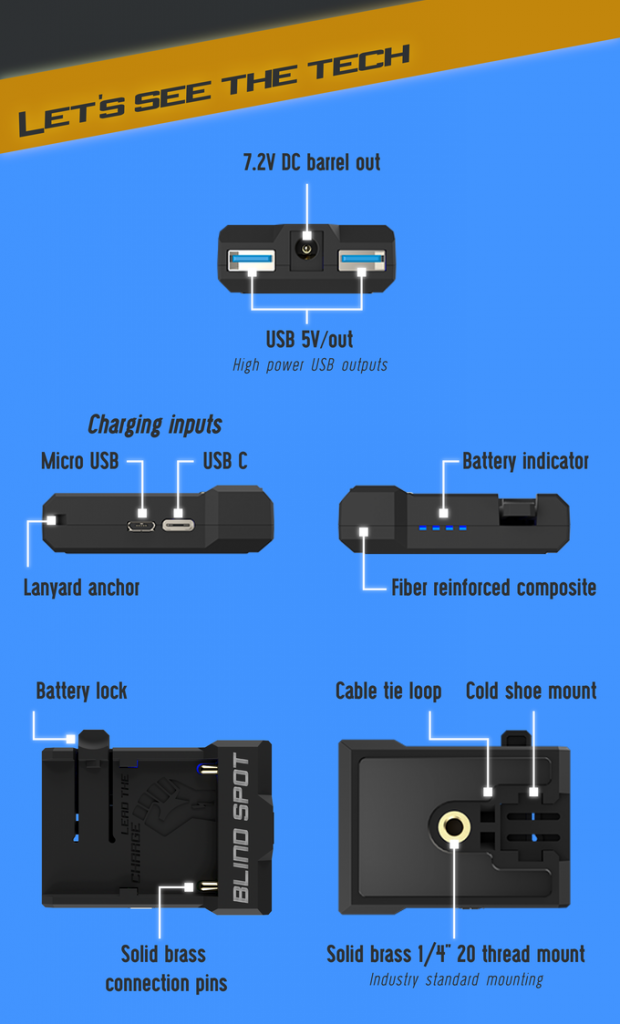 The Power Junkie is a power distribution box that utilises the popular Sony L series batteries, offering two 5V USB and a DC 7.2V barrel outputs. It is compatible with the NP-F 550, 750 & 970 sizes. The Sony battery is secured with a battery lock so it won’t accidentally fall out when moving the camera. The DC barrel connector can be used to connect a number of dummy battery options.

Having multiple output ports means you could power a number of devices from a single power source, especially when using one of the larger NP-F 950/970 batteries. You could easily power the camera via the DC port, wireless audio receiver via USB and another accessory with the second USB port.

Many recent cameras can now also be powered via USB so you can use a powerbank for extra run time. The main problem people face is how to mount them onto the camera setup. With the Power Junkie, Blind Spot has aimed to solve this problem by providing a number of mounting solutions.

The Power Junk has a 1/4″-20 mounting thread, a cable tie loop and also has a cold shoe mount. 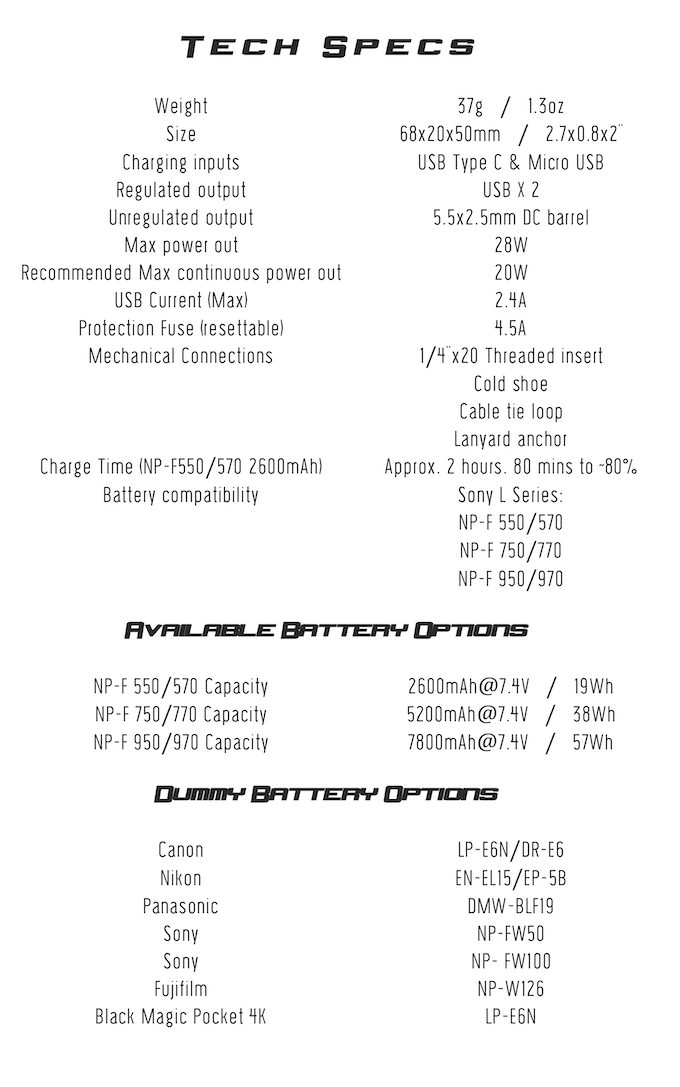 The Power Junkie can also act as a charger for the NP-F batteries, letting you leave one less charger at home. Charging is done via the micro USB or USB Type C so it may not be as efficient as using a standalone battery charger. The approximate charge time for an NP-F550/570 is rated at 2 hours. 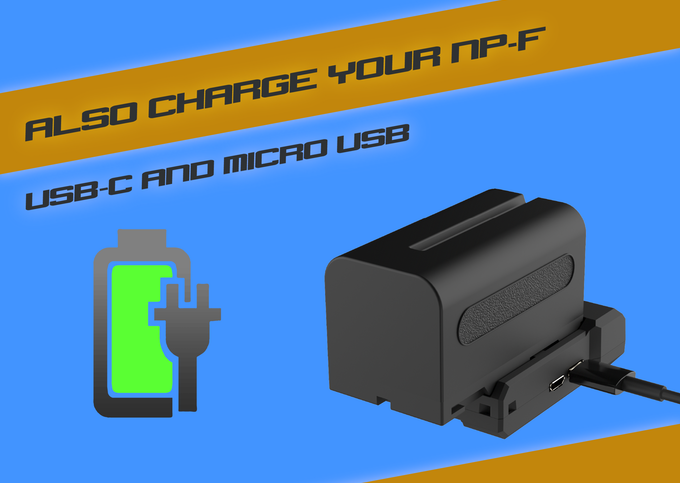 Dummy batteries are available for £20 each and NP-F batteries from £15.