You have probably wondered on occasion how wildlife documentary shooters are able to get such incredibly close macro shots of small insects. Well, one of the ways to do it is through the use of a periscope or probe lens.  Lenses such as the Innovision Probe 2+ and the T-Rex SuperScope are just two of the options available, but being specialty lenses they are expensive to buy or rent. Affordable options are far and few between, but Laowa is aiming to change all that with their 24mm f/14 2x Macro Probe lens. 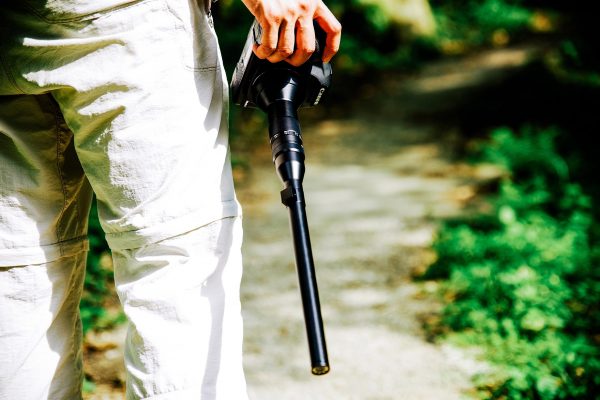 Laowa claims that their 24mm f/14 2x Macro Probe is the world’s first consumer-grade probe lens. Unlike conventional macro lenses, the Laowa 24mm Probe lens can create a perspective that cannot be replicated with a conventional macro lens. Not only can it focus really close (2cm @ 2:1), which is perfect for showing a great amount of detail and texture, but it is also capable of creating a compelling wide angle ‘Bug Eye’ view (84.1°). More background details can then be included in the shots to create a very informative and stunning macro bug-eye perspective. For telephoto macro lenses, the subject will fill most of the frame and appear isolated from the surrounding environment instead. 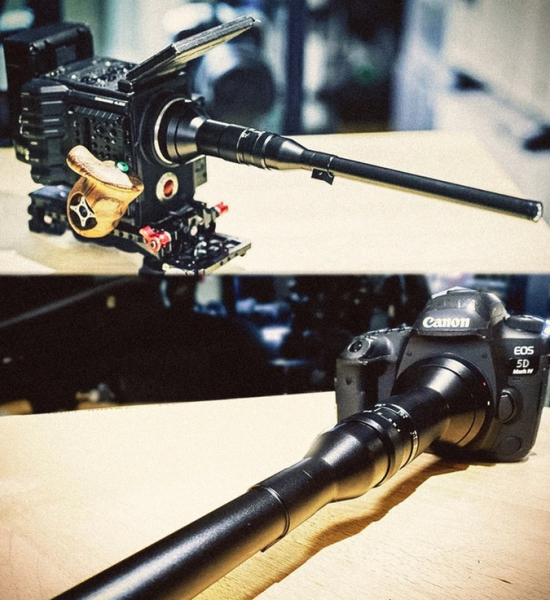 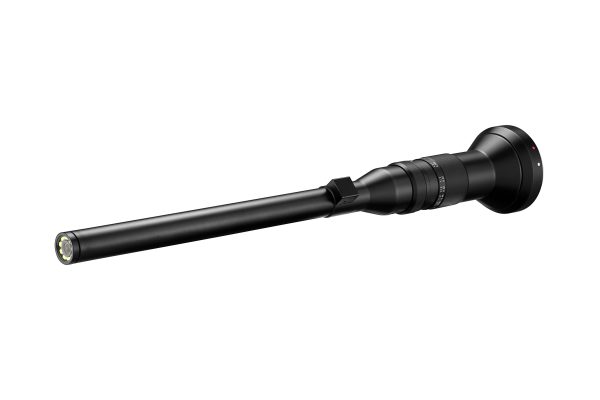 The lens has a very complicated optical design and features 27 elements in 19 groups to deliver what Laowa claims is “exceptional image quality.” It will be available in Canon EF, Nikon F and Sony FE mounts. A cine version with click-less aperture and focus gears in Arri PL mount is also available to order. 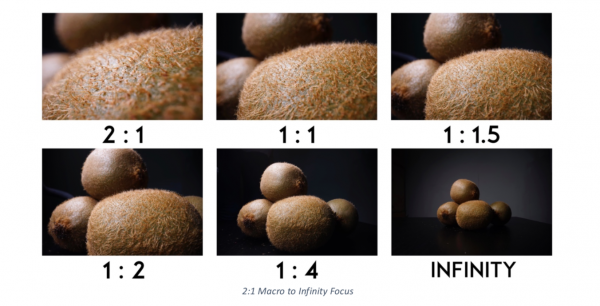 The new Laowa Probe covers a focusing range from 2:1 macro magnification to infinity focus. With a 2:1 maximum magnification you can shoot really small bugs/objects and reveal details that cannot be seen by naked eye. The wide focusing range (from Macro to infinity) is useful for capturing both the finer details as well as the background all in one shot. 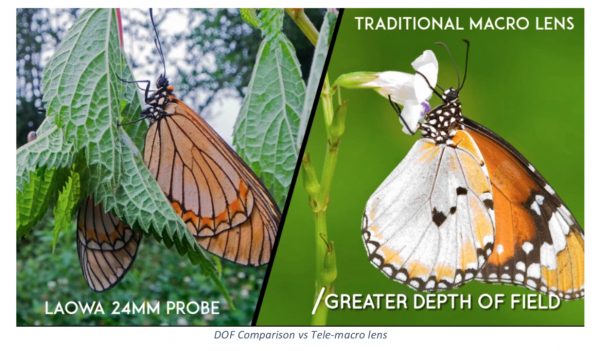 The challenge for macro camera operators is to follow tiny objects that they can barely see and keep them in focus. This often means that the margin for error when focusing can be fractions of a millimeter. To overcome this the Laowa 24mm f/14 2x Macro Probe utilizes a wide angle design so it can achieve a much greater depth of field at a close distance (compared to a telephoto macro lens). Being able to focus so closely while still having a deep depth of field is a huge advantage for both studio and wildlife shooting. Too often with extreme macro shots, all you can see is your subject and not the background.

Laowa has made the front barrel of the lens waterproof so it can be used to shoot in any environment. The waterproof design allows you to get shots in water and liquid, and it also has the added benefit of keeping fine powders and dust out of the lens. 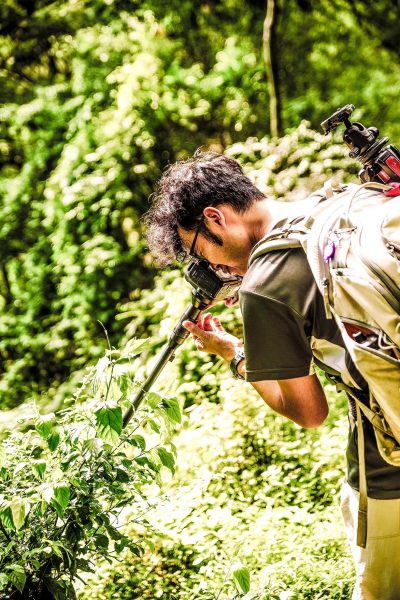 With a 40cm (15.7″) long barrel, you can focus really close to the subject but still keep your camera away from the subject. The long lens barrel also allows shooters to keep a safe distance away from animals such as spiders when shooting.

The tiny 0.2cm-in-diameter lens tip unlocks the possibility to get very low to the ground level to capture unique perspectives. With such a small diameter you can insert the lens into tiny crevices, inside a glass bottle, or places where a normal lens just can’t go.. The smaller lens tip also makes it easier for lighting. A typical macro lens with a larger lens barrels blocks more light, but a small lens barrel allows you o get light a lot closer to your subject. This is important because the Laowa lens has a max aperture of F 14 so you are going to need all the light you can get. 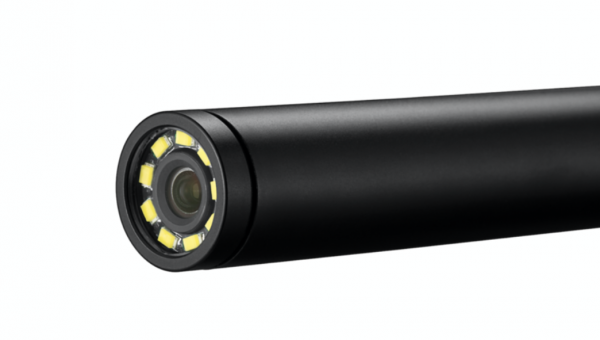 In a clever move, Laowa has also built-in a LED ring light at the tip which is powered through the micro-USB slot on the barrel.

The lens is expected to retail for $1,499 USD.  It is currently available to pre-order via Kickstarter at a discounted price. The earliest expected delivery date is September this year. The lens will also be available via authorized resellers from October onwards.

The Laowa 24mm f/14 2x Macro Probe is definitely a specialty lens, but at $1,499 USD it’s not going to break the bank. If you do a lot of extreme macro shooting or like to capture wildlife, the lens looks to be a great alternative to more expensive offerings.