A few weeks ago we featured the SmatSystem Horizon on the site, and now it available to purchase. The SmartSystem Horizon is a brushless stabilizer for monitors that has been designed specifically for Steadicam and gimbal operators. 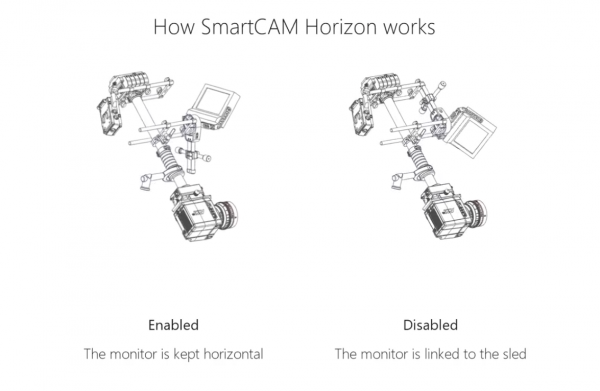 Steadicam operators often face a problem when they move the sled from high mode to low mode. When changing between these two modes the Steadicam usually has to be rebalanced so that the system will work properly. Now to overcome this problem the SmartCAM Horizon as its name suggests, keeps your monitor horizontal at all times no matter what mode you are using your Steadicam in. So when you move your Steadicam from the high to low mode, or vice versa, you don’t need to re-balance the rig. 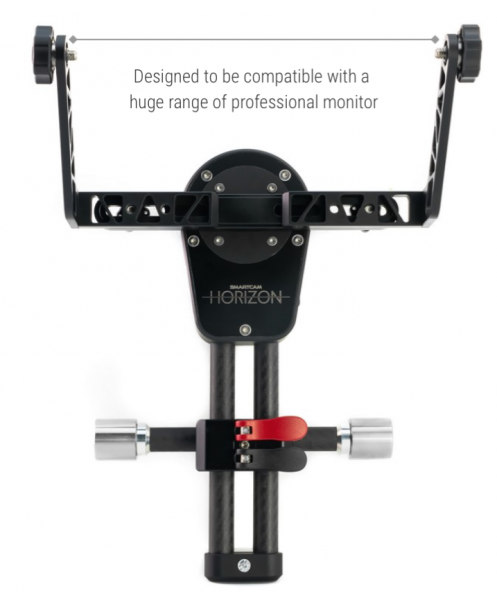 The SmartCAM Horizon works in exactly the same way as any normal monitor support, but when the Steadicam rolls or goes from high to low mode, the brushless stabilisers in the SmartCAM Horizon orientate the monitor to keep it perfectly positioned without the need for re-adjustment. The system supports most monitors between 6.37″-9.65″ in size.

The SmartCAM Horizon has a removable counterweight system for both the horizontal and vertical axis so users can adjust and balance their monitor depending on the which model they happen to be using. When I contacted SmartSystem and asked how the SmartCAM Horizon attaches to a Stedicam or gimbal, how it is powered, how much it weighs and how long it takes to set up and install, I was told “Horizon can be attached to steadicam via a standard monitor attachment since it is between these two elements. Obviously we’ll manufacture every kind of attachment for the various steadicams as well as for compatible gimbals. The Horizon can be powered via a standard Vlock voltage (the operator can take the power from the sled). As far as setting it up goes, It’s very straightforward. Attach the monitor to it, balance it like a “gimbal” (ie the monitor must to be balanced respect to center axis of Horizon) and power it up. The counterweight can be moved vertically and horizontally in order to take into account the design of the monitor.” 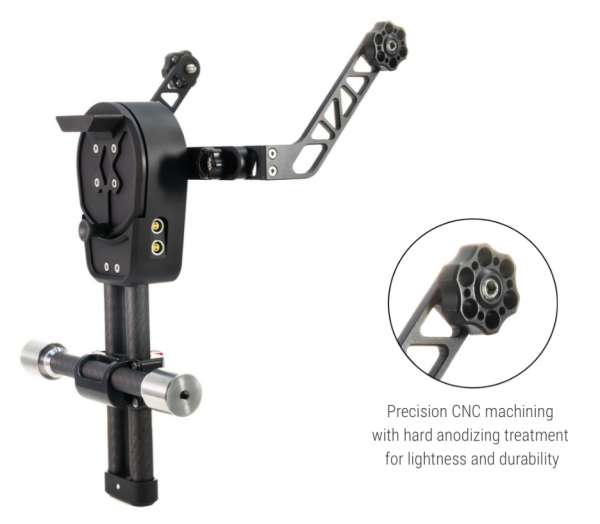 The Horizon weighs in at 850g (1.8lb). It has been CNC machined and anodized to remain light, but also very strong. 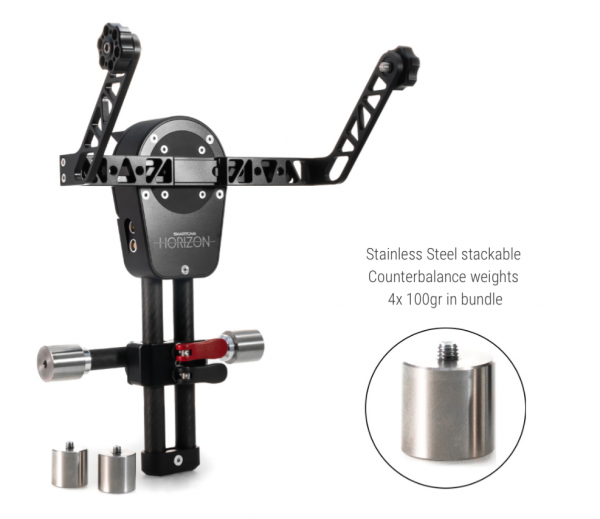 The Horizon doesn’t require the use of any tools and has seperate controls for horizontal and vertical counterbalance. It also uses professonal PushPull connectors so you can create a daisy-chain link with the monitor. 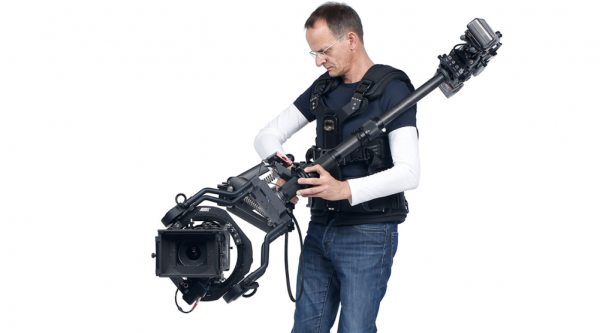 In the case of the ARRI Trinity system, it can already move seemlessly from high mode to low mode due to the unique head that is used on the sled. For operators to see what they were doing they positioned a little monitor on the hand of the sled. The main issue is that this monitor is quite small and then you have to run cables to and from the sled. With this in mind, the SmartCAM Horizon looks like it also may work quite well on the Trinity.

For gimbal operators you can attach the Horizon with any brand of monitor you may have to say a Ronin2 or MoVi PRO on top of your sled and then you are ready to go.

Price and what you get