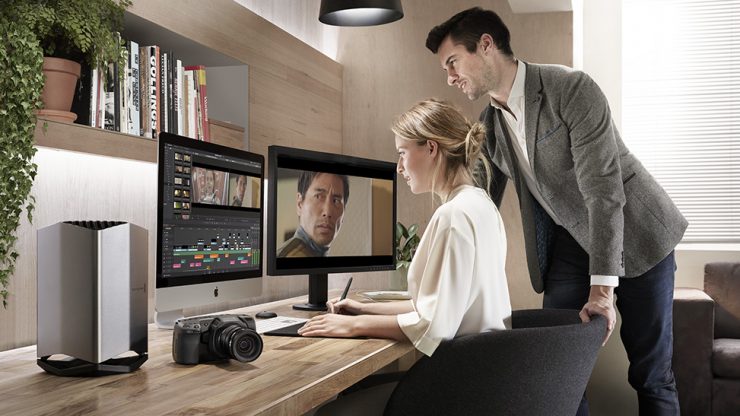 External GPU or eGPU for short are all the rage these days, but for FCPX editors it doesn’t bring better or more performance however if you cut with DaVinci Resolve this new Blackmagic eGPU will bring a big boost to your MacBook Pro and iMac with Thunderbolt 3 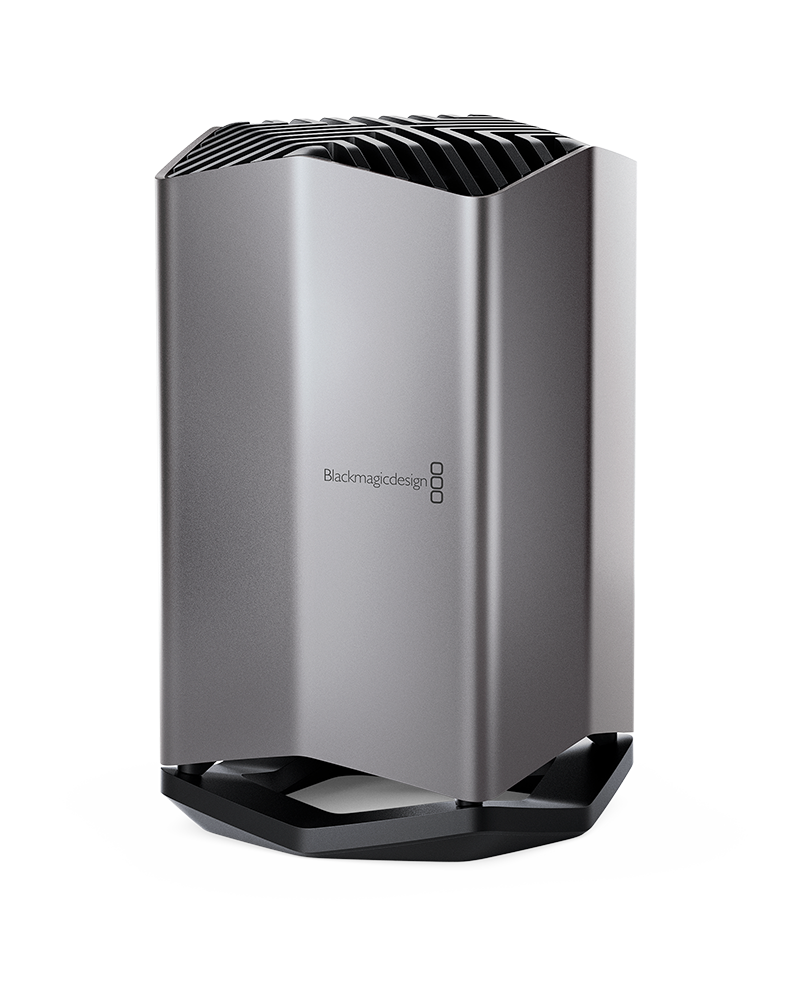 Designed for the needs of video editors, colorists and visual effects artists who need or want to have more GPU power while remaining mobile. The Blackmagic eGPU is a simple solution that plugs in via Thunderbolt 3.

Featuring a textured finish design, Blackmagic eGPU is extruded from a single piece of aluminum and features a unique thermal cooling system that’s been designed to balance the airflow and dissipate heat efficiently. The cooling system also enables extremely quiet operation as low as 18dB, vital for those working in video production and audio engineering environments. 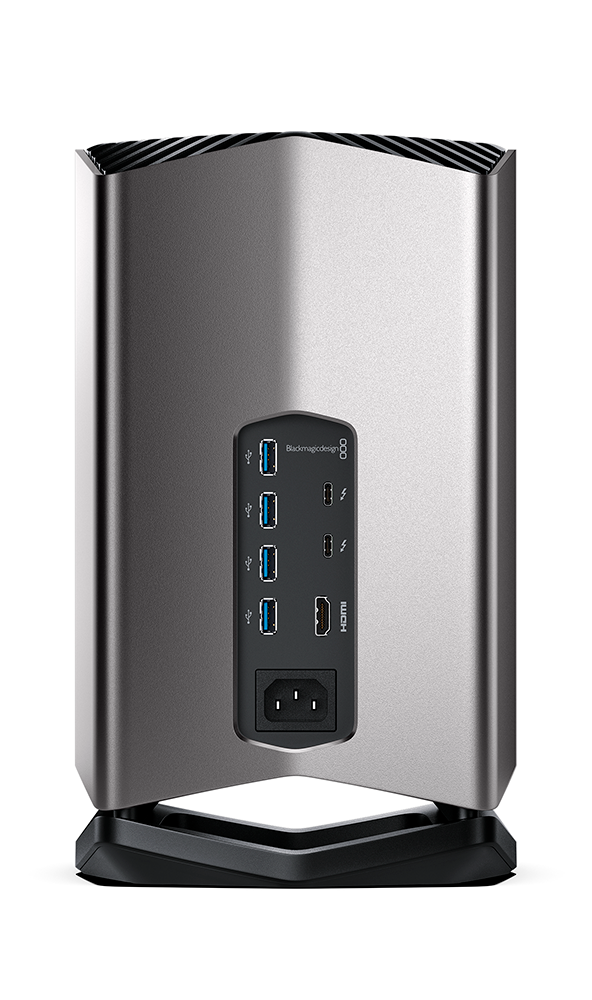 The Blackmagic eGPU features a Radeon Pro 580 graphics processor with 8GB of GDDR5 RAM, 256-bit memory bandwidth and 36 discreet compute units for up to 5.5 teraflops of processing power. The Radeon Pro 580 can fill a massive 38.4 billion textured pixels per second! In addition, the Blackmagic eGPU supports Metal graphics technology from Apple, which provides near-direct access to the GPU for maximizing graphics and compute performance with games and applications.

DaVinci Resolve 15 users can expect increased performance for editing with more real-time effects, color corrections with more nodes and ResolveFX such as film grain, light rays, blurs and more. DaVinci Resolve 15 also fully supports multiple GPUs, as well as Metal, so it’s the best way to get the full benefit of the Blackmagic eGPU.

In addition to graphics and computational acceleration, the Blackmagic eGPU is also a docking hub for connecting devices such as keyboards, mice, Thunderbolt monitors, big screen HDMI televisions, high-speed storage and more. It features two 40Gb/s Thunderbolt 3 connections, a built-in 4 port USB hub, and HDMI which supports 4K output. Plus, the connections are ergonomically spaced, making it easy to connect and disconnect peripherals. 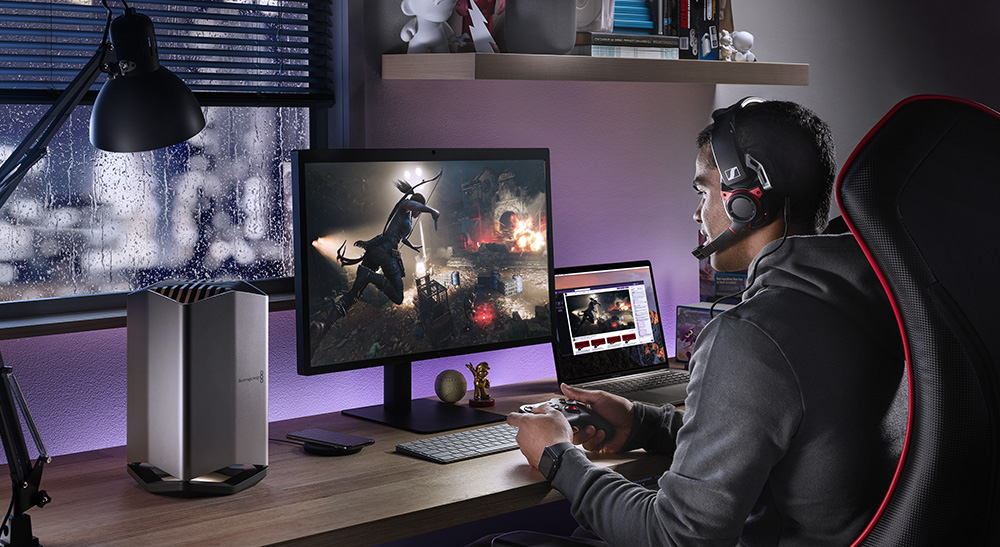 The Blackmagic eGPU has a well equipped built-in power supply that powers the GPU while also providing 85W of downstream power via Thunderbolt 3 for charging laptop computers and powering peripherals. The power supply works from 100V to 240V and features a standard IEC power connector so it can be used anywhere in the world.

The Blackmagic eGPU doesn’t come without a GPU installed and no other GPU options are available. I would like to see FCPX harness the power of the eGPU soon as I think many would like to see a Thunderbolt 3 iMac get more graphics processing power as well.

The Blackmagic eGPU is available now for US$699 exclusively from the Apple store and selected Apple retail outlets worldwide.