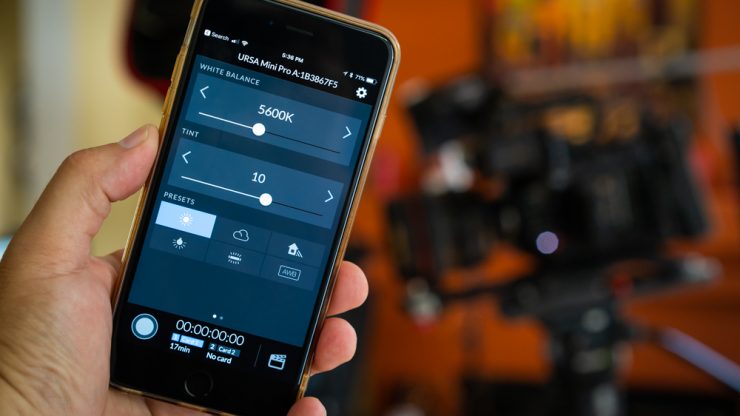 Blackmagic Design’s Camera Control app this week has an update. This app allows setting changes via Bluetooth connectivity however it doesn’t work with an iPhone and that is a little frustrating if you want to keep it simple or just don’t own an iPad. I have two or should I say had. I lost my iPad Mini and I can’t find my vintage iPad. Ugh… but, I always have my iPhone.

BMD released an SDK (Software Development Kit) for developers to write apps for the camera and I found one that does work with an iPhone. It’s not full-featured but has most of the settings options the official Blackmagic Camera Control iPad version has. 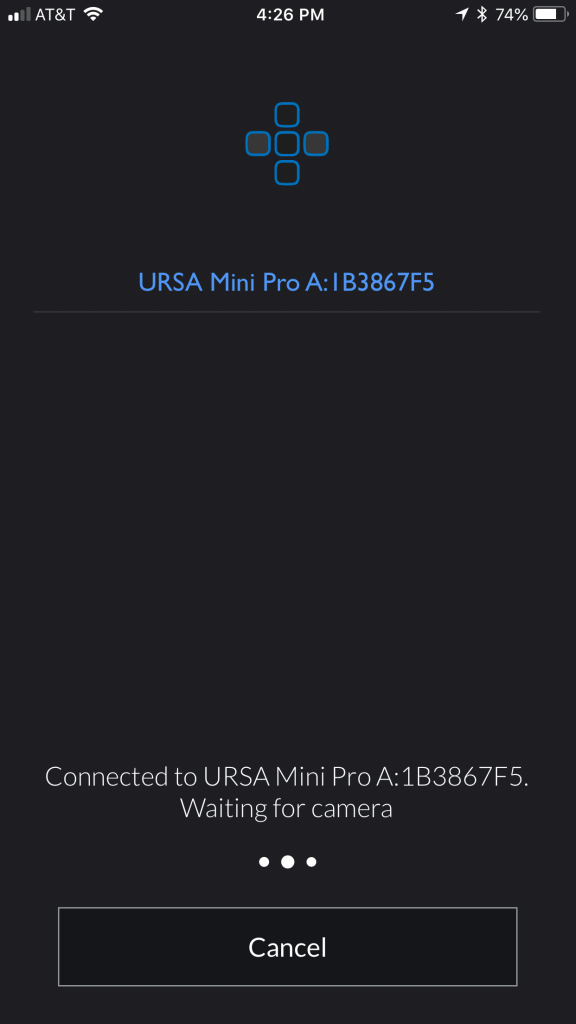 Once you enable Bluetooth in the URSA Mini Pro the app finds it very quickly. A numerical code shows up in the camera’s menu. Simply input the code in the app and it connects. 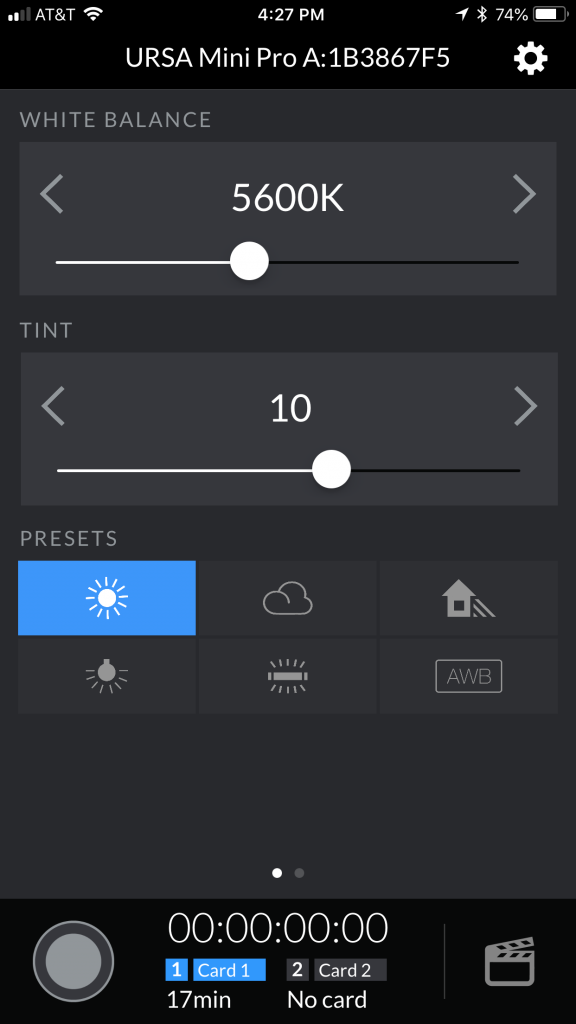 The BMD Bluetooth Control+ app doesn’t have as many menu setting options as the official free iPad app for iPad but it does one important function I need and that’s record trigger. As you can see on page 1 of the app it’s very simple. Changing parameters and settings is instant with no lag or delay. 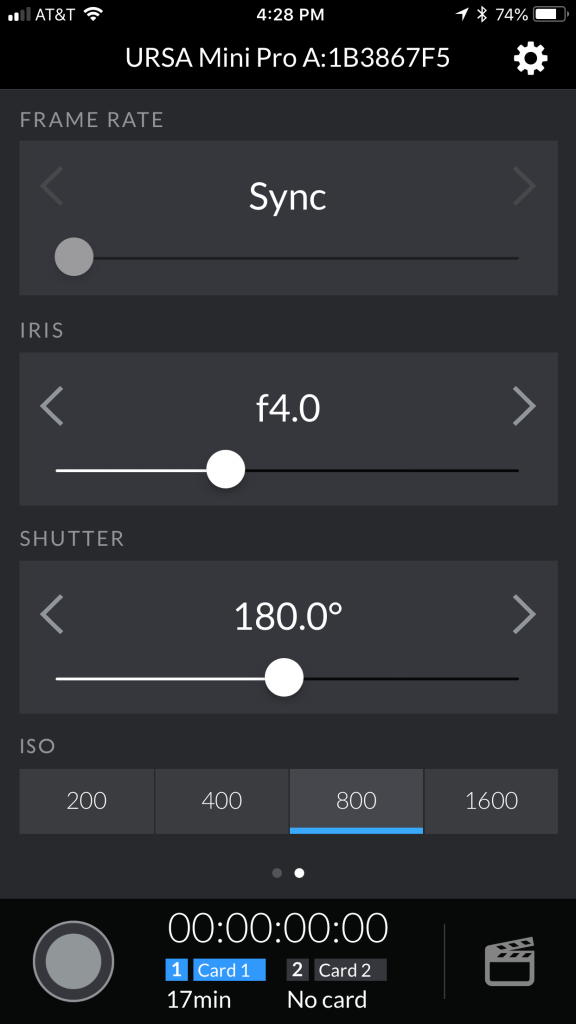 Page 2 has the frame rate, iris, shutter and ISO parameters while keeping the ability to trigger record and change media cards. 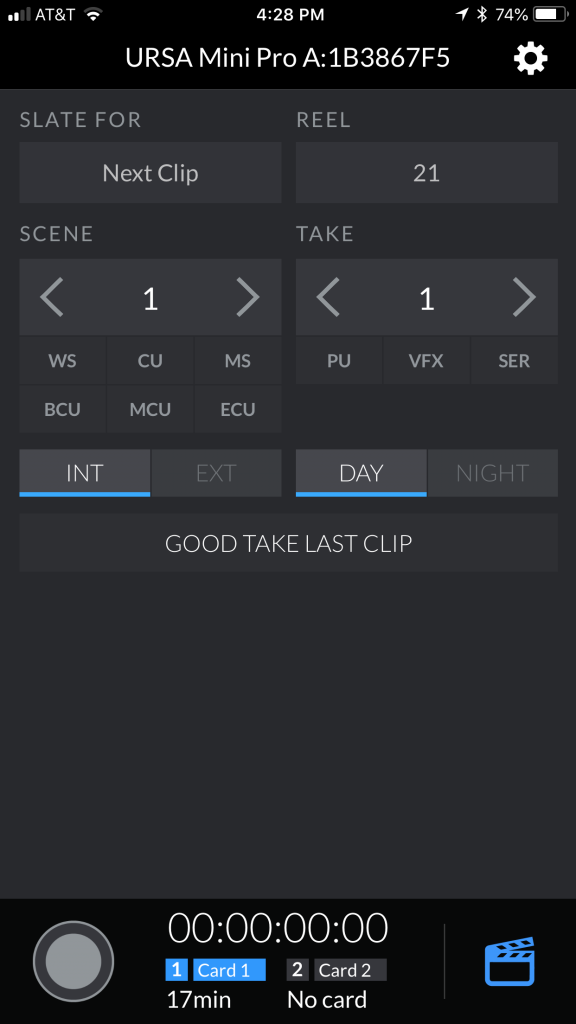 On the bottom right corner is a Slate option.

While the app isn’t free at $4.99 it does work well with my limited experience using it and the price isn’t too high making it a useful cheap app for those times when you need to make changes but are not behind the camera. One feature I sure would like to see added is a one-shot autofocus setting. That would make this app pretty darn good for shooting yourself with no camera op in sight. That’s my world folks!

The app can be purchased from the Apple app store.

Blackmagic Design released a new firmware update Version 5.1.1 for the URSA Mini Pro and Broadcast camera, It’s not a big one but good to stay current.

After loading the software on the Blackmagic Cinema Camera PL, EF or MFT, you may notice a slight flickering on the built-in LCD screen. This is normal and expected behavior. The flickering will go away after a few minutes of operation.