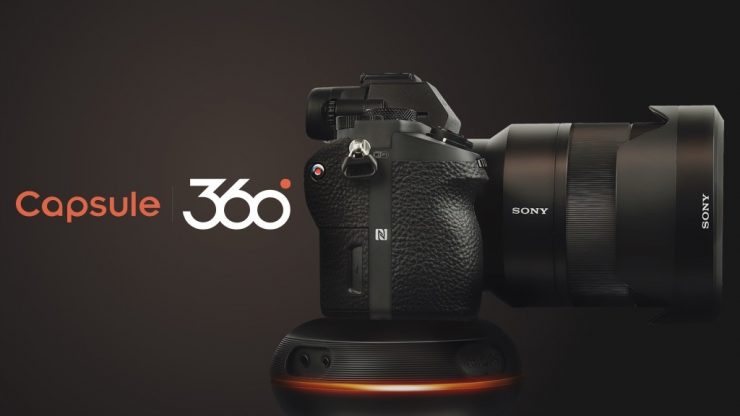 MIOPS has launched the Capsule360 on Kickstarter, a compact motion control box to slide, pan or tilt the camera.

MIOPS is not new to Kickstarter, successfully launching the Mobile Dongle, Mobile Remote, Splash waterdrop kit & Smart. These previous products all focus on triggering the camera but the new Capsule360 campaign focusses on adding motion to the camera.

The Capsule360 is essentially a small box with a motor. The Capsule360 can be used individually or combined with a few to provide more control for other axes. Combined with the Capsule Slider which almost looks exactly like the Edelkrone SliderONE, you can also add slide control.

At only 250g each, 10.5cm wide and 7.3cm tall, you could easily pack one or a few in your travel kit. The Capsule360 utilises Bluetooth 4.0 Low Energy for long battery life and Miops claims up to 8 hours of battery life when shooting video and up to 7 days when capturing motion time-lapse.

As with most motion control units nowadays, they are controlled via a smartphone app available on iOS or Android. With four years of experience with mobile app connected camera products, you would expect that the new Capsule360 app will be easy to use with a clean intuitive interface. If you are using multiple units in a three or four axes setup, the app will automatically identify which unit is control which axis.

If you want to also control the camera shutter, the Capsule360 has a camera port to plug in the Mobile Dongle. You will need to check if your camera is compatible with the dongle.

Here are some of the main programs the app allows you to do:

Some of these programs also require the Turntable Kit and Capsule Dolly.

As of writing there still remain a few Earlybird packs. Regular Kickstarter pricing is as follows.

At USD $899 for the Full pack which includes the Slider, three Capsule360 units and the L bracket for a 4-axis setup and mobile dongle for triggering the camera, it does seem like an affordable option since you can also break them up and use them individually. The main limiting factor here would be the maximum payload, more so on the tilt axis. Miops claims a maximum payload of 7kg (centered). The Capsule360 is clearly designed more for mirrorless size cameras. Anything larger and you will want to look at a setup like the Genie II from Syrp but then you are also looking at USD $2,498.