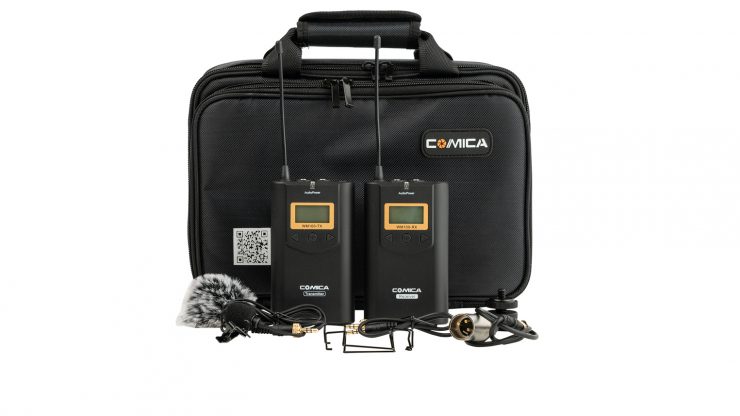 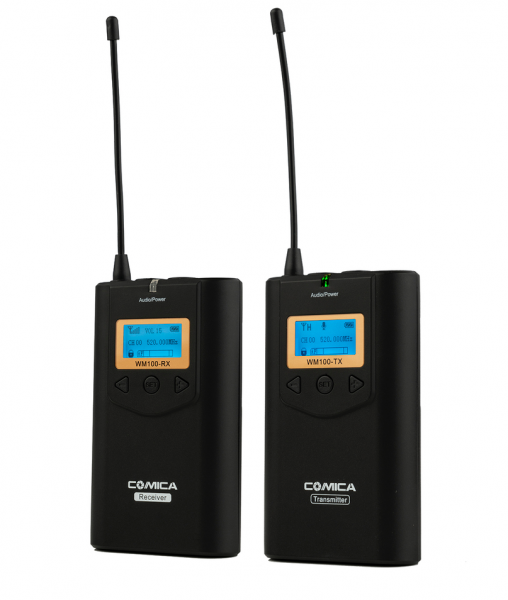 Both the transmitter and receiver use two AA batteries. The CVM-WM100S can be used on up to 48 available channels (in the 520-534.1MHz range). This 520-534.1MHz operating range falls within the FCC guidelines. According to the FCC- This band is used in the Broadcast Television Service, the Low Power Auxiliary Service, and the Low Power Television (LPTV) Service (including TV Translator, TV Booster, and Class A Stations). Operation of unlicensed Part 15 Devices is permitted between 512 and 608 MHz. The wireless system also allows you to monitor for signal interference. If there is a lot of interference on one channel, you can scan through others until you find a clean, noise-free channel to use. Both the transmitter and receiver can be worn on the belt, mounted to the included cold shoe mounts, or attached to an accessory arm via the 1/4-20 mounting point on each unit. 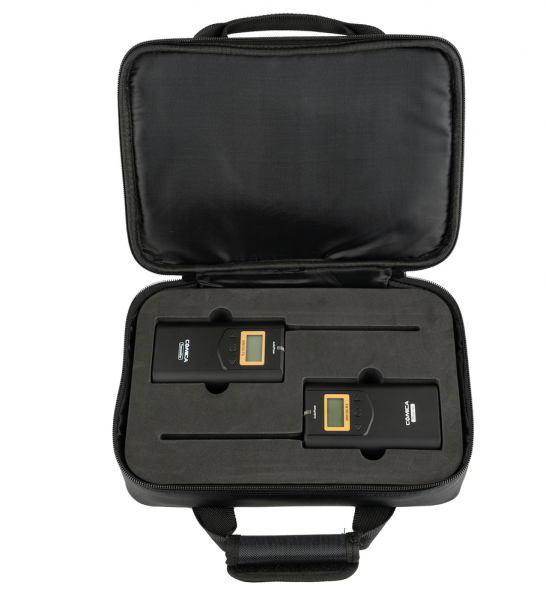 The CVM-WM100 has a claimed range of just 100m (328ft), but considering its low cost I wouldn’t expect it to work over large distances. As far as transmitting power goes you can choose between 10mw or 30mw.  This product has been around for almost a year, but previously it was only being sold on places like Amazon. Now Ikan are selling the CoMica products. 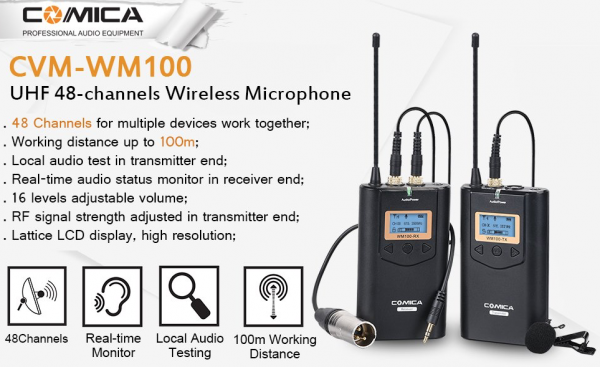 I haven’t personally used or even seen CoMica wireless systems before. Just how well they actually perform and how good they sound is something that very much an unknown. I have read plenty of reviews of the CVM-WM100 on Amazon and they mostly sound positive. At $194.99 USD the CVM-WM100 is considerably cheaper than say the RodeLink Wireless Filmmakers Kit ($399 USD), but not as cheap as the Saramonic SR-WM4C ($99.95 USD). 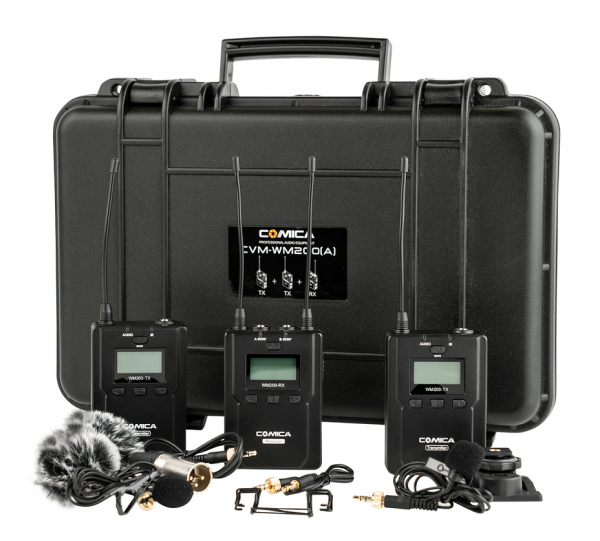 CoMica also has a dual-transmitter and receiver wireless microphone kit from that comes in two different varieties.  The CVM-WM300A  kit runs on built-in rechargeable lithium-ion batteries and has a maximum range of 120m, while the CVM-WM200A runs off AA batteries.

The transmitters have a large switch on the side to designate which unit is the A unit and which is the B. Then, you can either assign each a channel manually or use the IR search function to allow the transmitters and receiver to identify which channel has the least amount of interference and automatically assign themselves to that channel. The transmitters can be mounted on a belt camera cold shoe mount, or an accessory arm via the 1/4-20 mount on the back. 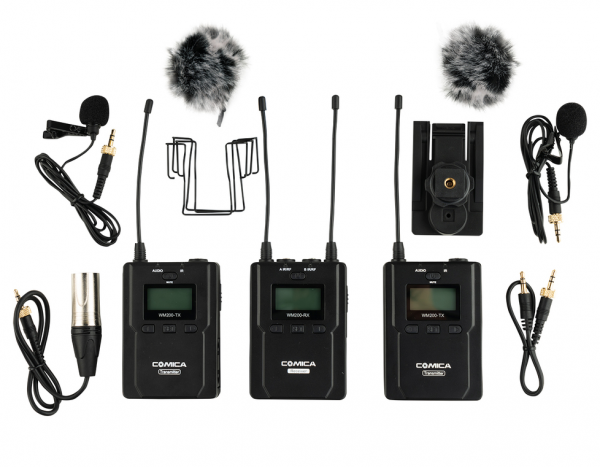 Have you used low cost, entry-level wireless systems before? What have your experiences been? Let us know in the comments section below.