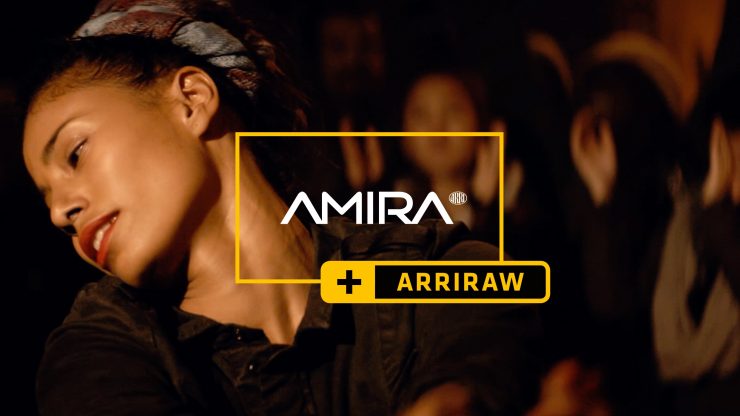 ARRI has just officially announced that ARRIRAW is now available for the AMIRA. This update gives Amira users the ability to capture in-camera 16:9 2.8K (2880 x 1620) MXF/ARRIRAW recording at frame rates of up to 48fps. This is not a free upgrade and comes in the form of a license key that can be purchased for 3,180 € ($3,730 USD). 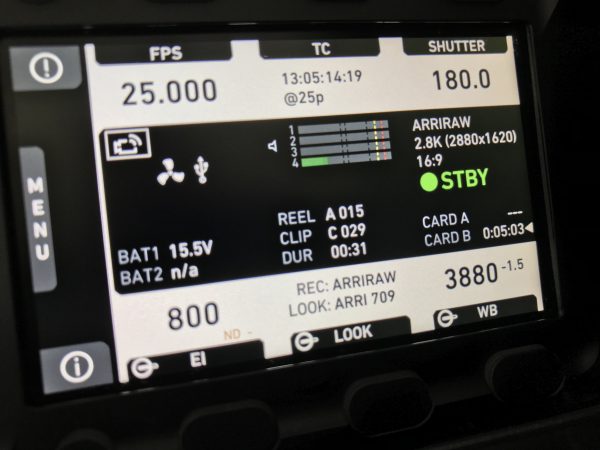 ARRIRAW is an item that has been requested by AMIRA owner/operators ever since the camera was first announced back in 2013. “It’s a response to an increasing demand,” says Markus Duerr, the ARRI AMIRA Product Manager. “With the growing popularity of ARRIRAW, more and more AMIRA users have been asking us to make it available to them.”

ARRIRAW data produced from an ARRI AMIRA is for all intents and purposes, a digital version of a camera negative. It is the only format that retains the camera’s natural color response and exposure latitude as uncompressed and unencrypted sensor data. The originally recorded raw data remains pristine, providing flexibility in postproduction and raw data archiving.

The AMIRA’s ARRIRAW recording is done in the same way as in the ALEXA MINI. The clips do not require specially formatted CFast 2.0 cards, so MXF/ARRIRAW and QuickTime/ProRes clips can be mixed on the same card. ARRIRAW Converter supports AMIRA MXF/ARRIRAW files from version 3.5.3.5; ARRI Meta Extract requires version 3.5.3. 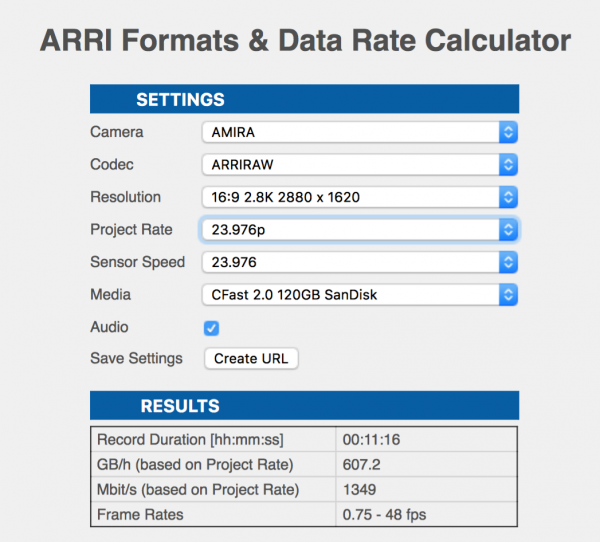 So does ARRIRAW differ from some other RAW recording options on other cameras?

RED cameras shoot in REDCODE, which has compression options from 3:1 to 18:1. As another example, Sony’s F65 has 3:1 and 6:1 compression options in the F65RAW mode. The Raw data is compressed in much the same ways that traditional video is compressed. These cameras are often considered fairly lossless (limited quality loss), but even still, this compression process does have some effect on image quality.  The difference with ARRIRAW is that it is uncompressed Raw data, which is the closest thing to a true uncompressed signal. The upside to Raw recording is that no typical video processing has been baked in. The sensor outputs exactly what it sees – no white balance, ISO or other color adjustments have been made by the camera. If you couple this together with the high bitrate and color depth it allows for maximum flexibility in post.

ARRIRAW does come at a cost

It is important to note that to record in 4:3 modes on the ALEXA Mini you also have to spend an additional 3,180 € to purchase the 4:3 License key. 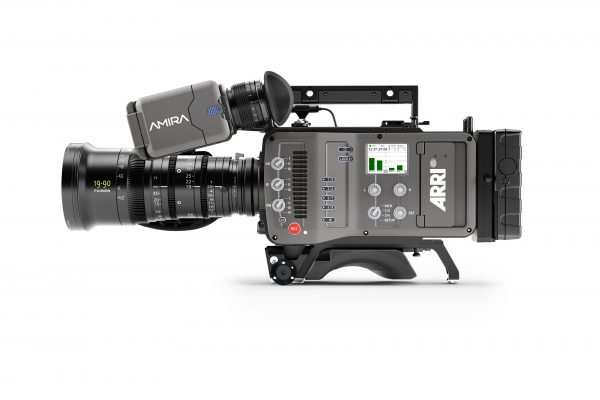 According to ARRI, the technical reason that the AMIRA can’t record Open Gate ARRIRAW is that the sensor does not meet the qualification for 4:3.  When asked about this, Markus Duerr, the ARRI AMIRA Product Manager said “Even though the sensors technically are the same, the AMIRA sensors are only qualified in the 16×9 sensor area and not in the 4:3 area. This excludes to use them in 4:3.”

With the announcement of ProRes RAW from Apple back in April, AMIRA owners/users have also been asking ARRI whether they will implement this new codec in the camera down the track. The response from ARRI was “Right now we’re looking into ProRes RAW, but MXF/ARRIRAW is our gold standard which has full priority.” 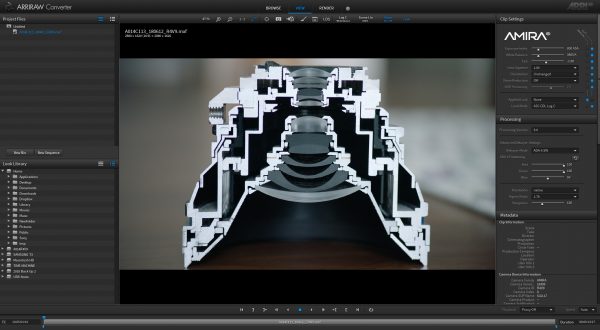 The workflow for dealing with ARRIRAW on the AMIRA is exactly the same as that of any other ARRI camera. It is important to note that currently Lens data is not displayed in status info nor embedded in metadata in ARRIRAW 2.8K recording mode.

The ARRIRAW files can be converted in programs such as DaVinci Resolve and ARRI’s own ARRIRAW Converter software. In a single-sensor camera like the AMIRA, color is produced by filtering each photosite (or pixel) to produce either red, green or blue values. The most common color pattern of the Bayer pattern, that was invented by Kodak’s Dr Bryce E. Bayer. The Raw data represents the value of each photosite. As each pixel contains only one color value, a Raw image isn’t viewable on a monitor.  a video signal that we can see on a monitor, each pixel contains full color and brightness information; video can tell each pixel on a monitor how bright to be and what color. This means that Raw isn’t video. For a Raw to be seen it has to be converted to video for viewing and use. This is primarily done through a de-Bayer process, which determines both color and brightness for each finished pixel. This de-bayer process can be very time-consuming despite it being a fairly simple process to do. 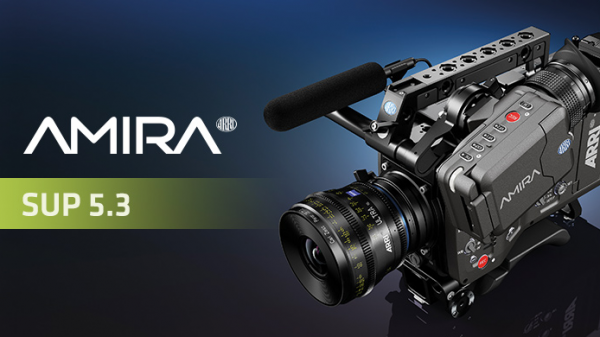 To take advantage of using ARRIRAW you will need to update to the latest SUP 5.3 firmware that was also released today. SUP 5.3 enables and adds the following functionality: