Back in 2016, Aputure introduced the COB Light Storm 120t. Since then they have produced a daylight version (12od) as well as the high output Light Storm 300d. The fixtures share the same popular Bowens mount that supports a ton of 3rd party accessories widely available such as beauty dishes, snoots, and softboxes. 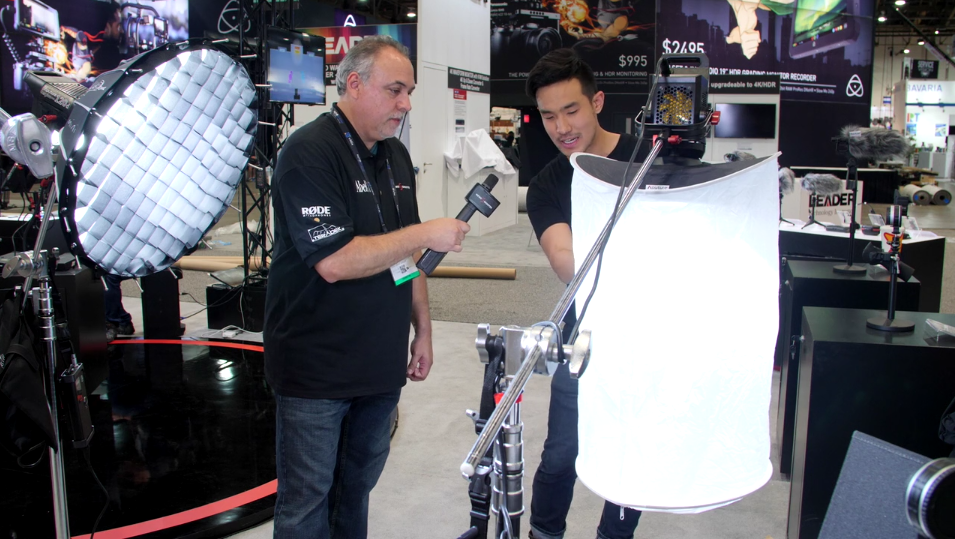 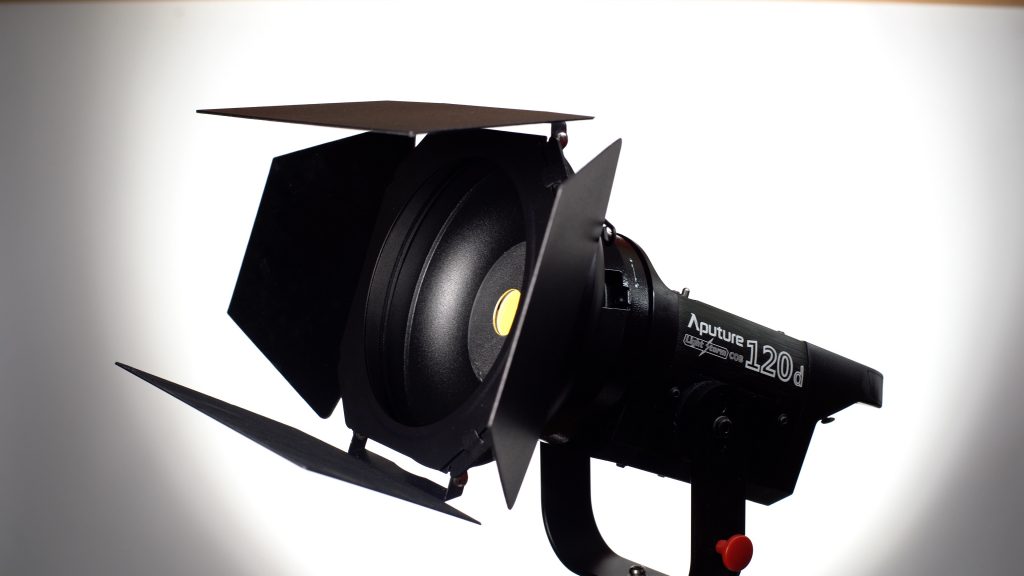 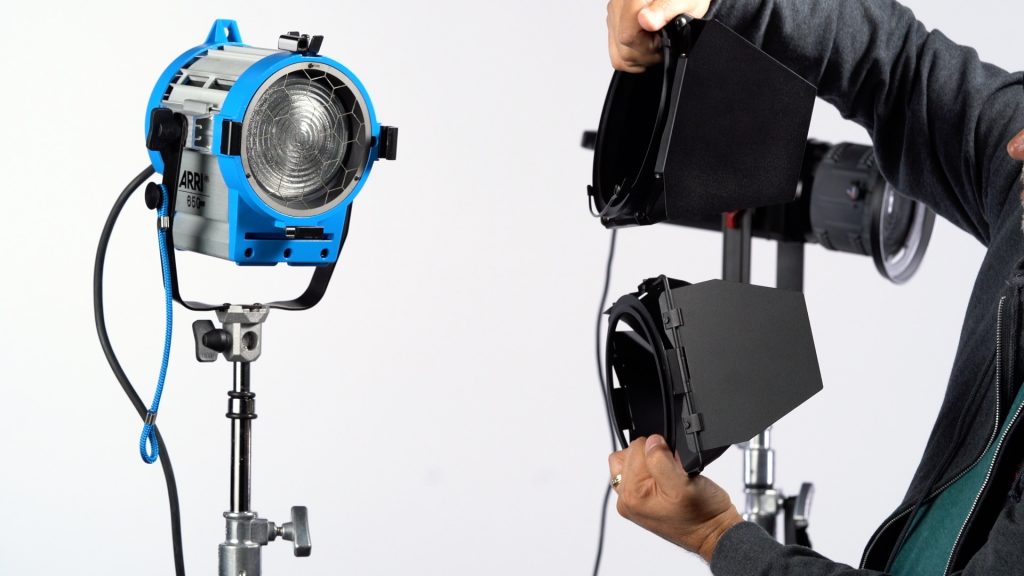 Each of the four flags on the barn doors has felt added to suppress reflections. The doors are tight on the mount and hold positions as it should. 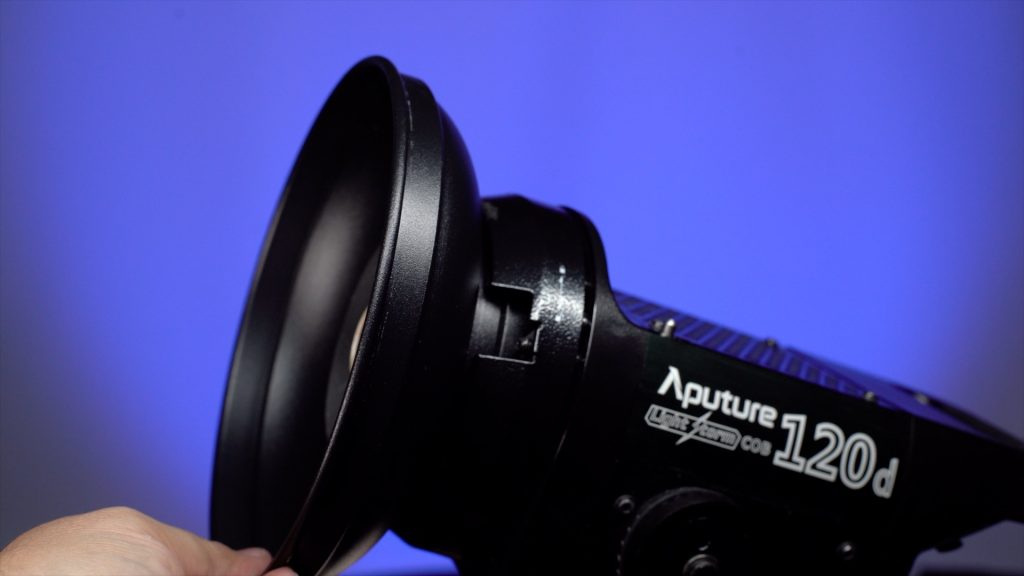 The barn doors come with a shorter Bowens mount. This keeps the fixture shorter and gets the doors closer to the COB light source for better control.

To mount the barn doors, it uses a stiff wire that locks into a notch on the mount. It’s not a new design as I’ve seen this with 3rd party models. This mechanism holds fine, but if you tug on them really hard they will come off of the Bowens adapter. Don’t do that. 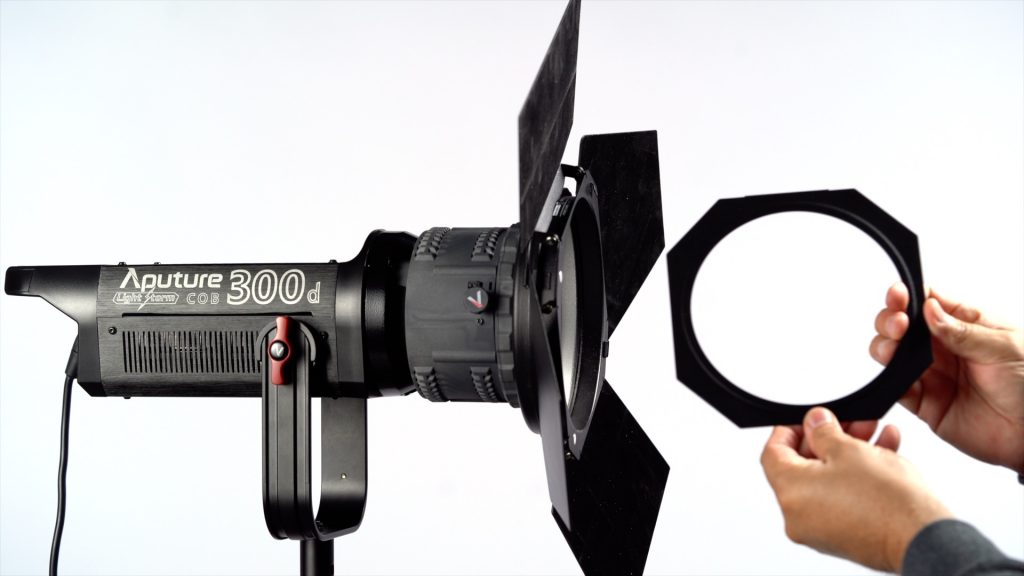 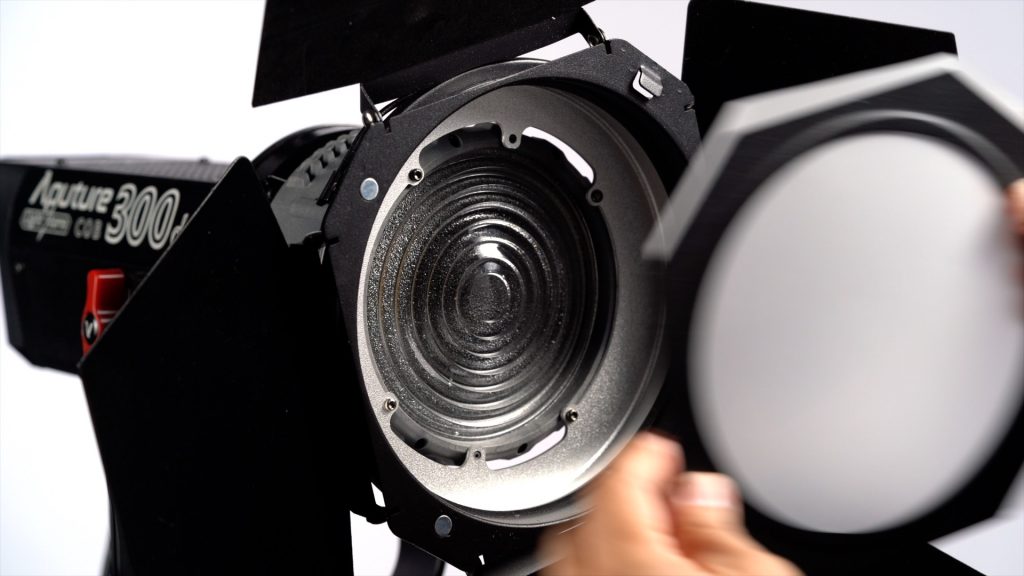 I tested some Rosco Color Effects Filters on the 300d and the gels melted in the center. I also tested Lee Filters Master Location Pack colored filters and they worked perfectly. In order to prevent the Rosco filters from melting, I had to use the larger modifier that is included with the 300d. This puts the gel farther away from the COB.

I tried them on the 300d with and without the fresnel. I was surprised how mushy the fresnel is with the 300d. The fresnel does increase the output of the fixture, however, I wasn’t able to get a clean cut with the doors. The ARRI for example, without the Fresnel, I actually got a better cut. Strange right? 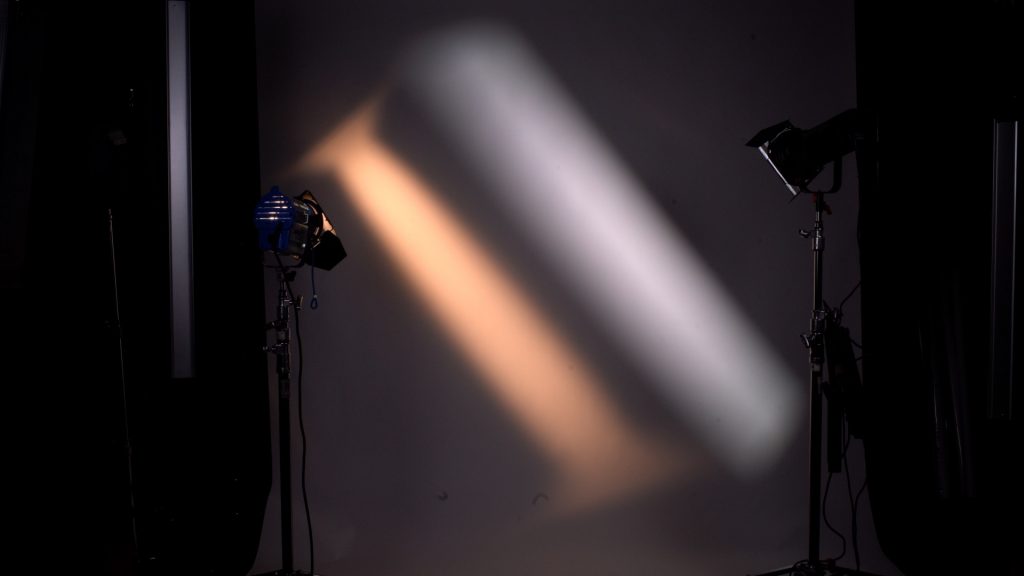 The design of the Barndoors performs better than the ARRI’s for a clean cut. All Barndoors have some leak, however, Apurture’s design doesn’t allow much light from the side due to good coverage from behind near the mount. The ARRI doors don’t get as close together either while the Aputure barn doors has cleaner ends.

These are still pre-production models. I like the build quality, however, wish they were a little lighter. It’s nice to have a more compact Bowens mount for them but would have preferred to not have two pieces. If it was a single piece then it would make attaching them to the fresnel impossible. The filter holder is very nice. Much better than clipping to the doors. Get a few of your favourite pre-cut and you’re good to go! All in all, a better solution than what is readily available. Pricing and availability have not been formally announced yet. Aputure states they will cost around $50-$70 USD, and start shipping some time in July-August.

Side note. I shot this review with the Sony a7 III without a profile. I do think it’s more contrasty than I like but overall it looks good. I’m now playing with CINE4 and Stills colour. Nice combo!