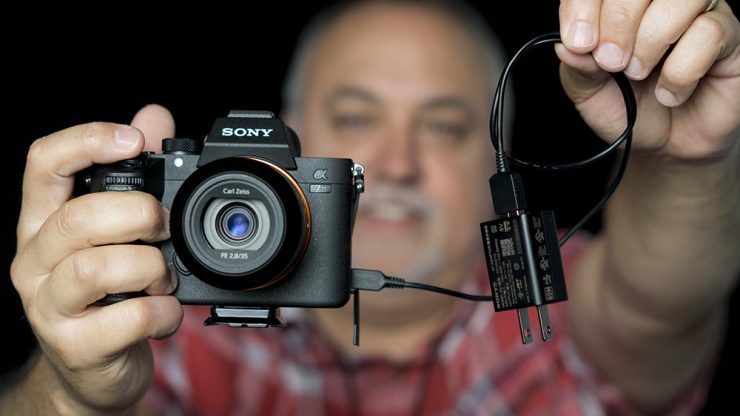 I just picked up the new Sony a7 III mirrorless full frame camera and to my surprise, it doesn’t come with a charger. What? Yep. No dedicated charger. Maybe this is what Sony means by the a7 III is the “entry-level” full frame model 🙂

The A7 II was also packaged the same way, without a dedicated charger. Rather than add more to the price of the camera to keep it under $2K Sony opted to make it an option. While this sounds like a good business decision I feel it’s a necessary item to include. Here is why.

What you get with the Sony a7 III

The kit comes with a camera strap, the much improved NP-FZ100 Rechargeable Lithium-Ion 2280mAh Battery ($78.00US) and a Micro USB cable with A/C adapter. Yes, something vital is missing. The Sony BC-QZ1 Battery Charger. If you decide to buy one it retails for a whopping $88 USD. Seems like that’s one special charger right? Maybe it is. 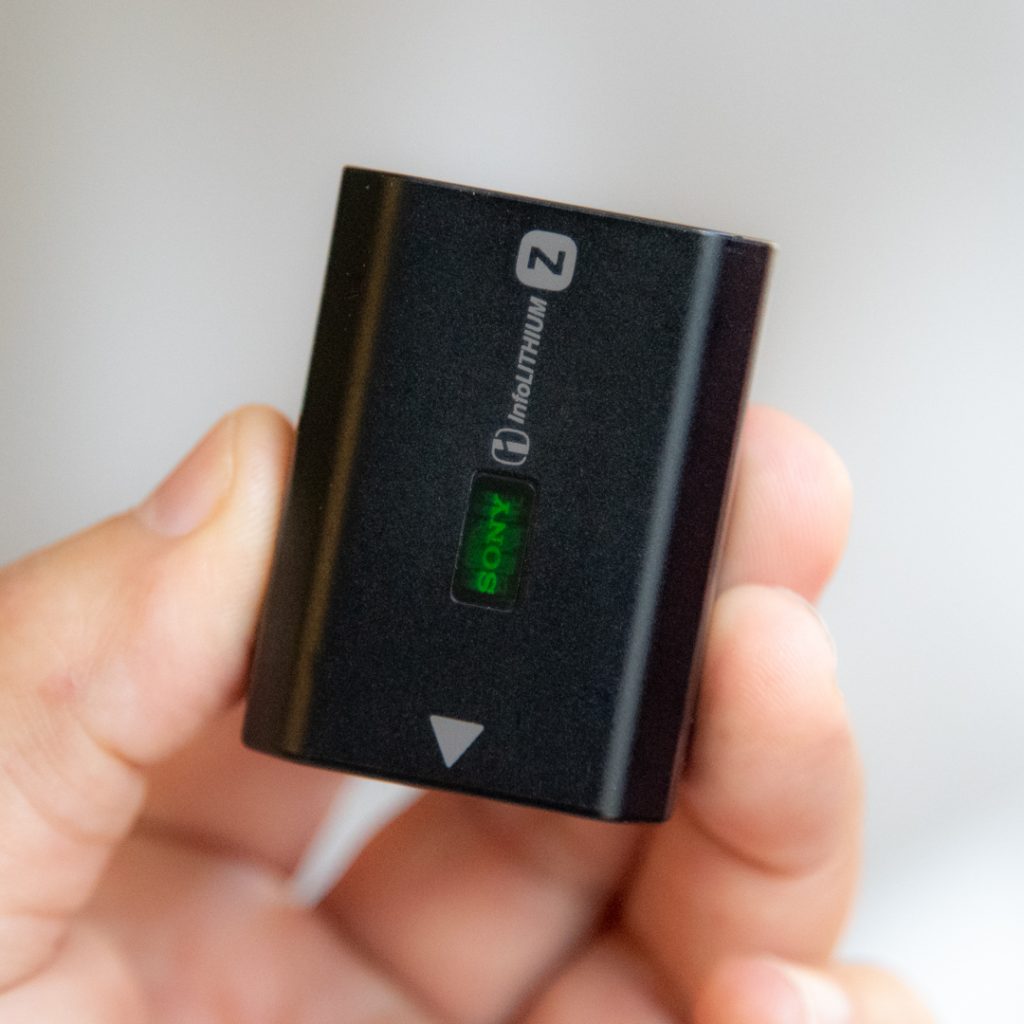 The Sony a7 III, as well as the a7r III and a9, all, use the new and much improved Sony NP-FZ100 battery. This is a huge upgrade and I’m enjoying the longer battery life. In fact I feel I could easily go with only two batteries for a photo outing, however, three batteries is a better option. It’s nice to go home with a little juice left plus you could misplace one or just plain forget to pack it. Yeah. I would never do that….

Here is a question we ask ourselves a lot. Should I buy the Sony OEM battery or get a 3rd party one that can be had for roughly half the retail cost of the OEM? I’m about 50/50 on this because I like to save a few bucks on accessories and batteries, for the most part, popular 3rd party models seem to work well.

Also, I’ve noticed over time, that the OEM ones have longer run time and will on average outlast the cheaper aftermarket variety. Do you actually save money on the cheaper ones? That’s a tough call. With so many brands out there it’s impossible to make a definitive statement on this. My own experience has been that the OEM’s is hands down the most reliable, has longer runtimes and outlast the cheaper varieties. However, I fully understand the practice of saving a buck when you can.

A Charger. What should I buy and do I need one? 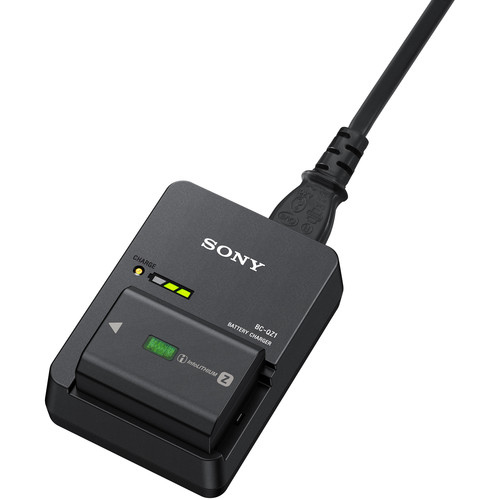 Kidding aside, yes, you actually do need a charger for the Sony a7 III. The camera can use the supplied micro USB cable to charge the battery as well as use a portable USB battery like the type you travel with for a smartphone but the charging time is ridiculously long. While I love the feature, it’s great as a backup but not as the sole option for charging. Here are a few reasons why. 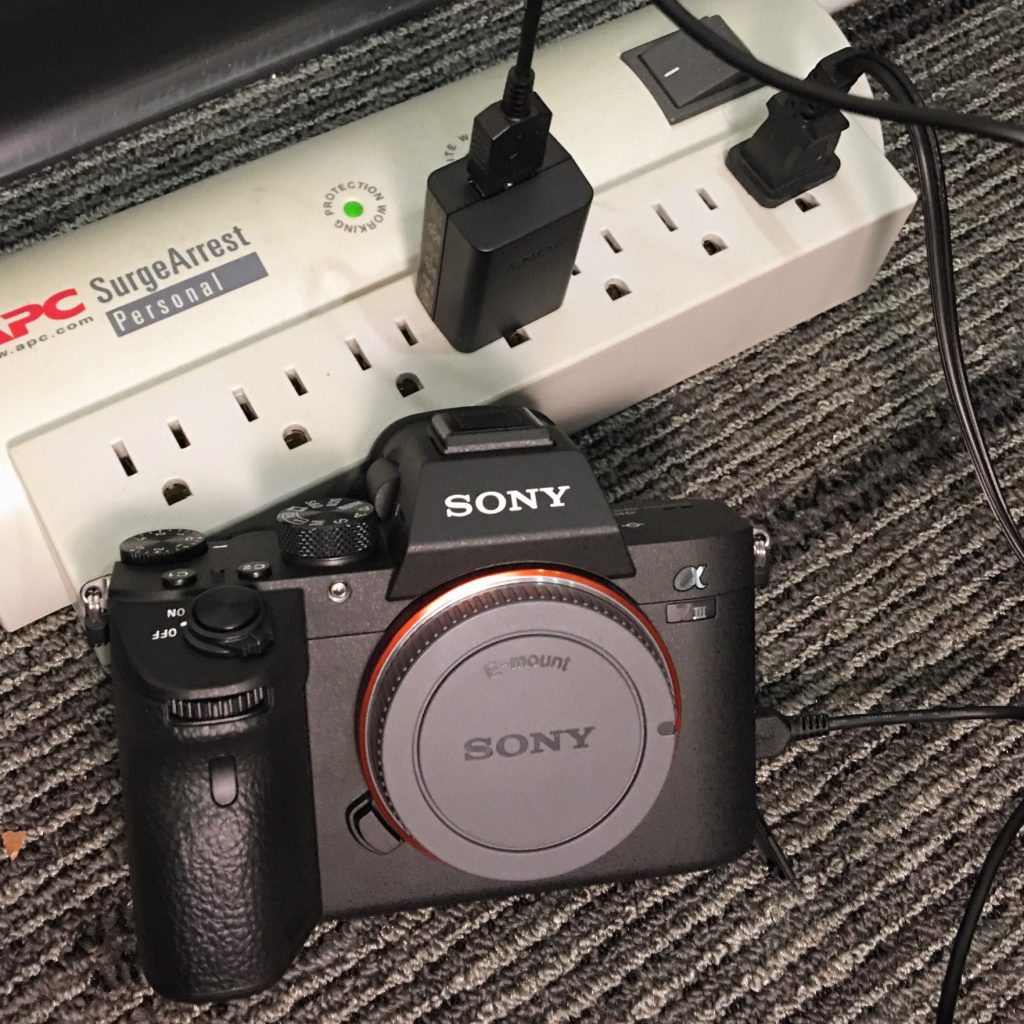 You can’t really use the camera if it’s plugged into a wall charging. Also, it takes forever to charge. How about over four hours. That’s a long time to wait. Trust me it’s painful. When the camera arrived the battery was fully depleted. I had to plug it in and wait. Now you know I didn’t wait 4 hours. I charged it up to about 50% and started to play.

Once I figured out how long it took to charge via either USB connector I decided to search out charger options. Here we go again. OEM or 3rd party? Feeling a little short on cash after dropping $2K on the a7 III I decided to try aftermarket charger from Amazon. To my surprise, I had a few options including some dual chargers with and without batteries. 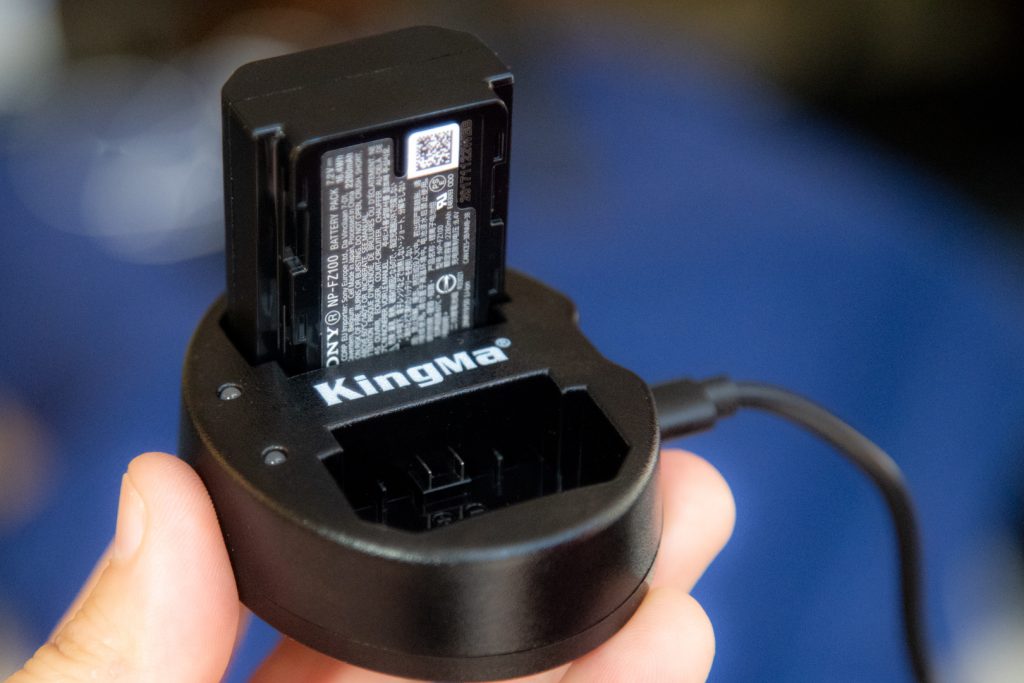 I went with the KingMa dual charger that cost only $13.99 this seemed like a great deal! Or is a case of “you get what you pay for”? After testing the charger two things happened. The first is after the battery charged to around 50% the charger shut down. That’s strange. I checked the Apple USB A/C adapter I used and wow was it hot. The battery and the Apple adapter didn’t match up for the amount of power the charger needed. Also, the charger didn’t come with its own USB A/C adapter so I’m assuming they think you will use the Sony adapter with the charger.

I plugged it directly into an another A/C USB socket that’s built into a wall plate and that worked fine. I’m assuming the Apple version doesn’t supply enough volts to properly charge the Sony battery. The good news is that it will charge the OEM Sony NP-FZ100 battery. Some OEM batteries don’t work with 3rd party chargers.

How long to charge?

With the inexpensive KingMa dual charger, it took…. wait for it…. over 4 hours to charge! What? That’s not good. I mean, it’s better than using the camera as a charger plus it does charge two at the same time but this is way too long. The issue here is the voltage and amps are too low with USB. To charge faster I would need a non-USB type charger. Back to shopping. 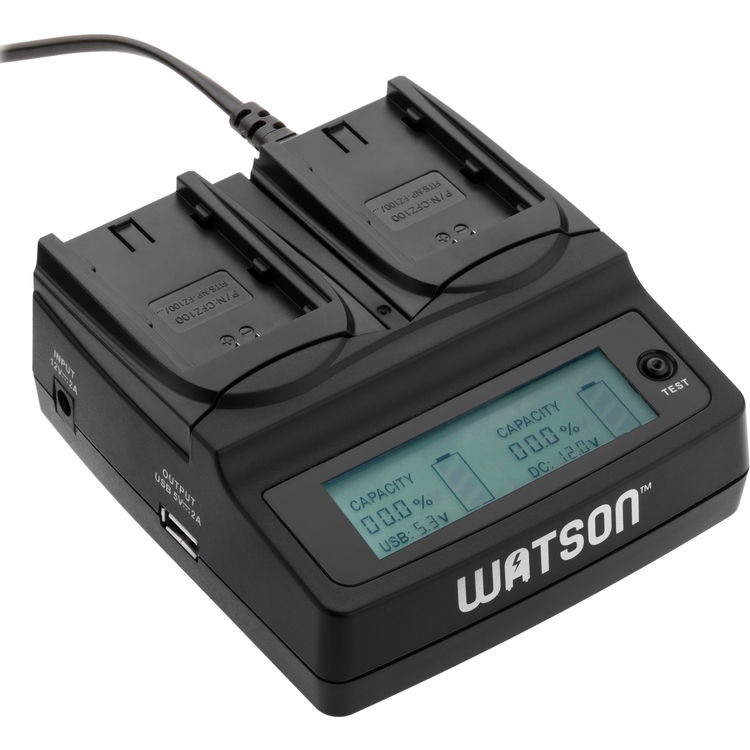 I’ve been using Watson dual chargers for many years. I’ve had good luck with the four I have. Yes, that’s a lot of dual chargers but the Watson’s have a very cool feature. 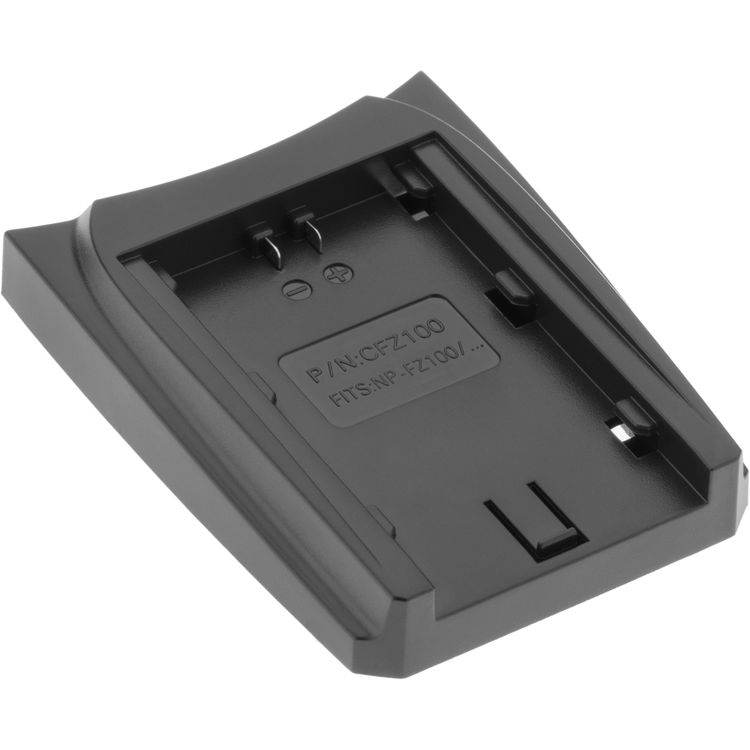 The plates can be swapped out for different batteries. I have a lot of batteries for other devices and cameras so the Watson has been really great. The bummer was the plates were back ordered when I ordered the camera so I couldn’t get them at the same time. They are really cheap as well costing only $2 each. This makes my existing charger a $4 upgrade. Literally three days after I ordered my Sony a7 III they were available.

With a completely depleted Sony NP-FZ100 battery, the Watson charger took approximately 2.5 hours to fully charge the battery. Now that’s much better! The Watson charger cost $69. Not cheap but it charges two batteries at the same time plus has a USB charging option on the side to power or charge other devices. I think it’s a great option and if you have other batteries just pick up a couple plates for them.

It’s about the voltage 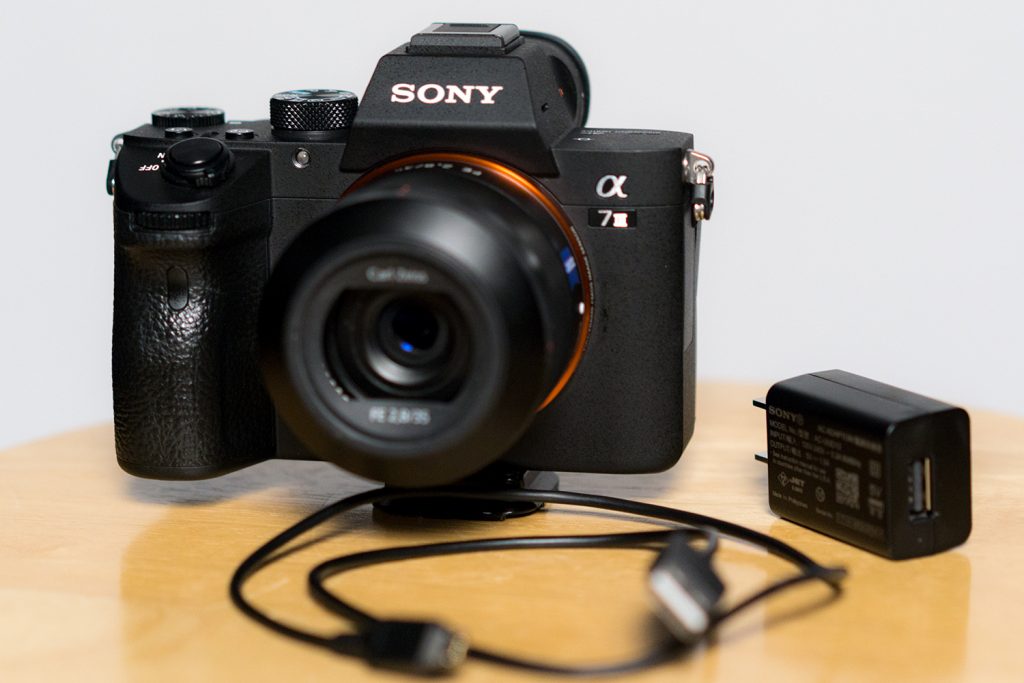 The reason the Watson works so much better is it supplies 12 Volts as opposed to only 5 volts from a USB charger. If you are shopping around this is the most important specification to look for and stay away from USB type chargers. More juice equals faster charging. The OEM Sony BC-QZ1 Battery Charger also charges pretty much as fast as the Watson, however, cost a lot more and only charges one battery at a time. As for those third party batteries? I might pick up a few extra batteries from 3rd party companies to try out but I think I’ll stick with the Sony OEM NP-FZ100 for now. Yes, they cost more but will last in the long run. Is the Sony charger worth the expense? and how much luck have you had with 3rd party batteries? Let’s talk in the comments section below. 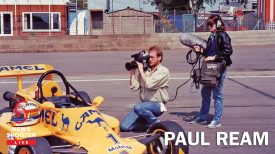 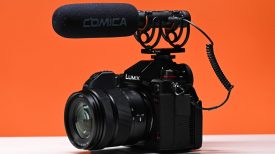