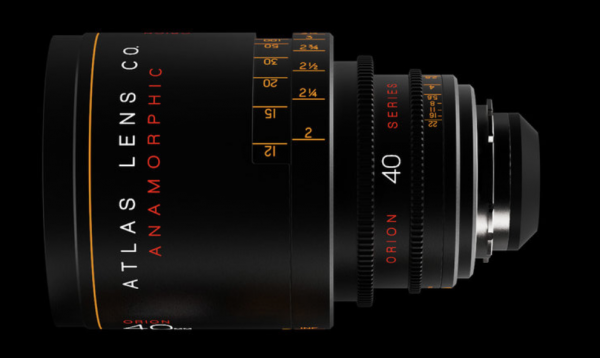 The material shot looks really nice and the combination of the MAVO and the Atlas Orion T2 lens certainly produces nice results. The Atlas Orion anamorphic lenses certainly seem to be the real deal. The anamorphic flares and bokeh look very nice indeed.

The MAVO has an S35 sensor while the MAVO LF  uses a large-format sensor measuring 36x24mm. Both cameras can shoot up to 6K with a claimed 14+ stops of dynamic range. 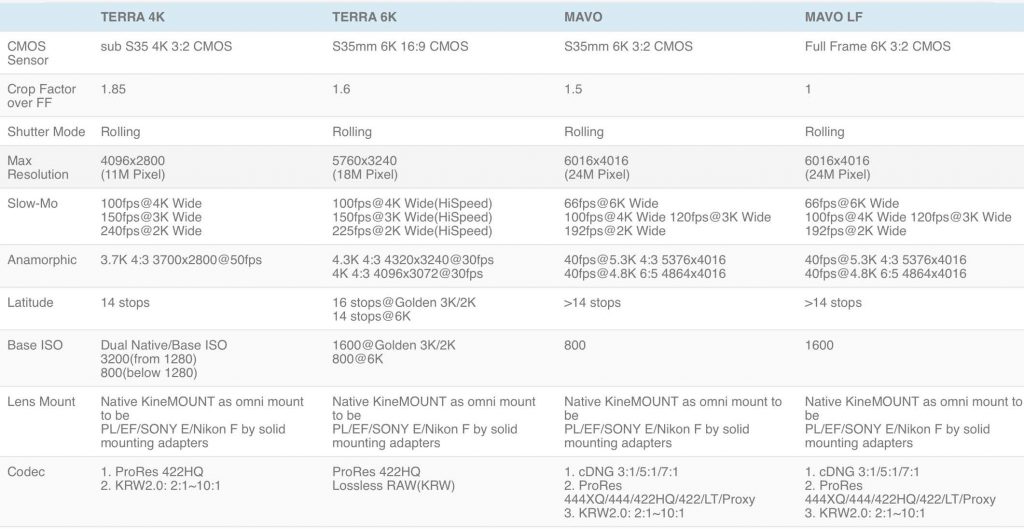 MAVO and MAVO LF are based on the same video process platform, using advanced color processing architecture and whole new CMOS image sensors to achieve super low-noise, high dynamic range. According to Kinefinity, “Whether it is the S35 format version of MAVO or the large-format version of MAVO LF, the 6K images can bring extraordinary details, sharp images and rich shades. MAVO LF is with large-format sensor showing more features such as cleaner images, wider viewing angles, shallower depth of field, and more presence.” 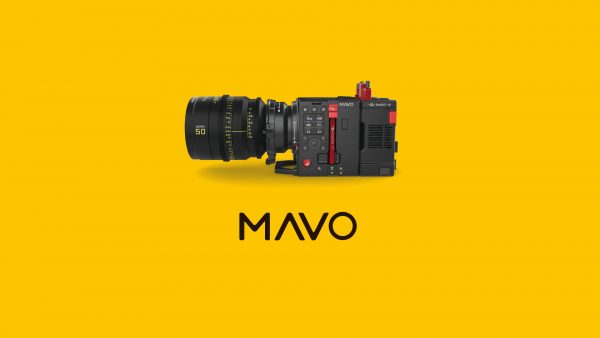 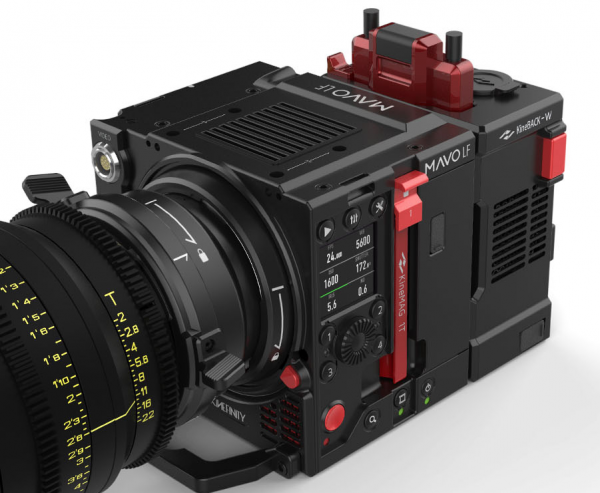 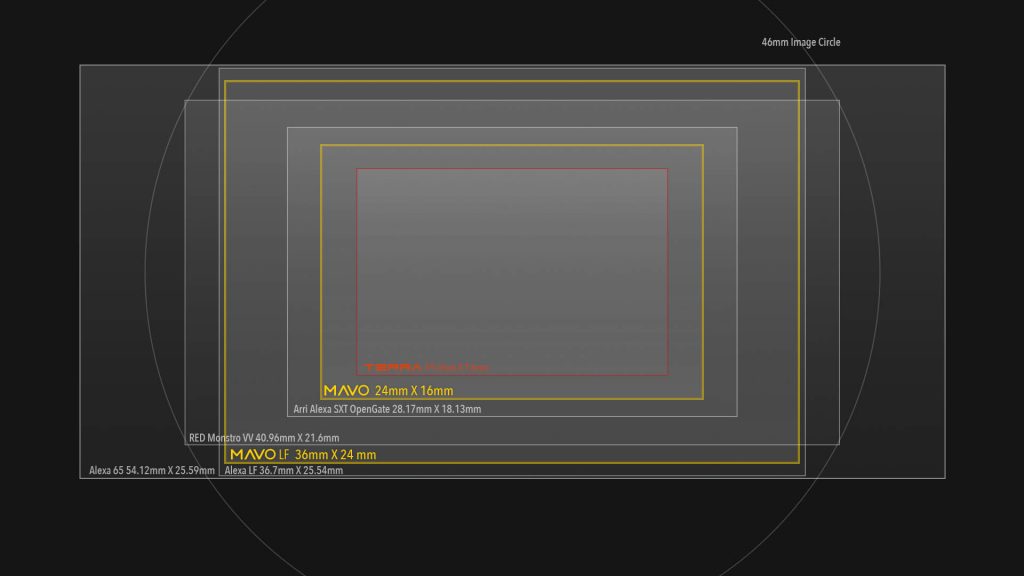 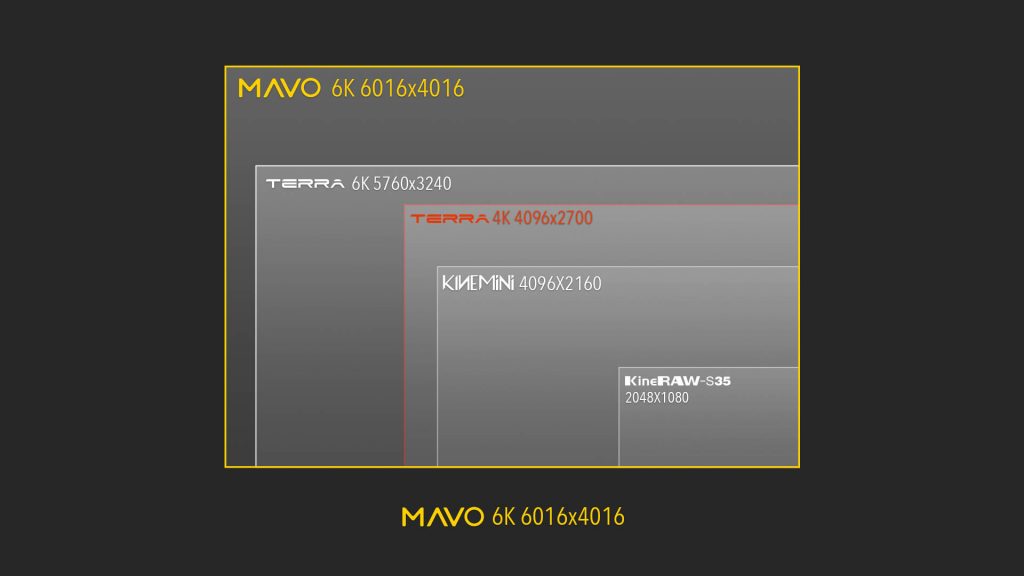 A new KineBACK module will also be available for the MAVO & MAVO LF which integrates a wireless video transmitter and a wireless receiver that works with Movcam’s follow focus system. 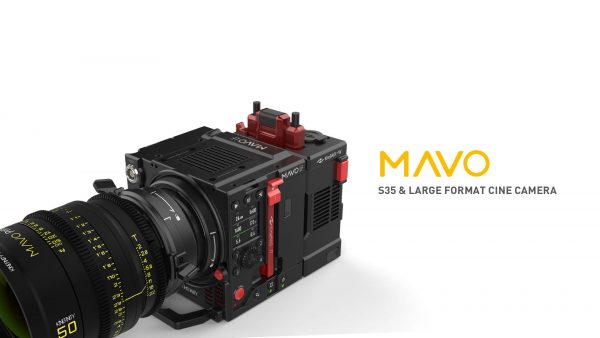 The camera comes standard with a KineMOUNT and additional PL, Canon EF, Nikon F and Sony E Mount adaptors can be used. The MAVO has a 1.5x crop factor which is slightly wider than the TERRA 4K and 6Ks 1.85 and 1.6x crops respectively.

The MAVO is expected to ship at the end of April.

The MAVO LF is yet to be priced and is estimated to ship at the end of October 2018.

What are your thoughts on this camera? Would you consider buying one from the vision you have seen? Let us know in the comments section below.