The lenses employ the latest High Transmittance Electron Beam Coating (HT-EBC), that Fujinon says produces richer colors and greatly improved blue response and transmittance. They both achieve 4K UHD optical performance from center to corner throughout the zoom range while suppressing image distortion, due to a multi-group zoom system. Availability for the UA46x9.5B and UA46x13.5B is planned for late 2018. 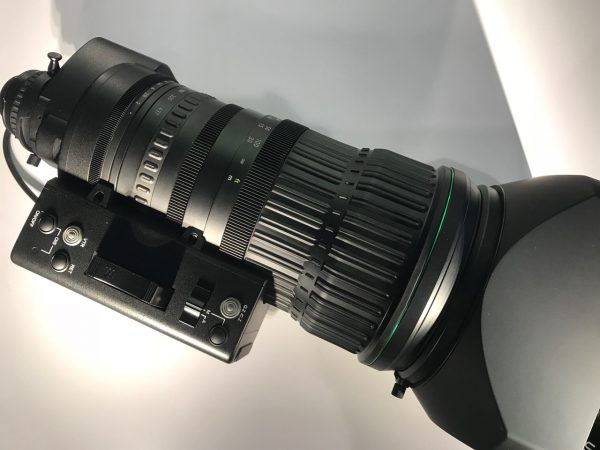 The UA46x9.5B is huge lens and you certainly wouldn’t want to be putting it on your shoulder for hand held shooting. The lens is being targeted for use at sporting events, wildlife shooting and for deployment in helicopters. 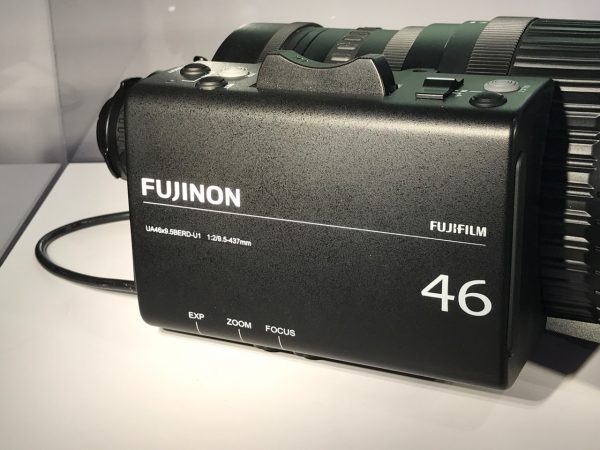 Fujinon don’t have a price available just yet, but I wouldn’t expect it to be in most owner/operators budgets. This lens is going to bought by TV networks and outside broadcast production houses. The lens will be available by the end of the year.