Core are the makers of battery solutions and we had a look at some of the new things they have at NAB 2018. Here is a look at their Core EVO JetPack and VoltBridge Enabled Fleet Microline Chargers.

The Core EVO JetPack is an on camera power distribution box. A similar product has existed in the past but now Core have added a battery back up to it. This is a really nice idea so that if your battery dies, the onboard battery should give you about 10 minutes on a 15amp draw. There is also a little LCD that shows you battery remaining on the onboard and connected battery. 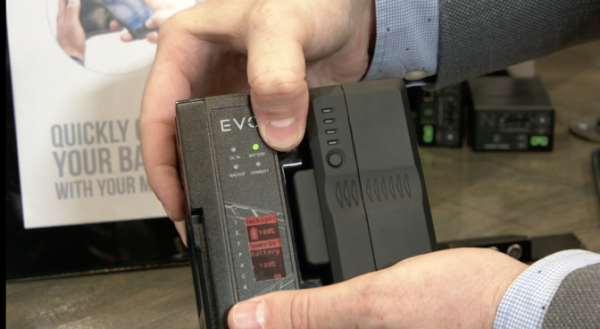 Core has added a boost feature to the EVO. So if it detects that your battery isn’t quite giving out enough juice, it will help to boost the output. The Evo JetPack comes in both V-Mount and Gold Mount versions as well as DSMC2 for all those Red users out there.

There’s a little panel on the side that allows you to change over modules with different output options. 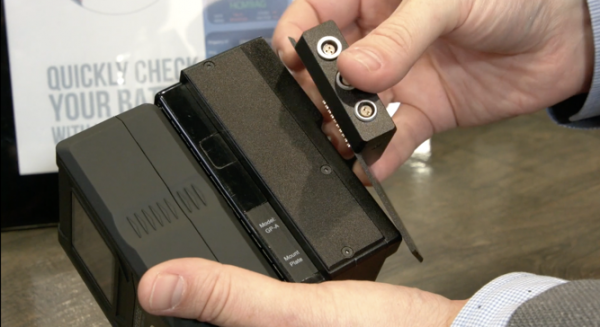 Core is working on a nifty feature for all of their batteries which they hope to have ready by September. This will allow you to use Wifi, Bluetooth or NFC from your phone to see data from the battery such as registration information as well as charge information. This could be used to show that you have the charge at a level that is safe for flying with as well as asset tagging your batteries. 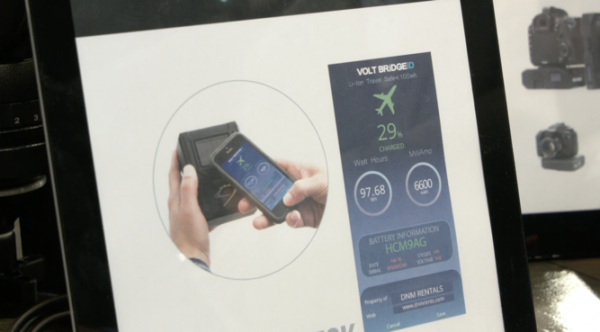 The  Fleet Microline Chargers have been out for about a year now. They are available in V-Mount and Gold Mount and Core says they will charge just about any battery on the market. Now they enabled with VoltBridge which allows users to access tons of data about their batteries and chargers from a tablet app. A feature we liked is that you can initiate a safe flight mode which will discharge all your batteries down to 30% to make them safe to take on a plane.

The app also allows you to look at your batteries across all your chargers in a grid and get very fine controls over their charging. This could be useful for rental houses or larger production teams that have a large number of batteries they need to manage. 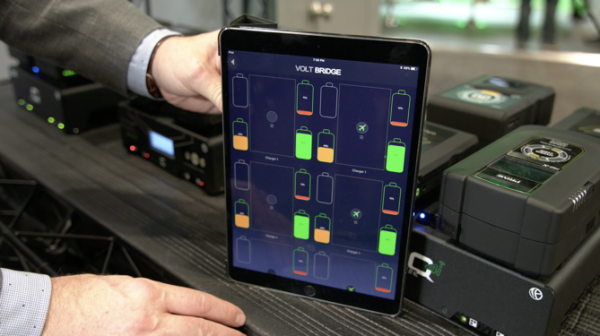 Existing customers can have their units upgraded for $200 USD

Core EVO JetPack will be available early June, we don’t yet have a price.

VoltBridge Enabled Fleet Microline Chargers will be shipping in late May, we don’t yet have a price