Sennheiser Memory Mic is a microphone with an onboard recorder for smartphones. The memory mic is an interesting idea from Sennheiser. It can be used as a lapel mic, though it’s not exactly subtle or invisible. It doesn’t transmit the audio in real time. You sync the mic to your smartphone, then the talent can walk around recording audio and once they are done, the mic will create a little wireless hotspot and transfer the audio via wifi. 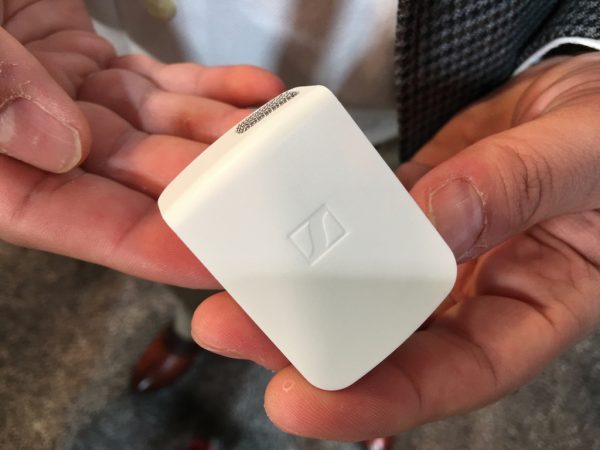 There is going to be a partnership with Filmic Pro which will allow you to transfer your audio from mic directly to the app on your phone. The syncing is an interesting take on this type of product. Once you’ve synced with Filmic Pro on your phone the microphone will then only bring in the audio it needs to sync with when you were recrording video with Filmic Pro.

Levels can be controlled by the Sennheiser app, though you only have three options of low, medium and high. 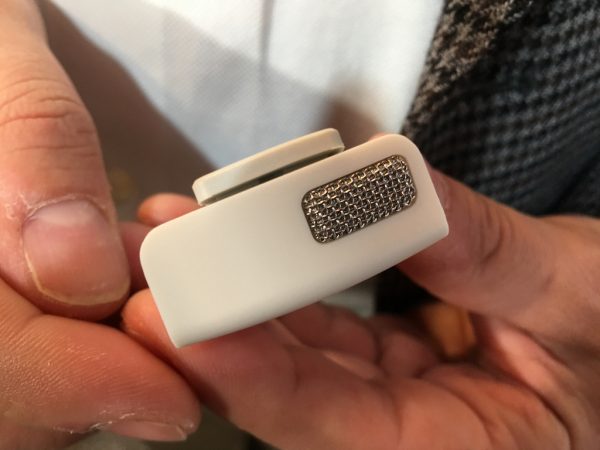