Canon were showing their new C700 FF camera a NAB in Las Vegas. With all the major competitors now offering top-tier full-frame digital cinema cameras (except Panasonic), Canon needed to respond, and they have with the C700 FF.  Sony has the VENICE, ARRI has the ALEXA LF and ALEXA 65, RED has the MONSTRO 8K VV and new entrant Kinefinity has announced the MAVO LF which will be shown at Cinegear.


You can see out first look with the camera above. 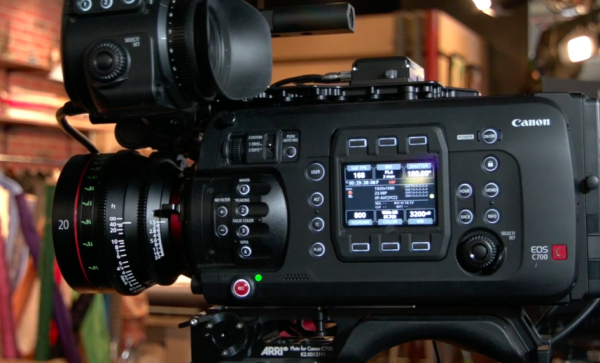 The C700 FF looks very similar to its 4K sibling but the sensor is all new. Unlike some of the competition, Canon will not have paid upgrades for the C700 FF. The camera will ship fully functional with all the included features.

IT’S ALL ABOUT THE FULL FRAME SENSOR 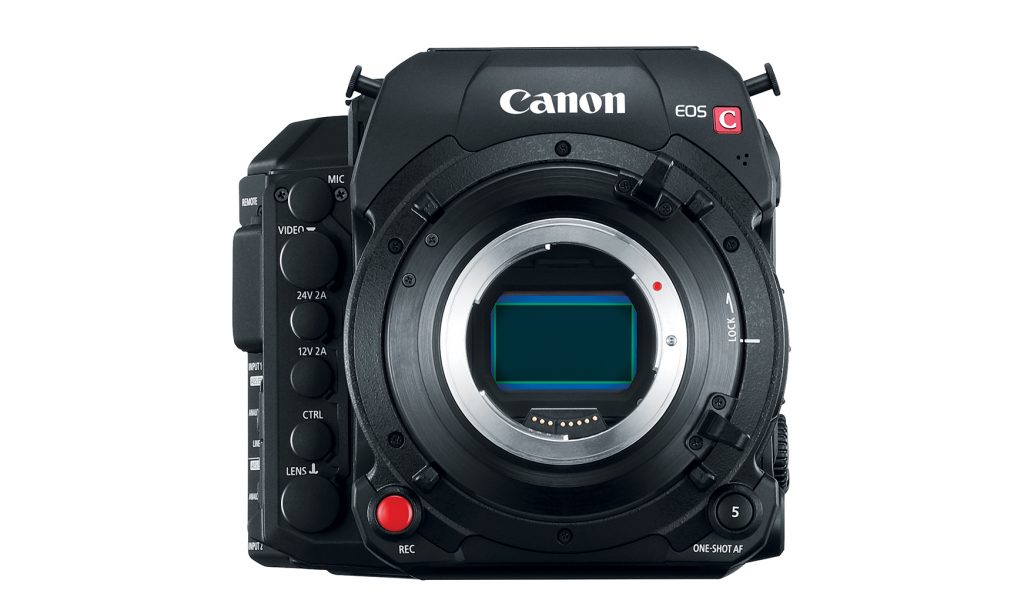 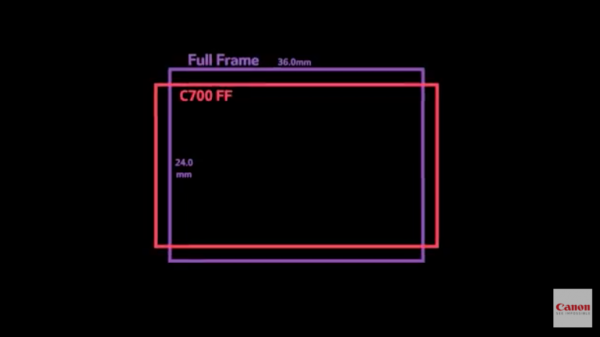 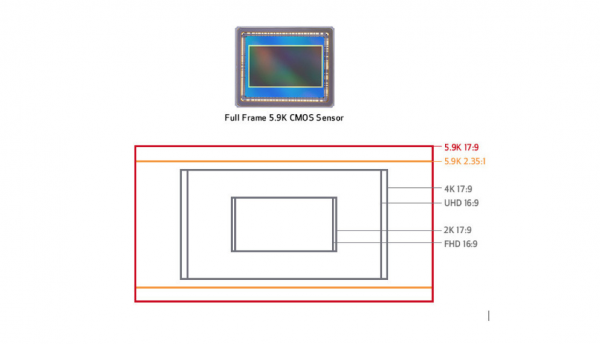 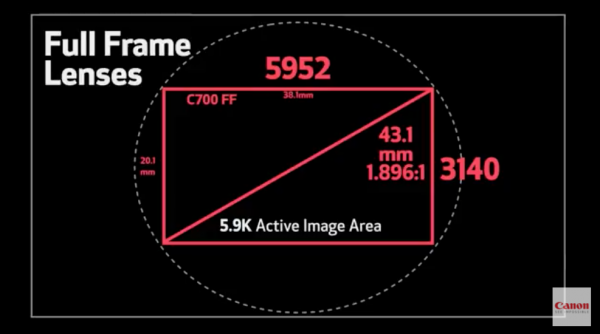 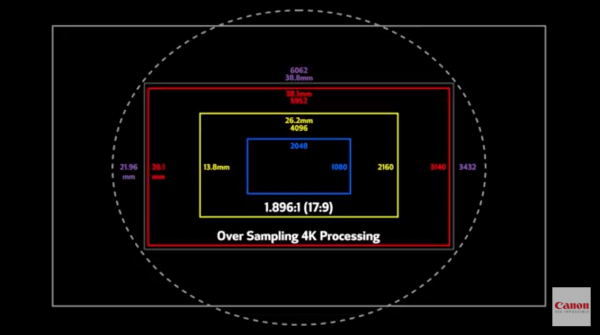 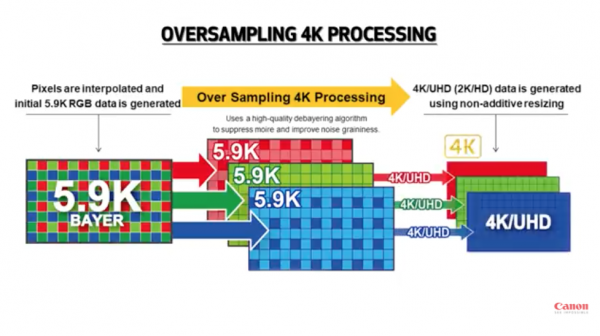 The C700 FF uses an oversampling process from the 5.9K image capture to produce 4K (DCI or UHD). Canon claims that this enhances image sharpness, curtailed moire, and produces a lowered visibility of noise at the higher ISO settings. Canon states the image will be sharper with better detail and will resolve colour better than the original C700 when shooting in 4K, UHD, 2K and HD. Just to be clear, anytime you select the full frame shooting mode on the C700FF and you are recording XF-AVC or ProRes, you are oversampling the 5.9K sensor.

The C700 FF is basically identical to the C700. Side by side you won’t see a difference but what’s behind the lens mount is a 17×9 aspect ratio 5.9K sensor. The benefit of the larger 17 x 9 sensor is the ability to frame 4K DCI. The C700 FF has anamorphic support just like the original C700. The camera will de-squeeze the image to make viewing on monitors as well as the viewfinder much easier.

Another advantage of the larger sensor is that when shooting in 6K anamorphic mode, the camera will retain a 4K image. This is important if the camera is going to be used for a Netflix or other networks requiring 4K delivery. If you shoot 4K anamorphic after pulling it out it will closer to 3K and if you need to be 4K compliant you will be out of luck.

When recording internally in either Xf-AVC or ProRes, the camera can record 4K DCI, UHD, 2K or HD at frame rates up to 29.97pp regardless of whether the camera is in the full frame or Super35 modes. 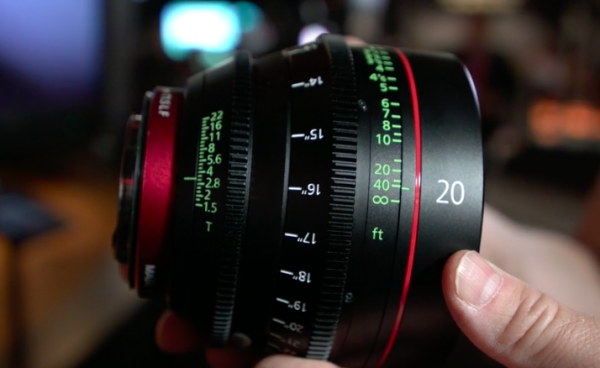 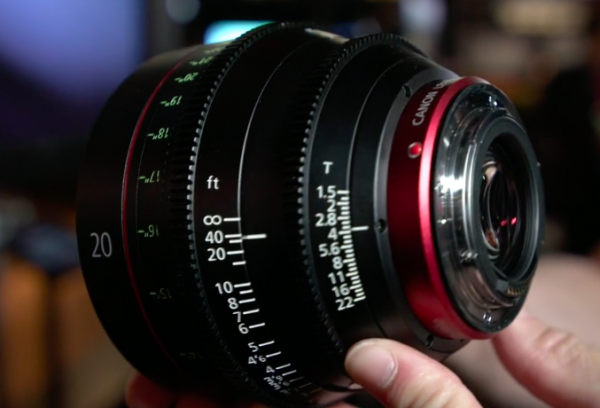