The Blackmagic Design URSA Broadcast camera looks very familiar. That’s because it shares a lot of the features of the URSA Mini 4.6K Pro camera. All the good stuff like built-in ND filters and button placements but one big new feature is the B4 mount for 2/3″ Broadcast Zoom lenses. 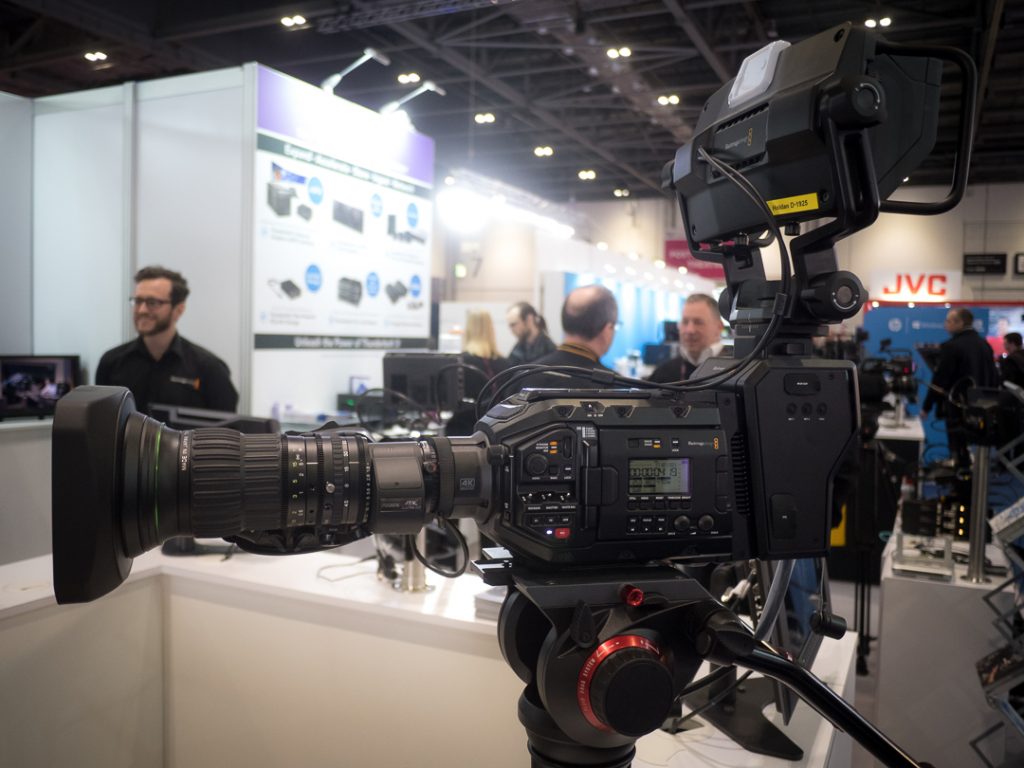 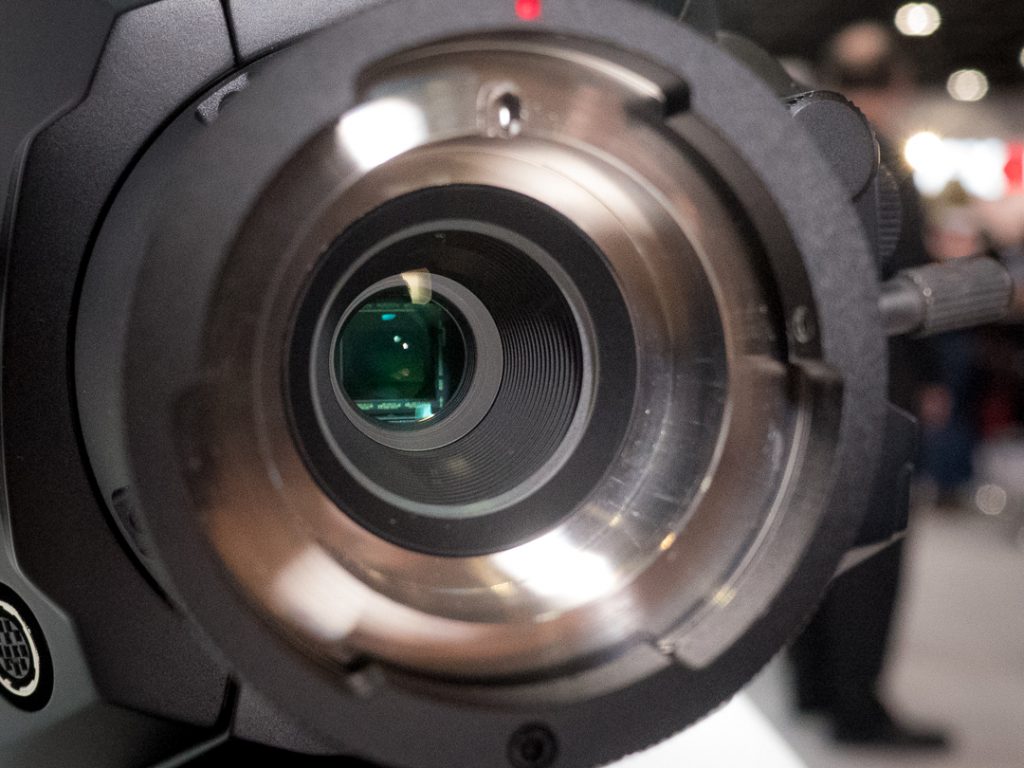 Behind the mount is a glass filter that corrects image issues that occur like aliasing and color fringing. These occur due to the nature of the 3 chip sensor 2/3″ cameras use. The URSA Broadcast has one 3.056 x 7.344 mm. 4K CMOS Sensor that is also found in the Studio Camera 4K 2 and Micro Studio Camera 4K. 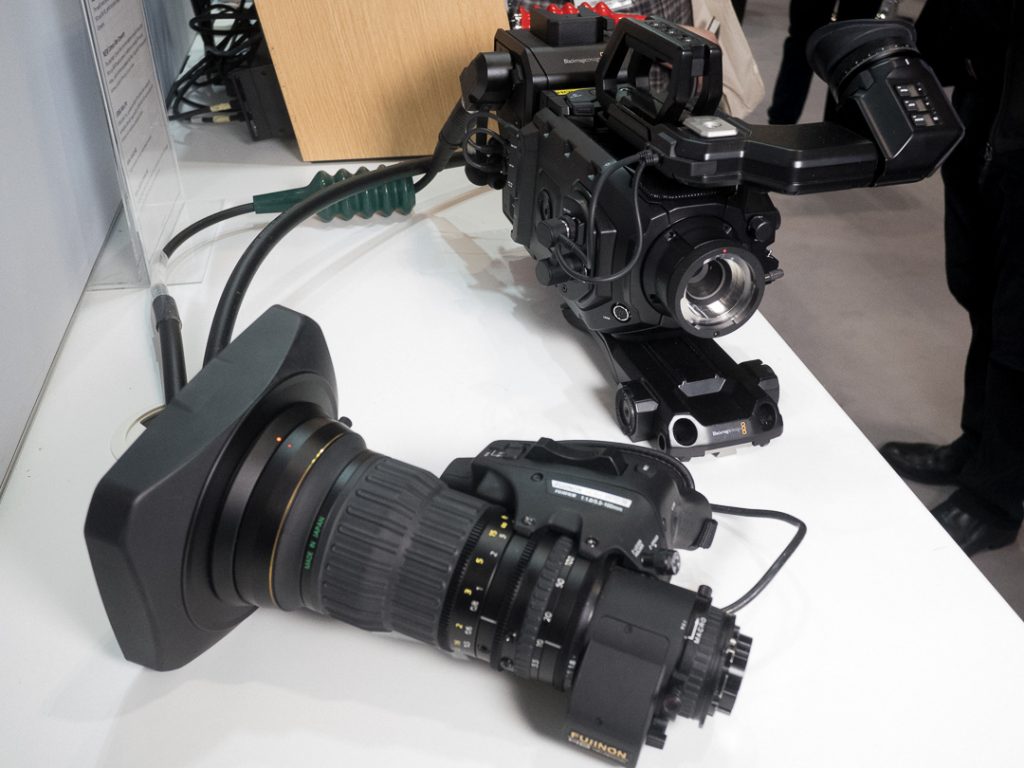 B4 lenses can be bought for a very low price in the used market however high-quality B4 lenses still could run one thousand dollars and up. Using a 2/3″ zoom lens gives the user a very easy to operate camera that has a lens that is parfocal and a long range. No swapping lenses mean you won’t miss a shot. The URSA Broadcast uses the same accessories as the other URSA camera as well. The balance feels good when the camera is on the shoulder due to the hand being on the lens. Just like a good ole’ broadcast camera.

Rates based on 30 frames per second.

The URSA Broadcast camera is priced extremely competitively at $3495 US