The Aputure LS C300d when first introduced had a lot of people excited. It’s very bright and very flexible with the Bowens mount. Add the fresnel attachment and it’s capable of high output that I found very usable outside. If you missed it I did a hands-on review here on Newsshooter worth checking out. 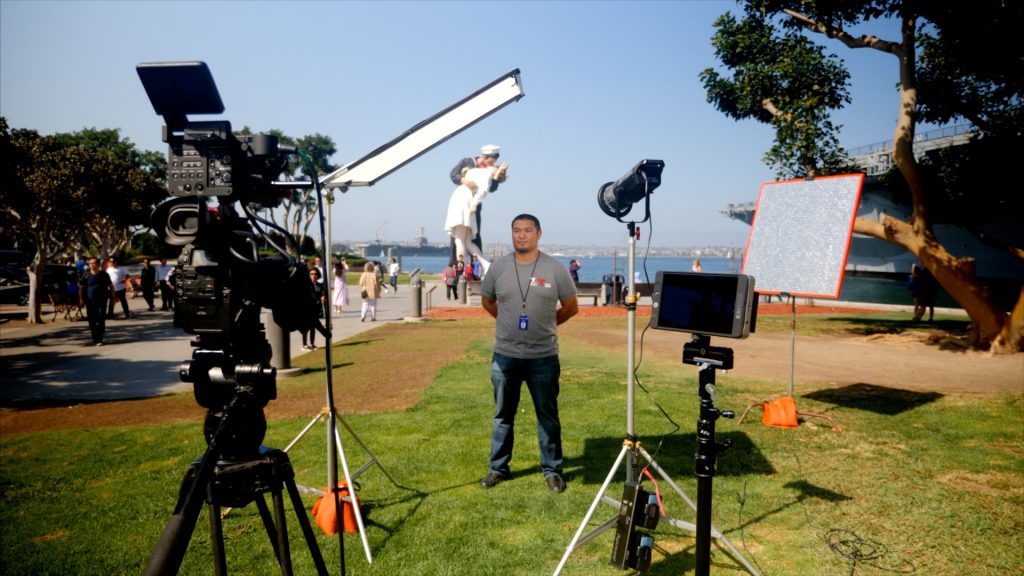 One issue with the first production batch was a green color fringe that shows on the edge of the light. This green fringe didn’t seem to affect my images but it sure looked bad to the eye.

You could see the green fringe on the edge of a softbox or the included modifier. Aputure was quick to respond to the issue and notified customers that a fix was in the works. The solution was a self-serviceable replacement glass filter.

Let’s have a look at the results before & after replacing the glass filter. If you’re too impatient to find out the results, the green fringe is no more and Aputure has even improved the CRI scores!

Here is what it looks like with the new filter installed. No more green fringe!

It took some time for the engineers to fix the color issue, but to my eye and some tests, it looks like it fixes the issue plus improves on its original CRI score. Aputure is shipping the 300d with the new glass filter installed. If you bought from the first batch Aputure will send you a kit to replace the filter for free. It was easy to do. Well… unless you’re shooting a video of the install 🙂 It only entailed removing five screws in total and the instructions were included in the upgrade kit along with a special screwdriver to remove the screws.

Just to make sure all is good I did a test with the Sekonic C-700. Here is the before and after ratings. 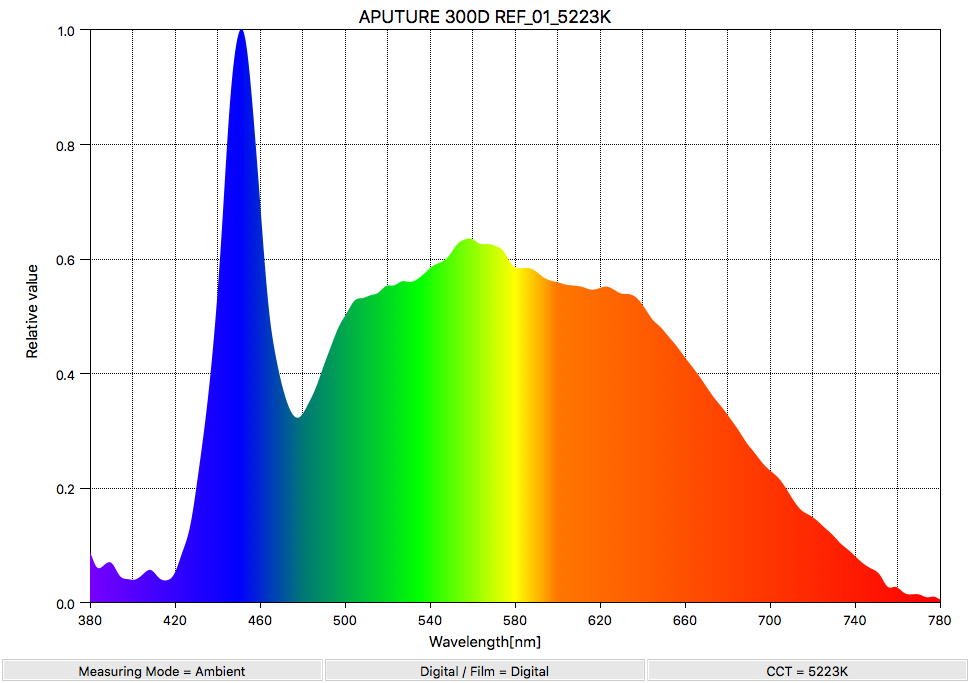 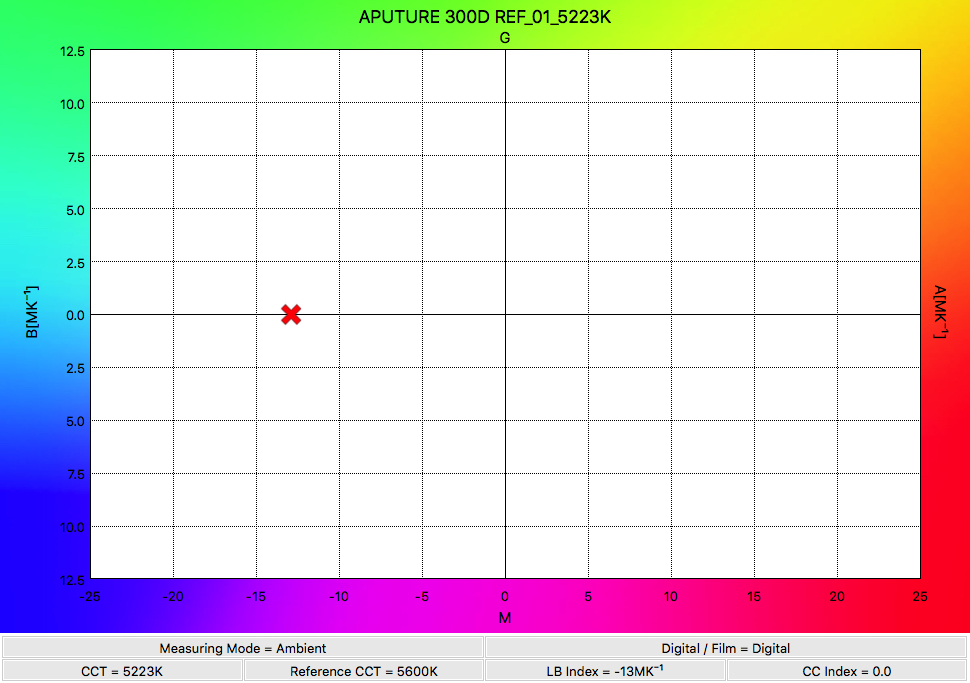 White balance with original filter has a warm push of approximately 400K. 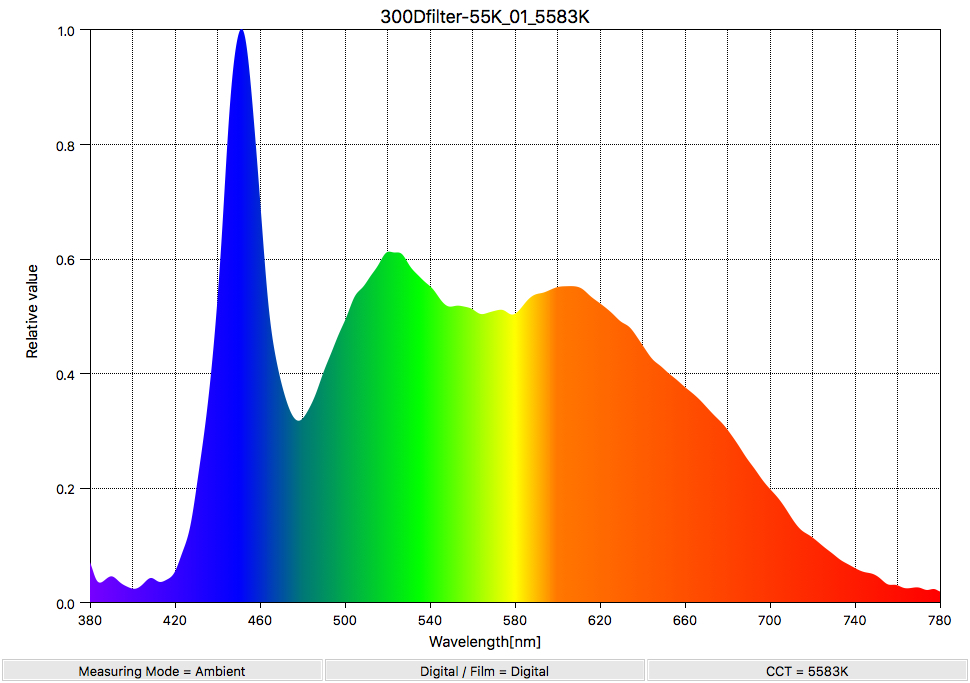 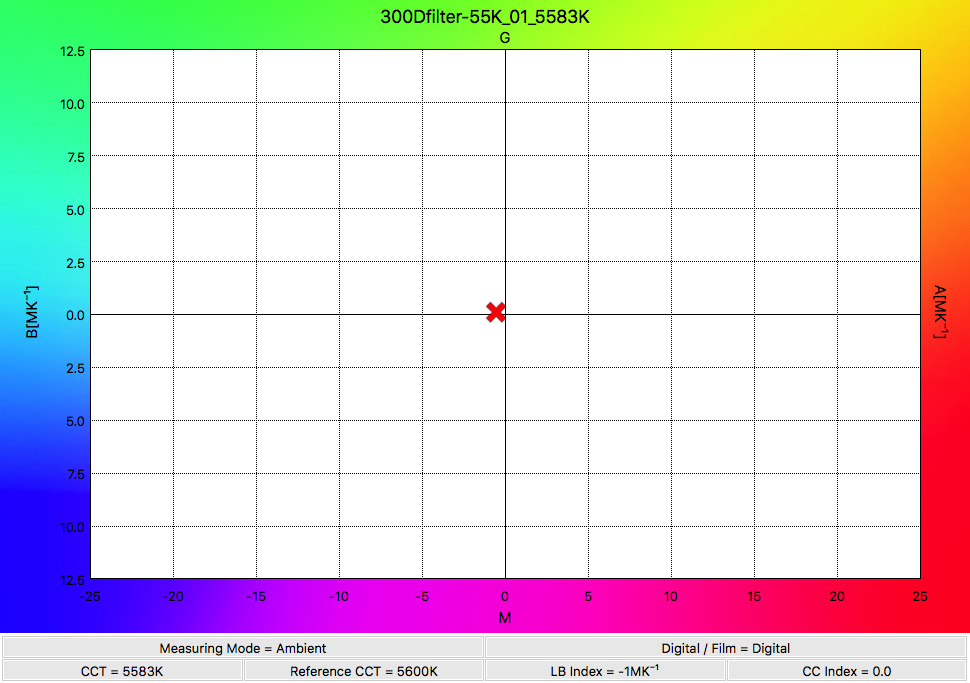 White balance is also improved with the slight warm push of 17K as opposed to before. This is much improved. 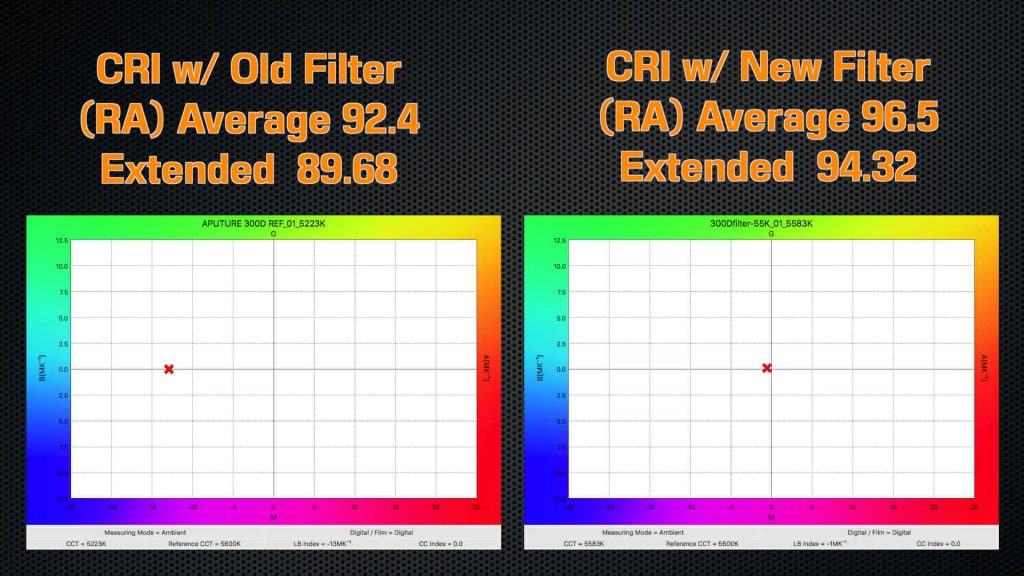 If you own a first production batch 300d fixture and want to upgrade the front glass filter for free yourself. Fill out the Aputure online form.

It’s great to see Aputure address the issue early on and provide an easy solution where the customer can service the light themselves.