Making broadcast more affordable for HD and UHD is a point that was center stage today for Blackmagic Design‘s new product releases. All of the new items are broadcast related in fact it’s a whole chain of broadcast products for the effective  ⅔” size sensor HD/UHD URSA Broadcast camera.

The actual sensor size is 13.056mm x 7.344mm which is smaller than an S35 sensor at 24.89 mm × 18.66 mm. I was a little surprised that there were no standard definition options are available. I personally haven’t shot in SD in years but in some parts of the world, it’s still relevant.

The camera, as well as a whole chain of new products to work with the URSA Broadcast camera, was also released such as a controller and switcher. All designed to offer a solution that’s affordable for broadcasting. 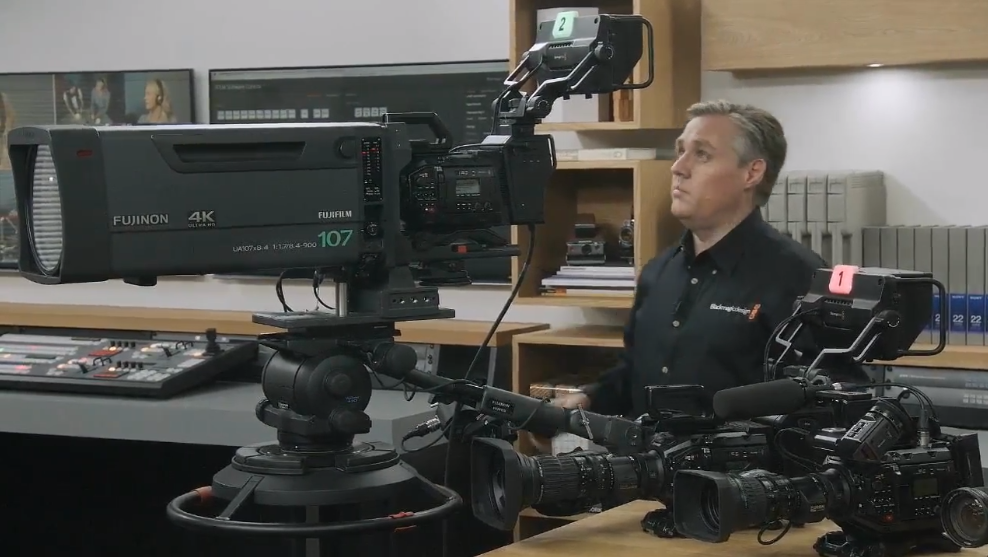 The new URSA Broadcast 4K camera ships with a B4 mount for ENG-style lenses. These are very affordable on the used market and can be found easily. The beauty of the B4 lens is they are parfocal and have a pretty good zoom range. Since the URSA Broadcast camera has a ⅔” sensor it covers the B4 mount lens perfectly. The advantage to a smaller 2/3″sensor is having a deeper focus. Yes, shallow depth of field is great for creative reasons but in news gathering, it can really be tough to keep the subjects in focus. When I shot news I couldn’t imagine using a full frame camera. Yeah, it would look great but the number of lost shots would be higher due to razor-thin focusing. 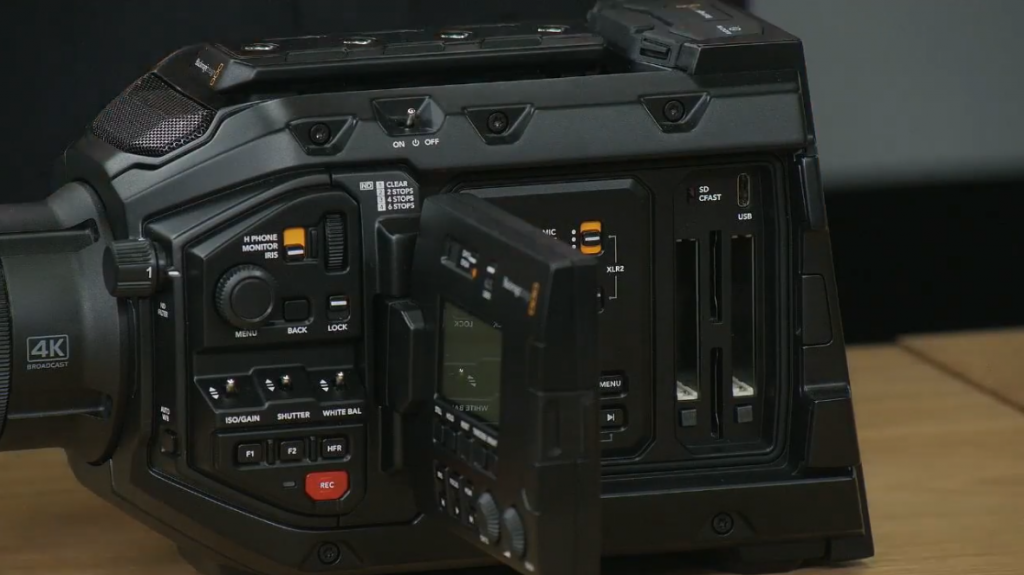 The mount is interchangeable just like the URSA Mini Pro giving you more option with stills lenses. In fact, the camera shares a lot of the same features and accessories however the broadcast model is refined for ENG or broadcast use including a full studio camera setup.

The URSA Broadcast camera is affordably priced at $3495.

The camera records 1080i or 2160p video into standard .mov files using DNx145, DNx220X or ProRes for compatibility with existing broadcast systems and workflows. Standard .mxf will be added in future updates.

The idea here is to make a camera for broadcast and newsgathering that’s super affordable for freelancers and studios that want to have a flexible and affordable studio broadcast setup for both online and over the air. 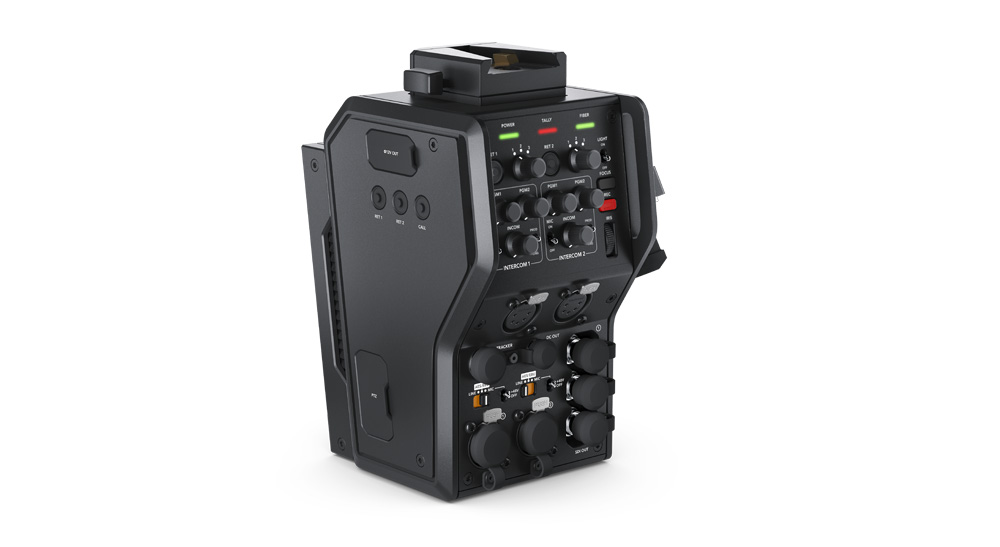 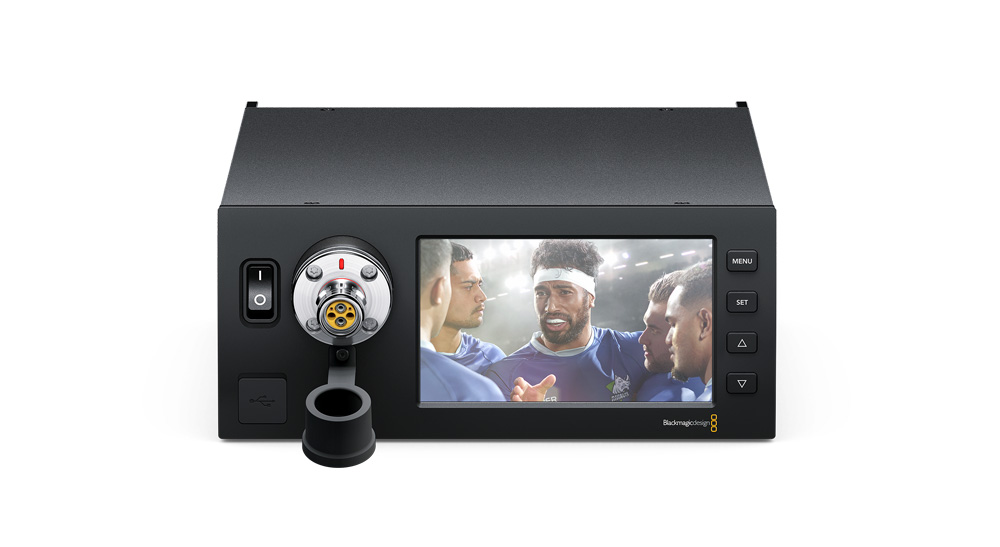 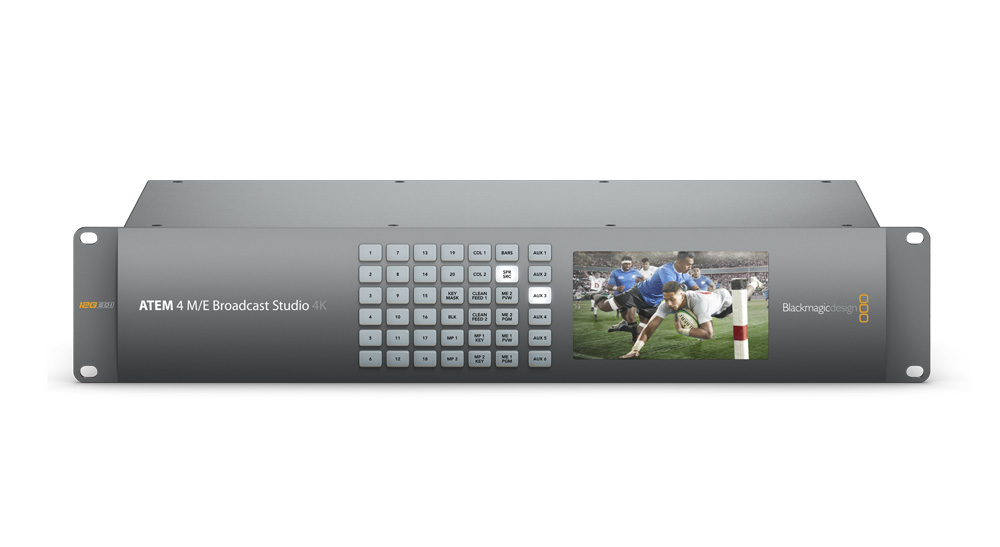 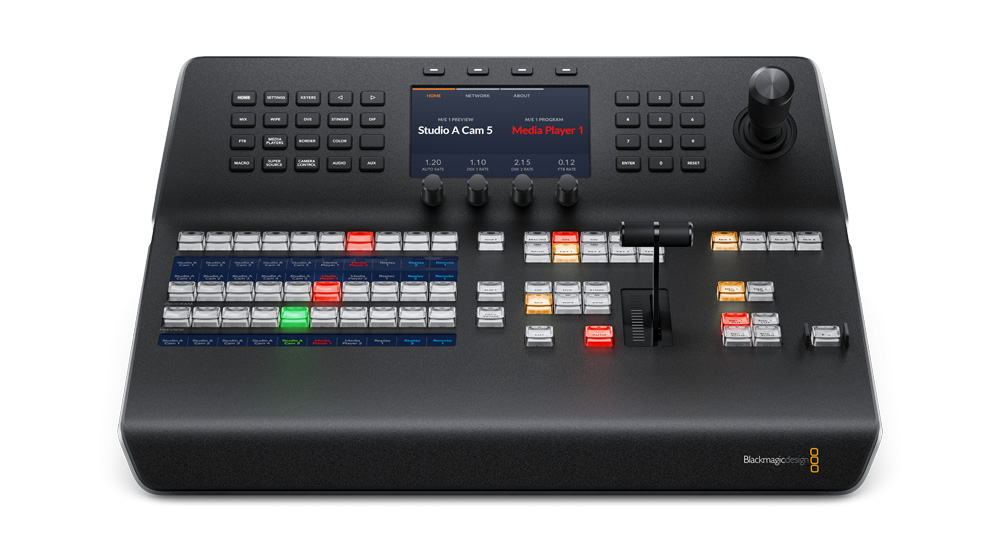 Plus a new ATEM 1 M/E Advanced Panel.
I know some folks wanted to see a new pocket camera today but this release was all about affordable HD/UHD broadcast. What do you think about this new B4 mount URSA  Broadcast camera?