At CES 2018 Roland has launched a new low cost portable audio recorder called the R-07. The R-07 comes with a lot of smart, easy to use features, but it doesn’t come with any XLR inputs. 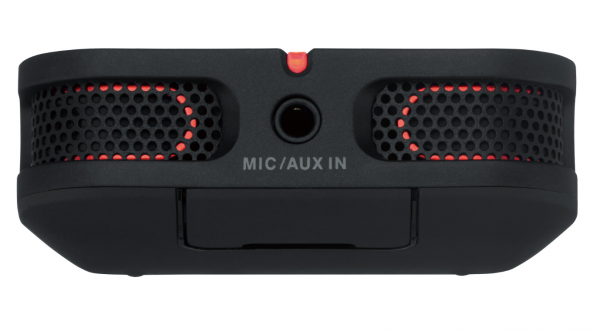 The R-07 comes with an internal stereo microphone and a MIC/AUX IN (stereo miniature phone type, plug-in powered mic). You can connect a lavalier mic or an external device and the recorder supports mono and stereo WAV recording at rates up to 24-bit / 96 kHz and MP3 recording at rates up to 320 kbps. The internal mic and the MIC/AUX IN can’t be used at the same time, the MIC/AUX IN will overide the internal mic. You could use the headphone out jack to send a signal into a small DSLR or mirrorless camera if need be. 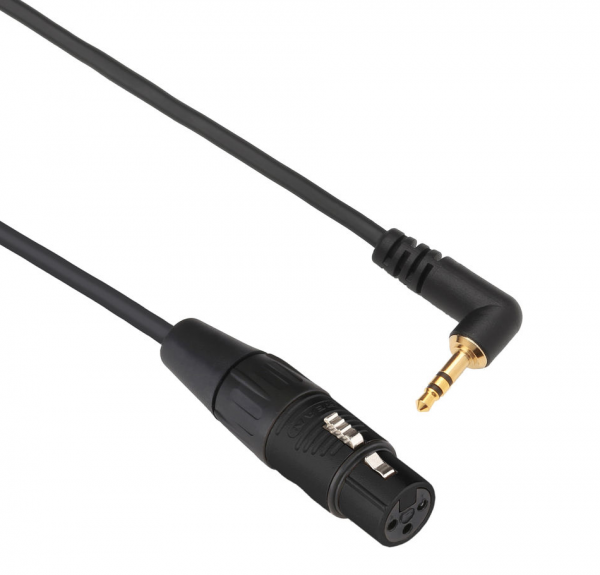 If you need to connect up a cable or a microphone that uses a 3 pin XLR there are plenty of inexpensive 3-Pin XLR Female to 3.5mm RA Stereo Mini-Plugs available. Omnidirectional lavalier microphones with 3.5mm mic-level inputs are also reasonably affordable. 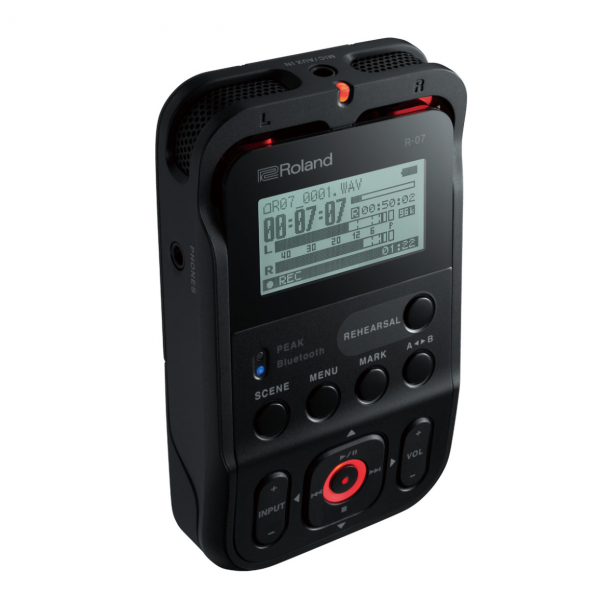 Smartphones have become fairly good at recording audio in basic situations, but for reliable and professional results you really need a dedicated recorder. Some of the recorders available on the market are too bulky, and overly complicated for some begineers. The R-07 is supposed to be a in-between option that fills the gap between using a smartphone or a more expensive and larger audio recorder. 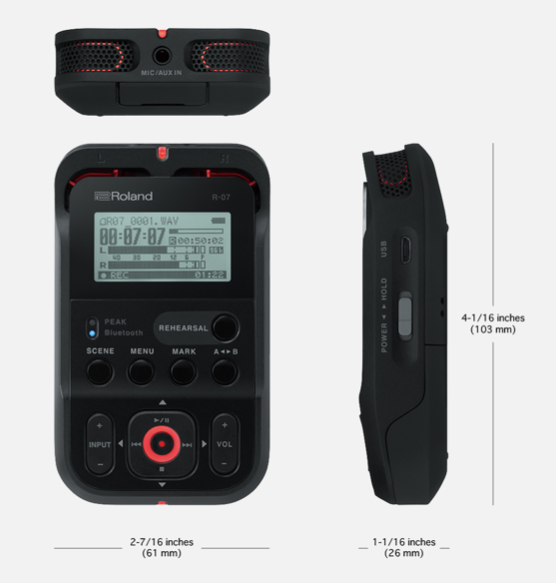 The R-07 features a one-touch recording setup, and built-in Bluetooth capabilities mean you can control, monitor and listen back wirelessly using supported smartphones, smartwatches and Bluetooth speakers. Being able to monitor the recorder remotely using Bluetooth is a fantastic feature for VJs or one man crews. The recorder runs off two AA batteries for up to 15 hours, or you can power it via USB bus power.

The Roland R-07 could be used for on-location interviews, on-the-road demos, in classrooms, boardrooms, or for field recording. The R-07 can automatically apply the ideal settings by choosing one of the preset Scenes. When you select a Scene, the sample rate, record mode, limiter, low cut, and input level instantly adjust to their optimal settings. You can then alter any of the settings and save them for next time. 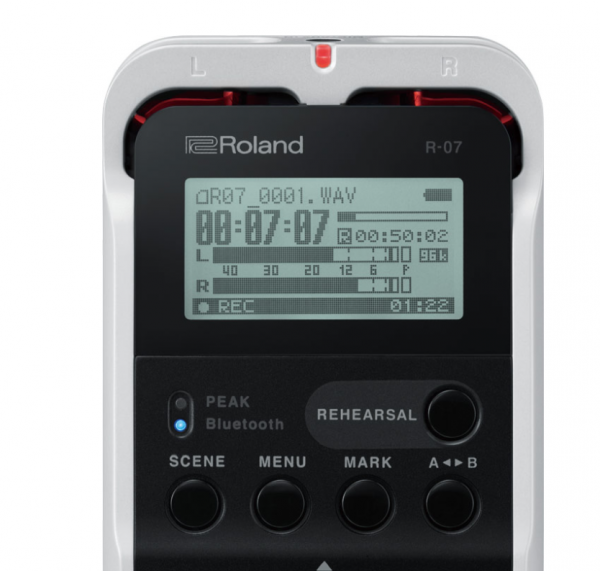 There is also Dual Recording and Hybrid Limiting, which are both vital for insuring you don’t ruin a recording due to overload or clipping. The R-07 can make two simultaneous recordings, one at full level and another at a lower level with increased headroom. If there’s unexpected clipping in the main recording, you can replace that section with a portion of the lower-level backup recording. Hybrid Limiting can even handle this automatically, so you get all the safety of limiting with none of the downsides.

The Roland R-07 looks to be a good option for shooters using small mirrorless or DSLR cameras that don’t record decent audio. At $229.99 USD it does face tough competition from products such as the Zoom H4n Pro ($199), and Tascam DR-10L Digital Audio Recorder ($199)