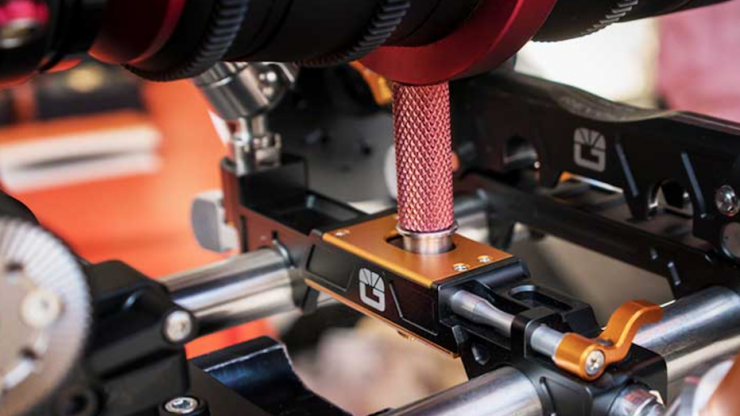 Bright Tangerine have started shipping their 15mm and 19mm Studio Lens Supports. They feature a compact design which makes them suitable for use with short primes or longer zooms. The lens supports have two accessory mounts to attach a titan arm or other accessory.

Lens supports are an essential piece of kit when using heavy lenses such as PL zooms. Even when using a PL mount, a zoom or large prime can put a lot of stress on the mount. If you are using a Canon EF, Sony E, M 4/3, or any other type of non locking mount it’s also a good idea to use a lens support with larger telephoto zooms. The whole idea behind a lens support system that it reduces the load on the lens mount, while also keeping your lens secure.

The Bright Tangerine lens supports secure lenses using a 3/8″ threaded bolt. The bolted section in the middle can be laterally adjusted to easily lock into the lens thread. By using one solid block to clamp on to both bars, the weight is distributed evenly. This approach also allows the use of a single quick release lever to lock it in place. This makes it easy to use even in cramped spaces or operating with gloves. 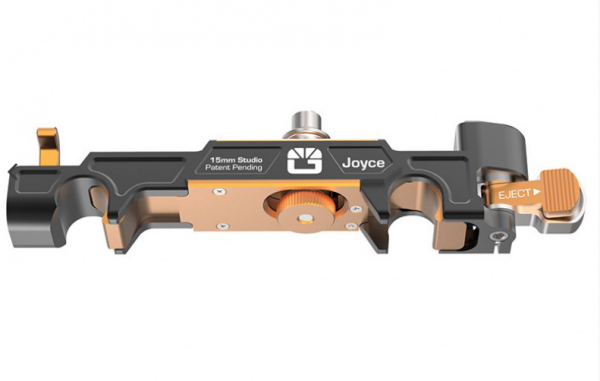 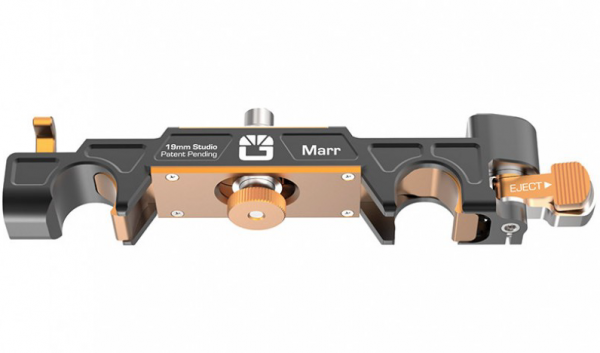 Both the 15mm and 19mm versions feature two 3/8″ mounting points along with anti-twist port.

The Bright Tangerine lens supports look to be well made and a good option for those wanting to make sure that their expensive glass is mounted securely. At $349.00US they aren’t cheap, but it’s a small price to pay if you want to look after expensive lenses that run into the tens of thousands of dollars.