Here at Newsshooter we thought it would be a good idea to ask her about her work on the series and why she chose the C300 Mark II.

Please give us some background on how you started in the industry and tell us a little about yourself.

I was a film school kid – went to Columbia College Chicago and then the American Film Institute for Cinematography. I was lucky enough to learn the ropes on studio productions from my two mentors, Ken Seng and Amy Vincent, ASC.

Have you had to overcome any obstacles or challenges as a woman working in a male-dominated industry?

I think we need more diversity, and there’s a pretty big conversation happening right now about it, which is good. In general, it’s a tough industry and it’s easy to find reasons to give up, but I just try to focus on creating good work and let the chips fall where they may.

How did you become involved in working on “The Confession Tapes”? 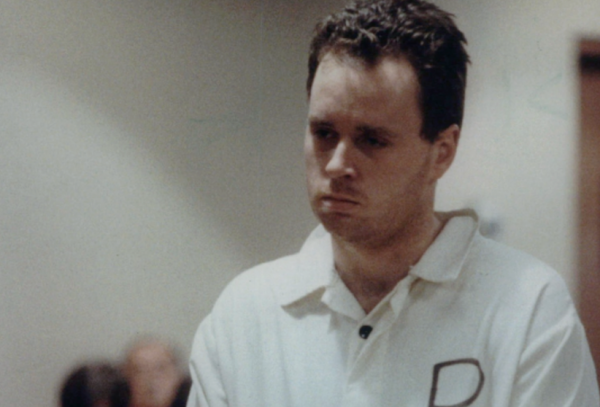 I was asked to do the show by creator/director Kelly Loudenberg, with whom I had shot short-form documentaries for the Atlantic and National Geographic. Kelly had put together a teaser with editor-turned-senior producer Kimberley Hassett. The teaser showed footage from the haunting and twisted interrogation of Larry DeLisle (ep 7 – “Down River”), who was accused of murdering his four children. It drew me right in and I knew I had to be a part of the project. I like working with Kelly because she is strives to tell stories of those who are outcasts of society, and who are not otherwise given a voice by the people.

Was there a certain style or look you were going for on this project? 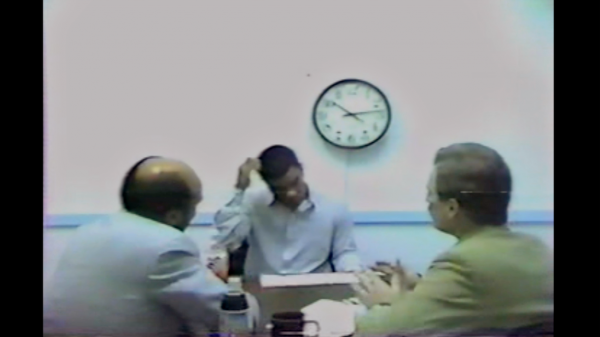 In crafting the visuals for The Confession Tapes, Kelly and I looked back at the source footage: the taped confessions that are the thru-line of each episode. All of the cases spanned from the ‘80s through the early 2000’s, and the 4:3 tv size aspect ratio was prevalent in all the media. We chose to shoot all interviews with a frame within a frame look, creating tv frame lines in the composition using natural lines of the architecture of our interview space.

We heavily referenced Errol Morris’ documentary The Thin Blue Line, which dealt with re-creations of a murder scene in a way that was artistic and inventive. We strove to tell the story through abstract visuals rather than using hired actors to re-play the murders. Our show is about memory, and re-constructing memories; we tried to do that in the visuals of the show.

Did your work on other documentaries such as “Little Stones” help you in filming “The Confession Tapes”? If so how?


I shot my first feature documentary film called Little Stones on the Canon C300, an incredible workhorse that was perfect for backpacking all over the world with just my director at my side. I think Canon did something great there; the color space that they were able to achieve in such an inexpensive compact system made it the right choice for me. Canon has a softness as well, that looks less like a video camera than other systems out there of the same budget level.

How big was the team working on this project? 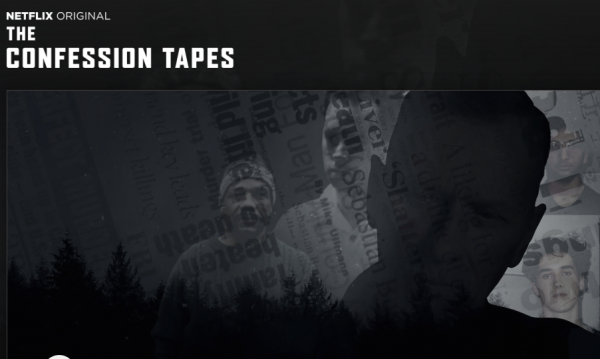 With me on The Confession Tapes were my director Kelly Loudenberg, producer Lauren Deuterman, and one 1st AC (Alicia Pharris and Paulina Bryant split the days). We usually had a local sound mixer and PA with us, but sometimes flew solo. An all female key crew!

What equipment and camera package did you use for the series? 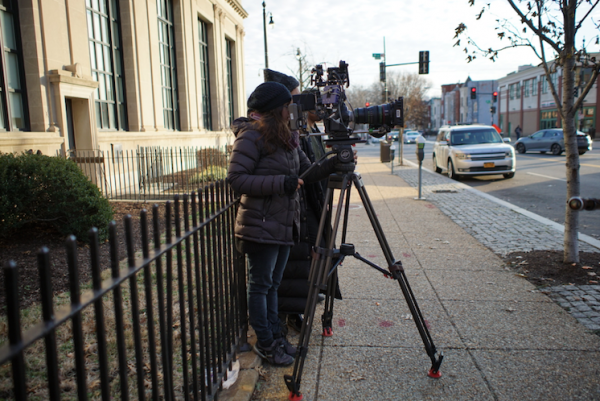 On The Confession Tapes we travelled to over 15 cities around the US with two C300 Mark IIs, the Canon Lightweight Cinema Zoom 15.5-47mm and the 30-105mm T2.8. I had L series lenses with me as well, in case we needed to go really low profile, but luckily I was able to use the Cinema Zooms on the whole show.

You used the Canon C300 Mark II, why did you eventually decide to go with this camera?

Since using the C300 on Little Stones I’ve loved using Canon cameras and glass for documentary. They figured out a way to have a compact system that captures a great image without giving away the ability to monitor using HD/SDI and sync timecode and having all the bells and whistles that we’re used to having in the professional world. Again, it is the color space of the Canon C300 MKII that draws me to it, and the soft edge that feels closer to an Arri Alexa image capture. The Canon Cinema Zooms offered a beautiful image at a focal length range that gave me the most options. In documentary, you have to work quick, and be ready to capture the moment. I had one camera on the wide zoom and the other on the tight zoom, and would jump back and forth between the cameras getting all my b roll shots quickly with the help of my AC.

We are seeing more and more female directors and cinematographers starting to emerge. Are you inspired by people such as Reed Morano? Do you have a message for young women who want to get into this industry?

I grew up loving the work of Ellen Kuras, and continue to be inspired by the work of both female and male Cinematographers. I think we should all keep plugging away and doing what we’re passionate about, and soon we won’t have the identifier of “female” before our job title.

If I can impart any wisdom to a young up and comer, I’d say it’s invaluable to have a mentor. It provides you an opportunity to observe as an outsider what a DP deals with on a daily basis: how to collaborate with your director, how to maneuver the politics of the job, as well as learning the craft of lighting and composition – all without having to make the challenging decisions or possible mistakes yourself.

*You can watch the first series of the “The Confession Tapes” on Netflix.