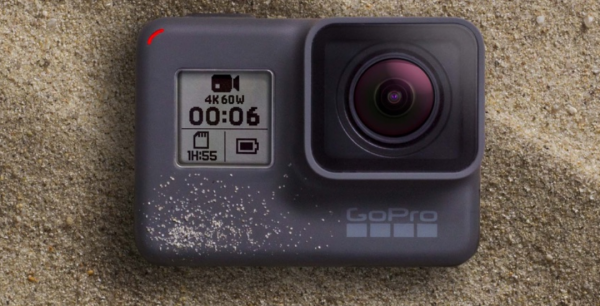 GoPro haven’t been without their struggles in recent years and the company hopes the newest HERO model will help them win back some of the market share they have been losing. With more affordable action cameras appearing on an almost weekly basis, and the release of cameras such as the Sony RXO, GoPro have a tough fight on their hands. The company used to dominate the action camera market, but in recent years the updates to the HERO line have tended to be minor, and quite underwhelming. So will the HERO6 return GoPro to its glory days?


The HERO6 Black is the companies fastest action camera to date, thanks to the new optimized GP1 processor. It’s the GP1 that allows the camera to have double the processing power of HERO5 Black. The GP1 chip was designed in conjunction with Socionext, and by incorporating this new processor in the HERO6, GoPro have moved well ahead of other action cams that are using generic imaging chips. The GP1 is the primary reason that the camera is able to record UHD 4K video at up to 60 fps, and full 1080p capture at up to 240 fps. You can also record in 2.7K at up to 120fps. The HERO5 Black could only do 4K UHD video at up to 30fps, and 240fps in 720p.

Getting videos off your GoPro and onto your phone was hardly a fast process in the past, but the inclusion of 5 GHz Wi-Fi support means faster video transfers to compatible smartphones/tablets. The higher 5 GHz has less interference than the crowded 2.4 GHz spectrum, so importing videos should be a whole lot faster. 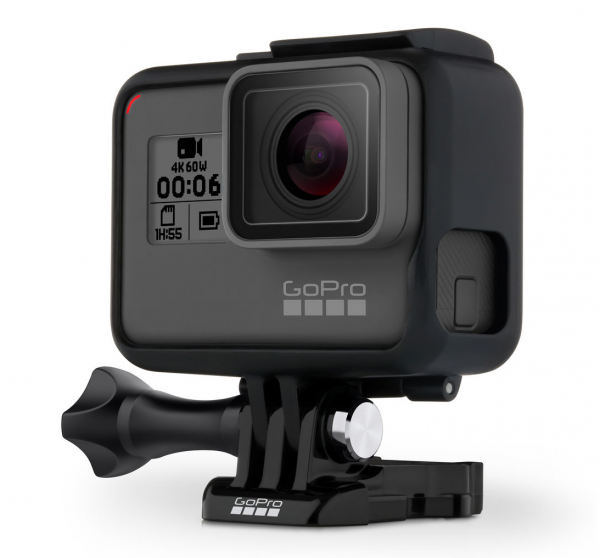 When GoPro introduced the HERO5 Black, it was their first action camera to incorporate image stabilization. The HERO6 Black has improved stabilization performance thanks again to the more powerful GP1 processor. GoPro claims that shaky and jarring footage should now be a thing of the past. It’s currently unclear whether the image stabilization is available in the 4K UHD 60fps recording mode. From what I can work out it only seems to work in resolutions of 2.7K and below.

The sensor looks to be the exact same 12MP that is used on the GoPro HERO5, so despite having a much faster processor, it will be interesting to see if there is any drastic improvement in the image quality. GoPro are claiming that the HERO6 has better dynamic range, better low light performance and better overall image quality than any previous camera they have made. 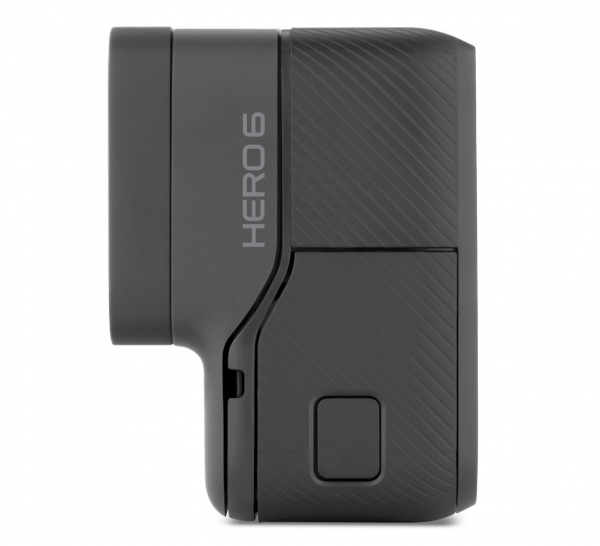 Just like the HERO5 Black the HERO6 Black features the exact same rugged, rubberized, adventure-ready exterior, and is waterproof to 33′ without a housing. The good news for existing HERO5 owners is that the HERO6 uses the same batteries and accessory mounts.

At $499.99US it is $100US more expensive than the HERO5 Black. The soon to start shipping Sony RX0 is almost $200US more expensive than the HERO6 Black, but in my opinion probably represents a lot better value for money if image quality is your number one priority. Yes, it doesn’t record 4K UHD internally, but the 1080P internal footage will probably look a lot better than anything recorded on a GoPro in UHD.

What do you think about the GoPro HERO6? Do you still use GoPro’s? Do you think the Sony RX0 will be a better choice as an action camera? Let us know in the comments section below.