Oscar winning cinematographer Claudio Miranda ASC was chosen by Sony to shoot a short film for the launch of the VENICE. Claudio won an Oscar for Life of Pi in 2012 (Arri Alexa), and has been the DP on several major feature films such as “The Curious Case of Benjamin Button” (Arriflex 435, Sony CineAlta F23, Thompson Viper), “Oblivion” (RED Epic and Sony CineAlta F65)  and “TRON: Legacy” (Sony CineAlta F35) to name a few. Just check Claudio’s IMBD and you will see the impressive body of features he has worked on. Claudio’s latest “Only the Brave” (Sony CineAlta F65) will be released this October.

Claudio Miranda ASC worked with Director Joseph Kosinski on the “The Dig”. The film has a completely different look and feel to that of “The Departed” which was shot by Ed Wild BSC in the UK. Claudio and Joseph went with a more modern look and used Arri Master Prime anamorphic lenses.

It was truly an honor to talk to meet and discuss with Claudio his thoughts on the new Sony Venice full frame cinema camera and how it performed on the short camera test film “The Dig”. He told me he dislikes camera tests. No charts, fruit bowl or dollar bills please. I had to laugh because I agree for the most part. Real world testing shows what a camera is capable of. It’s like buying a camera based on specifications. The true image quality is only shown when used in the real world.

Claudio likes the color a lot on the new Sony Venice. He states it’s a little more well rounded. Less electronic and more soulful with a softer feel to it due to its wider color gamut.

As far as the very important highlight rolloff that tends to be an issue with digital video cameras Claudio felt the Venice performed very well. Again this is due to the wide gamut that the camera has.

“The Dig” was shot in the desert with days in 110 degree heat with no overheating issues. Sony spent a lot of engineering time on making sure the small body wouldn’t have issues with heat and if shooting in the desert with those extreme conditions did not cause issues that’s a win.

Big ask and they pulled it off

Claudio went to Tokyo to meet the Sony engineers working on the Venice and asked if they could deliver a neutral density range unheard of before. Well they delivered with a 0.3 to 8 stop range. This was a big ask and Claudio says it delivers in every way. No color shift of IR pollution through the range.

The big advantage to Claudio was being able to craft a shot quickly. By having such a range he didn’t have to change the look of the shot that he wanted. No compromising and the ability to just change the ND quickly without using traditional filters in a matte box was some what liberating. Being able to have full control of depth of field by simply dialing in the ND was a huge advantage.

Claudio also had another big ask. Anamorphic. He wanted to get the full “juiciness” (Love that phrase) from the format. Not shoot in 16×9 but true Anamorphic. He states he wouldn’t be getting the true characteristics of the lens only zooming into it. “The juicy bits of these lenses are on the outside” True artist here!

The Dig went even further and was shot at 2:6:6. Truly anamorphic taking advantage of the entire “Juiciness’ of the anamorphic lenses.

Claudio looks forward to using some vintage 65 lenses wit the Venice in full frame as well as the Hawk ⅓ anamorphic.

He also mentions the sensitivity is fine however when they got the camera two weeks after the sensor was manufactured and so many changes will be made prior to shipping. I can say watching “The Dig” on a older projection system the film looked excellent and the film had several dark scenes. It really looked clean or I suppose I didn’t see anything that took me out of the moment.

Claudio mentions the camera didn’t hold them back in any way as far as sensitivity was concerned. He also like to light with a more natural look. Keeping the scenes looking natural.

Take away’s from the Sony Venice 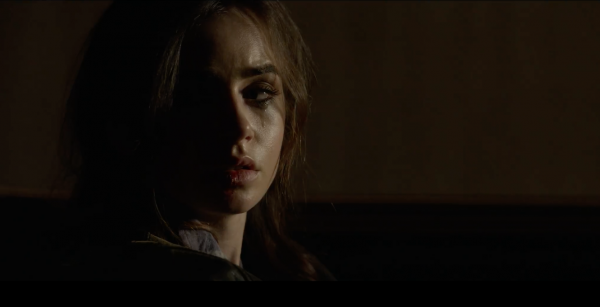 Claudio really likes the skin tone rendition and how the highlights rolls off. He really likes likes the 8 stop neutral density range and he should since this was his doing and Sony pulled it off. Having no IR or color shift with a 8 stop range is a cinematographers best friend.

One thing that Claudio is not to sure about is the CMOS type sensor. He definitely has mixed feelings about the sensor not being a global type. “I just don’t like a wobbly shutter. The F65 had a mechanical shutter which was great for me.”

What do you think about “The Dig”? Did the camera impress you? Let us know in the comments section below.