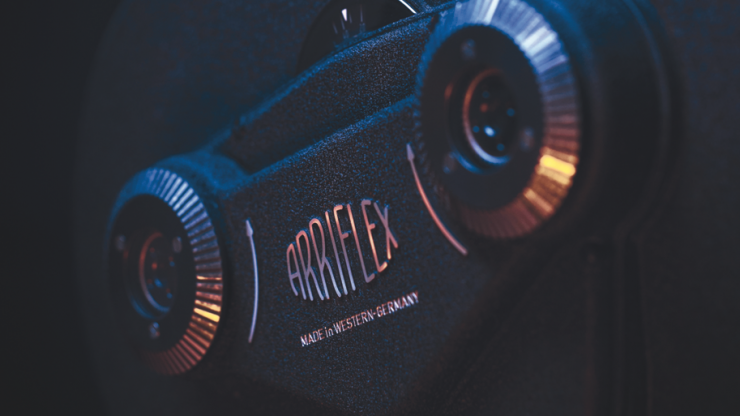 Today ARRI celebrates its 100th birthday, and here at Newsshooter we wanted to pay tribute to a company that was instrumental in shaping the film industry. In 1917 two teenagers, August Arnold and Robert Richter, founded a film technology firm in Munich, Germany. From those humble beginnings ARRI grew into a global company and one of the most trusted and respected names in the film industry.

Above you can watch a video with ARRI Group Managing Directors and Executive Board members Jörg Pohlman and Franz Kraus looking back at ARRI’s early history, its transition from from analog to digital and the plans for 2017.

It all started when August and Robert rented a small shoemaker’s store in Munich. Fast forward 100 years and the ARRI headquarters are still on the exact same street in Munich, although now they take up an entire block and not just one small shop.

Although the friends were first and foremost film enthusiasts, driven by a love for visual storytelling and technology, they started with just one product, a copying machine they built on a lathe Richter had received as a Christmas present from his parents. The name ARRI actually comes from the first two letters of August and Robert’s surnames.

August and Robert were camera operators, film producers and an equipment rental outfit long before they ever manufactured an ARRI camera. They listened to filmmakers and this insight lead them to develop products that were what the end user actually wanted. This same philosophy is still used by ARRI today.

It wasn’t until 1924 that ARRI made its first ever camera- the Kinarri 35. The Kinarri was a hand cranked 35mm camera that housed a 100ft roll of standard film.

When August and Robert weren’t filming they would rent their cameras to other cameramen for a fee for them to shoot their own projects, giving birth to the idea later for equipment rental which one day would become the ARRI Rental Group. The next model, an improved version named the Tropen, was built with an adjustable rotary shutter


The ARRI name might be synonymous with cameras, but the company made some truly innovative products as far back as 1924 when they began production of the first mirror facet reflector with an electric light bulb. Not only did produce the light, but they also designed a mobile generator, fully equipped and powered by an aircraft engine!

Things start to get serious

In 1937, 13 years after the release of the Kinarri 35, ARRI introduced the world’s first reflex mirror shutter in the appropriately named Arriflex 35. The mirror reflex shutter was the brainchild of engineer Erich Kästner and it used a rotating mirror that allows a continuous motor to operate the camera while providing parallax-free reflex viewing to the operator. It also gave the camera operator the ability to focus the image by eye through the viewfinder. 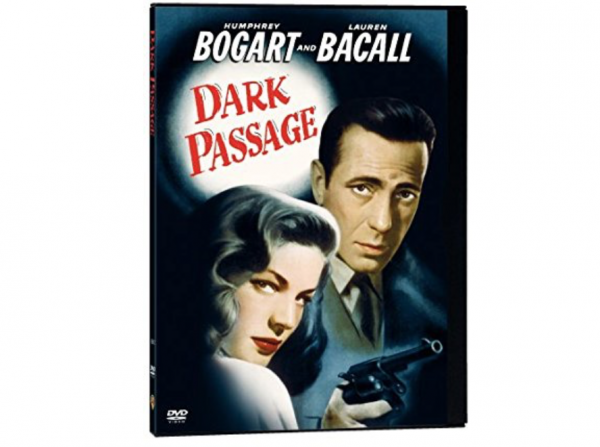 The Arriflex 35 was first used on the Humphrey Bogart and Lauren Bacall film Dark Passage in 1947. The camera proved to be so popular that more than 17,000 Arriflex 35s were built over the years. This is a staggering number even in today’s terms.

The design of the mirror reflex shutter was so revolutionary that not only did it receive two Scientific and Technical Academy Awards in 1966 and 1982, but it has been used in almost every professional motion picture film camera since, and is still used in the Arri Alexa Studio digital camera.

The ARRI fresnel is born


Also in 1937, ARRI introduces their first fresnel lampheads. The ARRI fresnel design would continue to improve and evolve over the years, where it would become a common sight on movie sets all over the world.


In 1952, ARRI introduced the Arriflex 16ST, the first professional 16mm camera with a reflex viewing system. Again this was a revolutionary camera at the time as this was the dawn of the television era. August Arnold and Robert Richter saw an opportunity where television required a faster and cheaper alternative to 35mm film. At the time 16mm film was only being used by hobbyists, but the gamble paid off for ARRI. The Arriflex 16ST became not only an industry workhorse, but also the industry standard if you wanted to film in 16mm. More than 20,000 Arriflex 16S and 16ST cameras were sold over the years.

That’s not a light, this is a light!


ARRI releases the first ever daylight lamphead, the ARRISONNE in 1972. 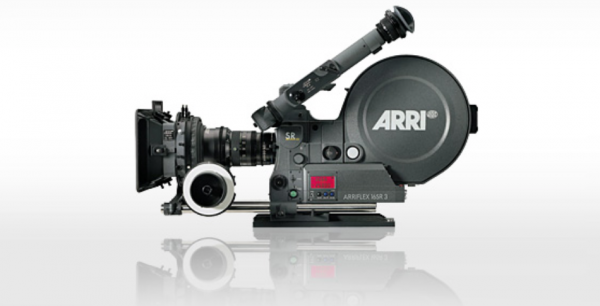 The Arriflex 16SR was launched in 1975, and featured a redesigned viewfinder with a through-the-lens light meter. The ‘SR’ stood for Silent Reflex. The SR series of cameras were small and portable , and their multidirectional viewfinder allowed the operator to have a correctly upright picture in all positions.

The camera had a crystal controlled motor and a quick-change 400 ft magazine. The SR’s 180 degree single-blade “half moon” mirror shutter always stops in the closed position (other Arri 16mm cameras, the 16 BL, 16M and 16 ST have twin-blade mirror shutters which stop randomly and have to be inched).

Early 16 SR cameras were not exceptionally quiet, but ARRI improved the design with the release of the 16SR2 in 1982.

1982 also saw the release of the ARRI PL mount at photokina. PL stands for “positive lock”, and it was the successor to the ARRI bayonet mount. The PL mount is now a widely recognised and industry standard mount that is found on most high end digital cinema cameras.

Ten years later, Arri released the 16SR3. It appeared in two versions, “Advanced” & “HS” for high speed filming. The Advanced version had a running speed of 5 to 75 frame/s, while the HS allowed the camera to run from 5 to 150 frame/s.

Long before the Alexa 65, Arri had another 65mm camera, the Arriflex 765. The camera was released in 1989 partly in response to the growing industry demand for 70mm release prints. The Arriflex 765 was used on films such as the Gravity, Shutter Island and The Hateful Eight. 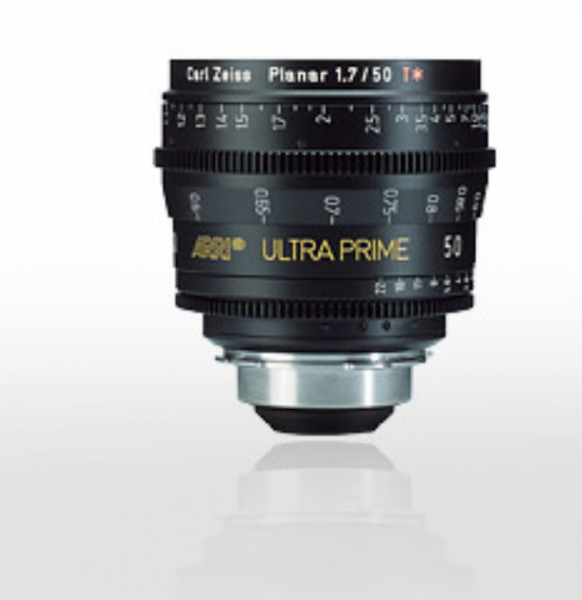 In 1998 ARRI partnered with Carl Zeiss AG in order to develop and manufacture advanced lenses for the motion picture industry, and the subsequent result was the birth of the ARRI Ultra Primes. Again ARRI developed another industry standard product that has became extremely popular with cinematographers even today. 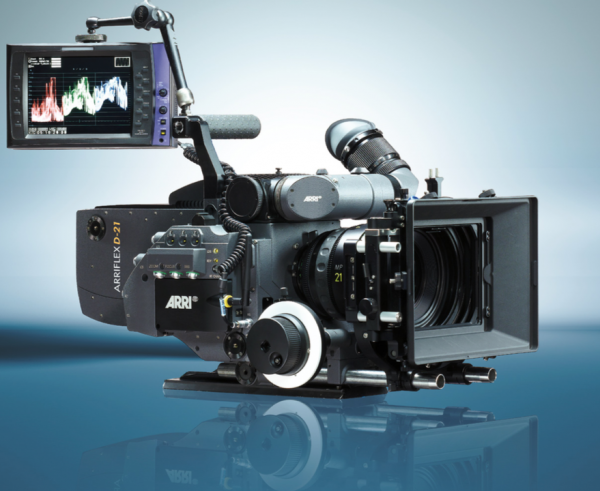 In 2003, Arri started developing its first digital camera (it wasn’t actually released till 2005), the Arriflex D-20, which later morphed into the D-21. The camera used a 35mm CMOS sensor (instead of CCD) and allowed cinematographers to utilize standard 35mm lenses. The D-20 captured images in two main modes:
Data Mode– In Data mode the sensor uses 2880×2160 active pixels generating RAW Bayer-data at 12 bit in a 4:3 aspect ratio. The RAW data then needs to be processed outboard to generate a full color image. A delivery aspect ratio for theatrical release, commonly 1.85:1, is achieved by cropping from the original image, similar to the cropping necessary when shooting 35 mm film. In Data mode the sensor size also allows for the use of anamorphic lenses, producing the 2.35:1 widescreen aspect ratio from the full sensor height. Captured data is recorded to either flash or hard drives, notably the sTwo data recorder.

At the time digital cameras were still very much in their infancy and not widely accepted or used. The D20 was discontinued in 2008 when the Arriflex D-21 was introduced. While both these cameras didn’t last long they were the precursor for something much bigger on the horizon.

In April 2010 Arri released the Alexa. The Alexa was a huge step up over the Arriflex D-21 and it combined a Super 35 sized CMOS sensor that could shoot in resolutions of up to 2880×2160 (2K) with the ability to capture uncompressed video or proprietary raw (ARRIRAW) data.

The Alexa’s ALEV III sensor has 3392×2200 effective pixels and even today, some 7 years after it was first announced, it’s still considered one of the best sensors on the market. This is truly testament to just how good this sensor is.

The Alexa was the arguably the first camera that pursauded a lot of DP’s to make the switch from film to digital. Roger Deakins ASC BSC, said this after using the Alexa on the James Bond film Skyfall- The Alexa’s tonal range, color space and latitude exceed the capabilities of film. “This camera has brought us to a point where digital is simply better.”

Since its introduction more than 7 years ago, the Alexa has evolved and morphed into several different versions. In all, there has been 9 variations of the Alexa, if you include the Alexa 65.

Just like previous Arri cameras, the Alexa has become the modern digital industry standard in many ways. The camera has been used in high budget feature films, television shows, and commercials by some of the world’s leading cinematographers. Movies shot on the Arri Alexa digital platform won the Academy Award for Best Cinematography 5 times in a row respectively for Hugo (2012), Life of Pi (2013), Gravity (2014), Birdman (2015) and The Revenant (2016).

What is even more remarkable is that Arri cameras (both film and digital) were used on 14 of the last 17 Oscar winning movies for Best Picture. 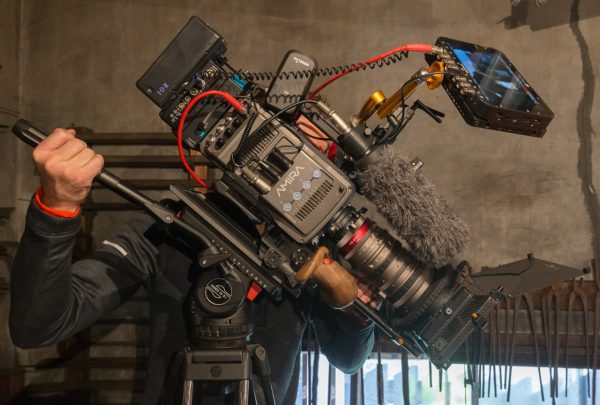 In 2013 Arri announced the Amira, a documentary style camera that featured the same ALEV III sensor found in the Alexa. Arri took a lot of what people loved about the Alexa and put it into a more ergonomically friendly, solo shooter chassis. 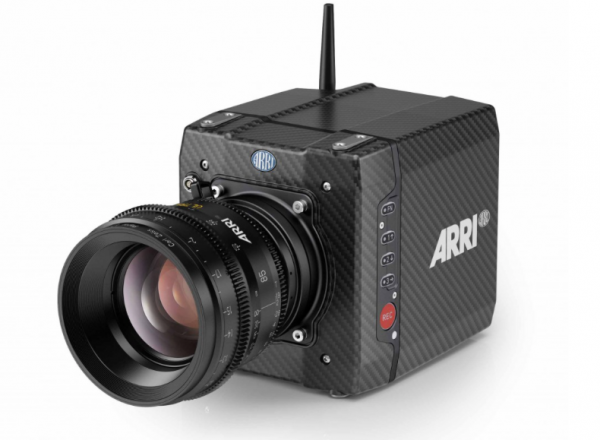 In 2015 they announced the Alexa Mini, a shrunken down version of the ALEXA with the same sensor with excellent dynamic range and fabled ‘ALEXA look’. The camera was designed with fast and flexible filmmaking in mind. At the time ARRI had no idea just how popular the camera would become.

In September 2014, Arri announced yet another revolutionary camera, the Alexa 65. The camera features a sensor that is slightly larger than a 65mm 5-perf film frame and is comprised of three Alexa sensors that are arranged vertically and seamlessly stitched together.

The Alexa 65 has subsequently become the go to large-format solution for high-end theatrical motion pictures. There is currently only around 40 Alexa 65s in the world and they are only available through Arri rental. The Alexa 65 has become so sought after that there is a long waiting list for anyone who wants to use one. The camera has been used on films such as the Revenant, Wonder Woman, Mission Impossible-Rogue Nation, Transformers- The Last Knight, Okja, Rogue One, The Dark Tower, War For The Planet Of The Apes, Life, and Thor-Ragnarok just to name a few.

Arri has a long and storied history that has helped shape our industry into what it is today. They deserve not only our recognition, but our respect. Happy birthday Arri!

Feel free to leave your birthday wishes in the comments section below.