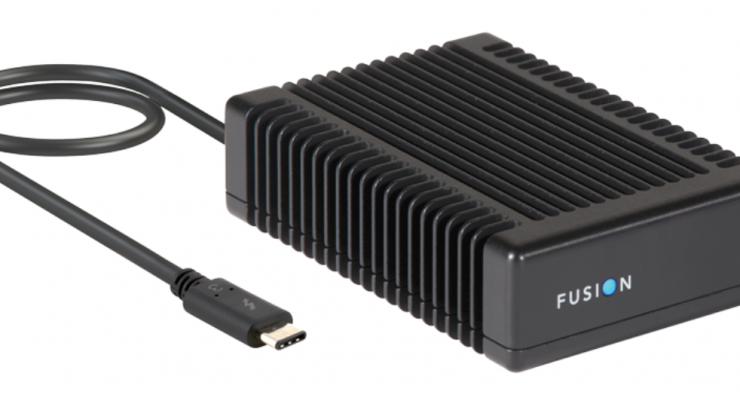 Sonnet Technologies have introduced a 1TB version of their Fusion Thunderbolt 3 PCIe Flash Drive. The drive is a rugged, pocket-sized solid-state drive (SSD) storage device with a Thunderbolt 3 interface. It is equipped with 1TB of NVMe flash storage and is compatible with both Mac and Windows computers. The drive leverages the 40Gb/s bandwidth of Thunderbolt 3 to deliver read speeds up to 2600 MB/s, and write speeds of up to 1600MB/s.

I feel the need… 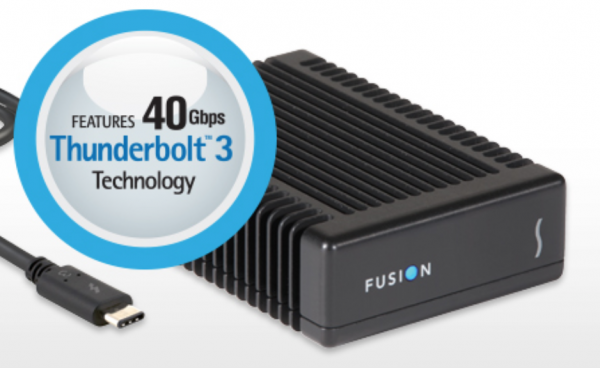 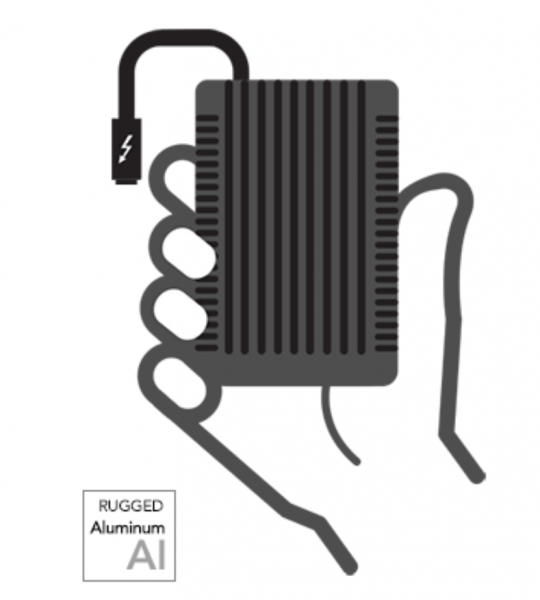 The drive is 2.8 inches wide by 4.1 inches deep by 1.25 inches tall, and comes in a rugged enclosure crafted out of aluminum, which also helps cool the SSD and eliminates the need for a fan. The drive is bus-powered and doesn’t require an AC power adapter.

The Fusion Thunderbolt 3 PCIe Flash Drive with 1TB capacity will be available late in September 2017 for $999 US.