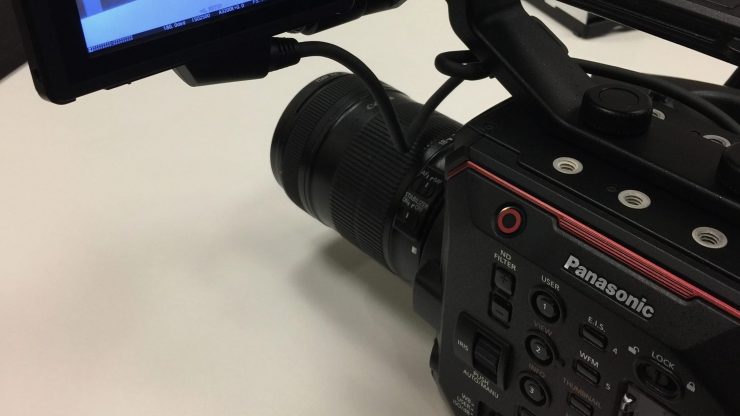 Newsshooter managed to get a sneak peek of a working and operational Panasonic AU-EVA1 to see how the camera was progressing. 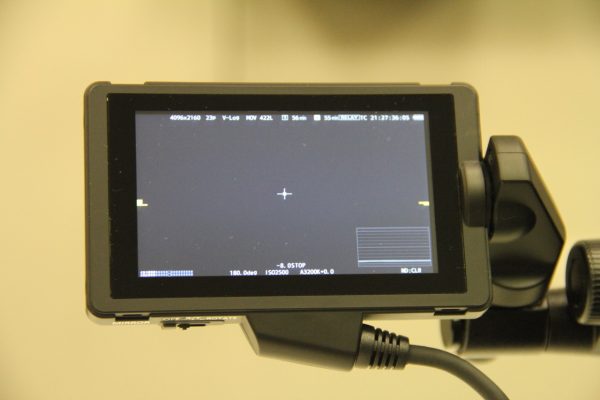 The last time we saw the EVA1 was at Cine Gear in LA, where the camera was shown for the first time to the public. That version wasn’t even a working model so the only information we could provide you was the initial specifications. Recently Panasonic released final pricing and provided a long list of specifications that the camera will ship with. 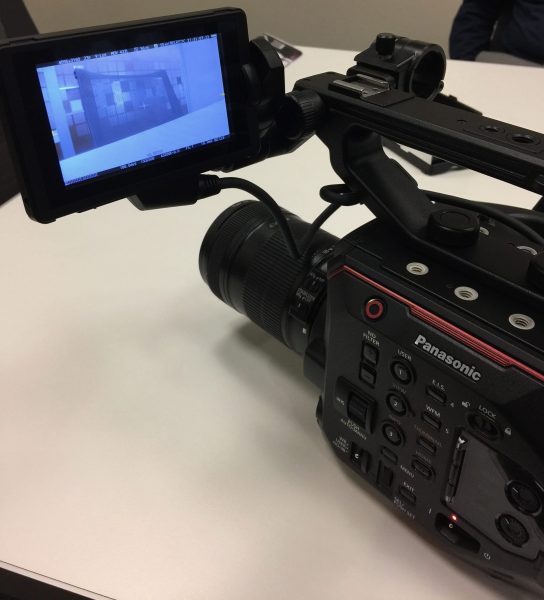 Today we were shown an actual working engineering sample. This means the body was pretty much finalised, but the software will continue to be tweaked before the camera becomes available sometime in October. 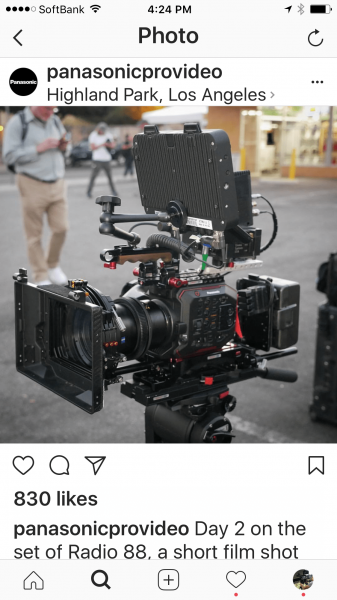 A few cameras have been making the rounds internationally, and Panasonic have a couple of DPs shooting content for what we believe will be films to be shown at IBC next month. Those same DPs will also give feedback that will be taken onboard and possibly implemented into the final production camera. 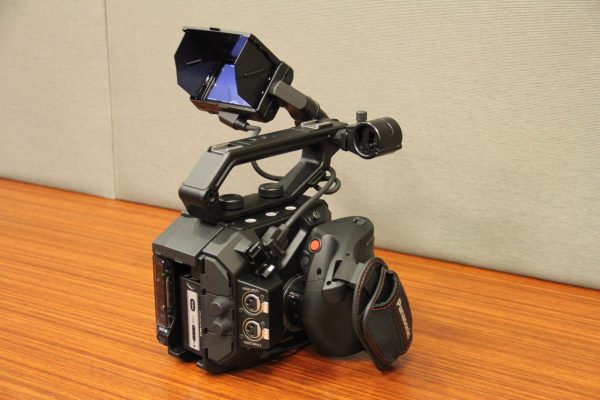 The EVA1 sample Newsshooter saw was all up and running, and we were able to put an EF-mount lens on the camera and see it working. We weren’t allowed to record any vision or show you any images from the camera. 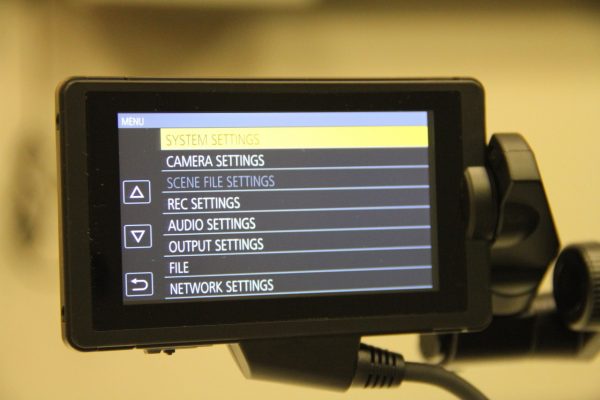 The 3.5″(approx. 1,150,000 dots) LCD screen was bright and clear and can be controlled using touch or via a dial wheel on the hand grip. The touch control screen seemed responsive and easy to use. 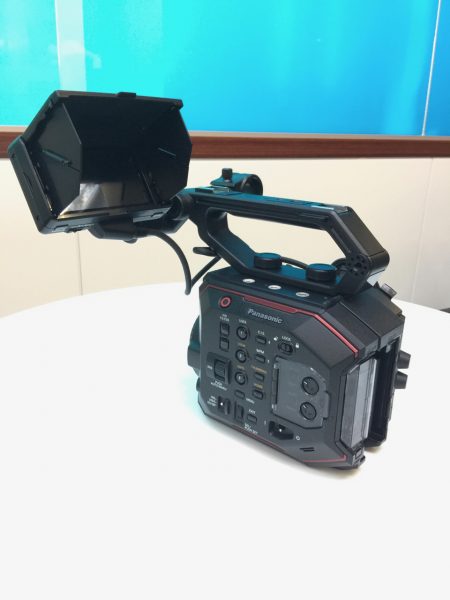 Although the screen looked vivid and sharp, we weren’t able to take the camera outside to see how it looked in bright, sunny conditions. The LCD hood that will ship with the camera looks like it may make using the EVA1 outdoors a lot easier. It wasn’t too big so it doesn’t get in the way of using your fingers on the touch control screen. 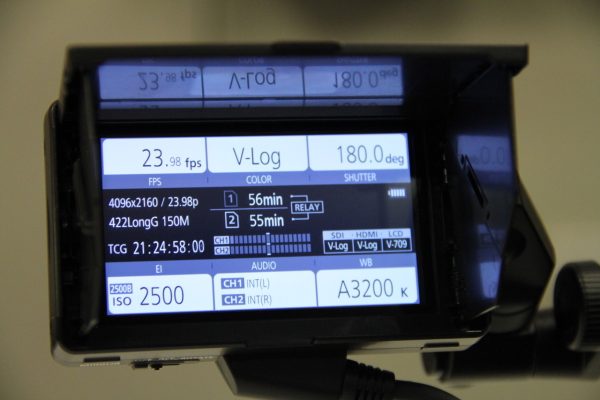 The menu layout looks very similar to that of the Varicam LT and there is a nice home screen you can bring up that shows you all of your key information. As this camera was running very early Beta firmware there were certain parts of the menu and functions that were not yet enabled. 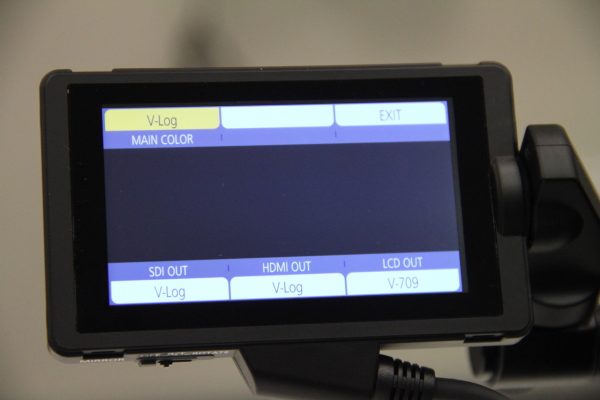 The one touch autofocus button was working and seemed to do a pretty good job, but there are no other autofocus options available. If you are looking for Canon C200 levels of autofocus performance then you are out of luck. 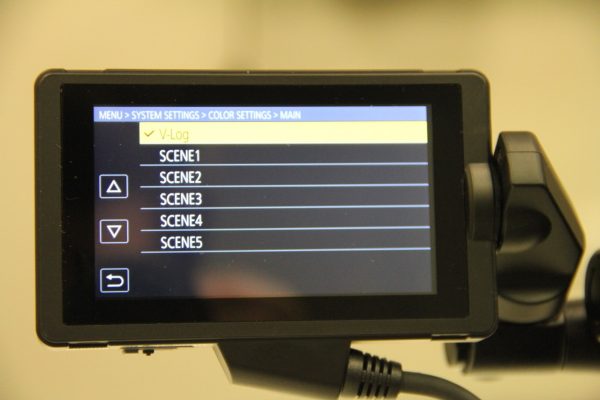 We were also told today that the EVA1 supports V-Log and local scene files, but not full LUTs. This means you won’t be able to load up your own LUTs into the camera and you will have to use the local scene files. 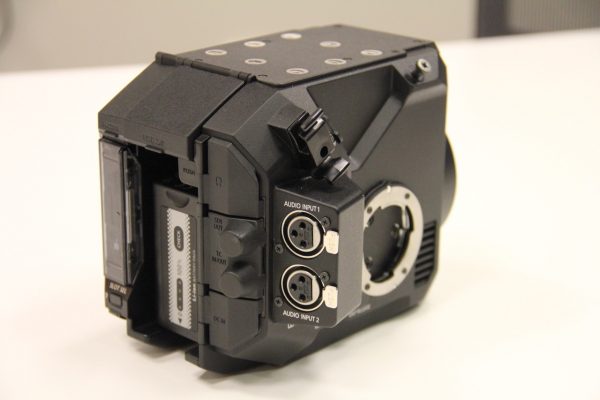 Panasonic again today stressed that the EVA1 has been designed to be well-weighted and modular, to suit gimbals and drones. This is the same concept that Canon have gone with for the C200. 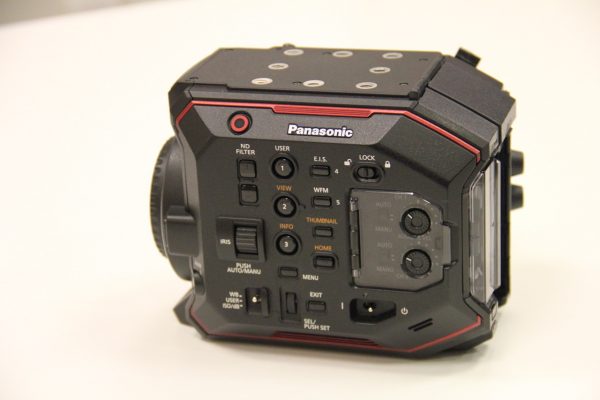 On the subject of drone and gimbal use, the EVA1 has mechanical ND and IR filters that can be electronically controlled remotely from smartphones and tablets. 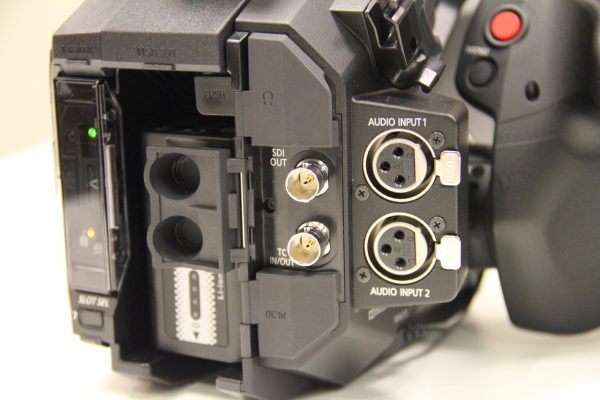 All the codec details are already available, but Panasonic reiterated that it will shoot up to 150Mb/sec 10-bit 4:2:2 on release, and a future update will allow for 422Intra 400Mbps (29.97p), although V60/V90 SD cards will be required for the higher bitrates. 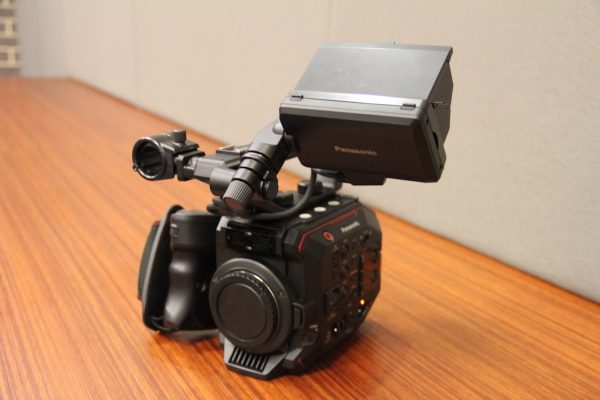 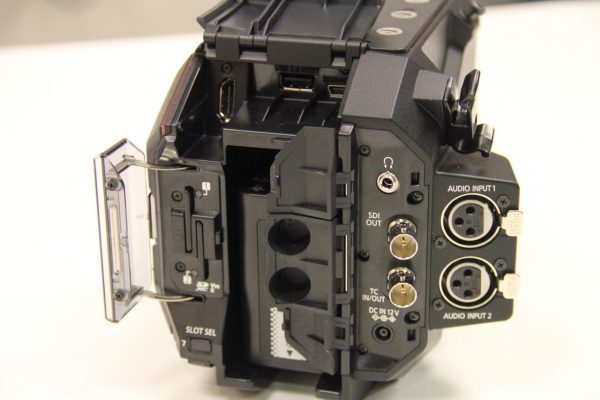 On the body notice where the placement of the HDMI and USB ports are.

All the equipment that comes with the camera – hand control, handle, and LCD screen have been designed for tool-less removal. 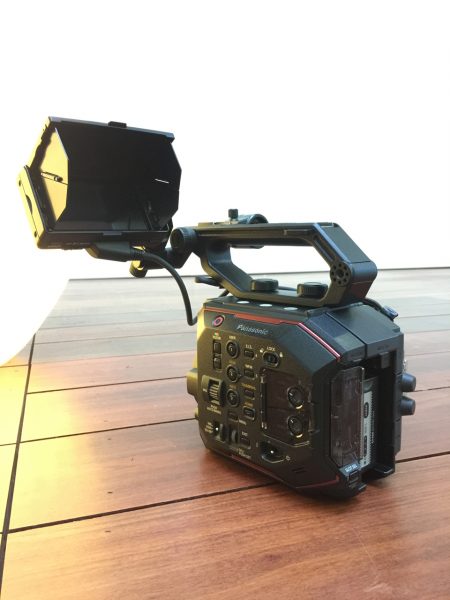 The Panasonic AU-EVA1 is sure to draw a lot of comparisons with the Canon C200 that I recently reviewed. Both cameras look to to steal sales away from the popular Sony FS5 and FS7 range.

Are you going to buy a Panasonic AU-EVA1? Are you deciding between a Canon C200 and the EVA1? Let us know in the comments section below.