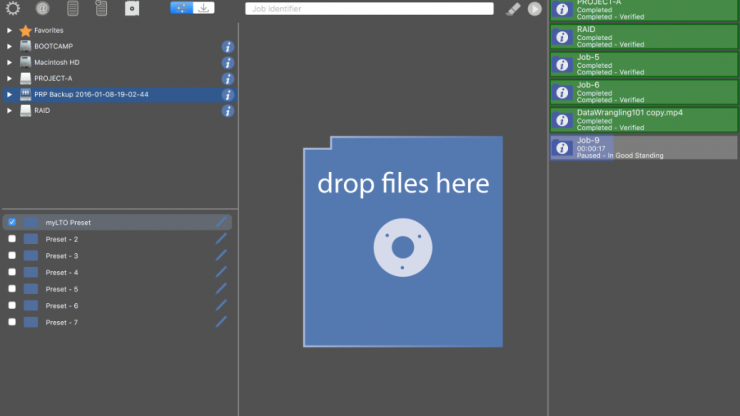 Imagine Products has just released myLTO, a program that formats and mounts LTO tapes then copies files to them. The application also checks and corrects for LTFS data compliance and uses checksum technology for guaranteed accuracy.

Backing up your footage is often a menial task that we don’t pay enough attention to. If you are shooting documentaries, news or any event where that footage can never be captured again you really should be thinking very seriously about preserving that material. Most people use hard drives, but as we all know, even the best brands are still prone to failure. There is however, a much better solution for archiving your material long term. That solution is called LTO.

What exactly is LTO? 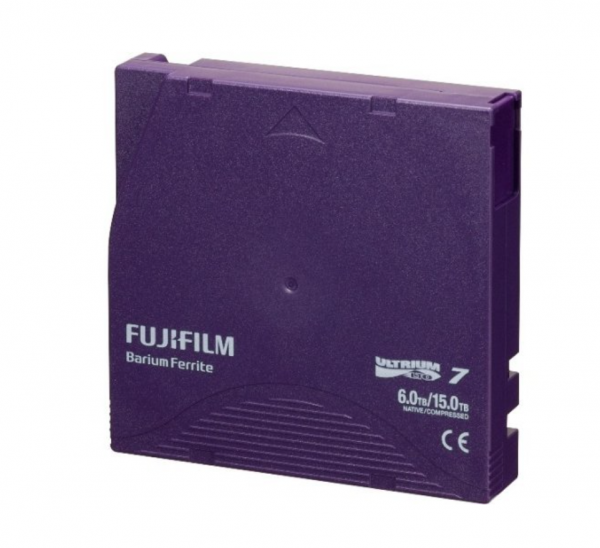 If you are not familiar with LTO, it is a very robust archiving tape system that is designed to keep your data safe for decades. Linear Tape-Open (LTO) is an open-format tape storage technology created by Hewlett-Packard (HP), International Business Machines (IBM) and Seagate Technology. Most conventional hard drives can have a shelf life of as little as five years; by comparison, LTO tape can be stored safely for up to 35 years. Running costs are lower too with a 6TB cartridge costing around $94US, way cheaper than an equivalent hard disk. The copying speed is not as fast as some traditional hard drives, but it’s still not too bad, with write speeds of up to around 300MB/second.

Sounds too good to be true 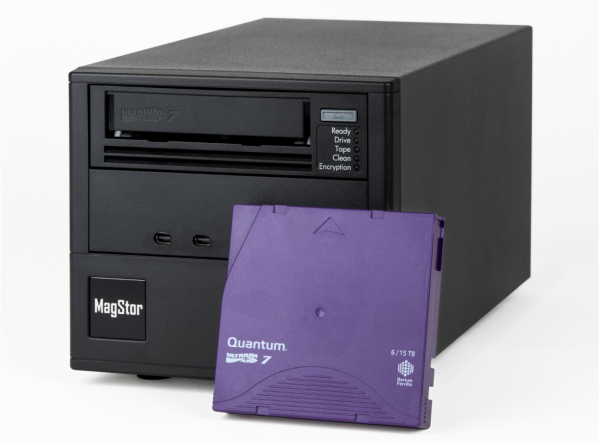 While LTO is currently one of the best methods of archiving your crucial footage, you do need to be aware of one thing. The initial set up cost of purchasing a LTO machine is not cheap. To give you an example, the MAGSTOR LTO-7 TAPE DRIVE retails for $4450US. This may sound like a lot of money to outlay, but over time it works out to be a lot cheaper than buying hard drives. If you are going to spend thousands and thousands of dollars to obtain your footage isn’t it worth spending a bit of money to protect it?

So now that we know what LTO is, how does myLTO work? 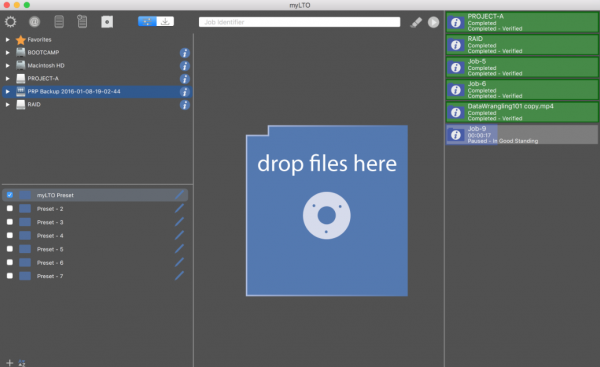 The program uses a similar interface to ShotPut Pro 6, and the company has taken much of the technology from PreRoll Post and incorporated it into myLTO. The only big difference between myLTO and PreRoll Post is that Imagine Products has removed higher end features such as video proxies and the database creation of your tapes.

myLTO allows users to mount, format and backup to one or more LTO tapes, or to hard drives, simultaneously.Files can be drag and dropped into the queue. Details about each file or volume like the size and number of files automatically populate.

The LTFS application also boasts detailed reports that can be customized to users specific needs. PDF reports, with thumbnails and metadata for all video files can be selected. CSV and TXT reports are also available. Similar to ShotPut Pro, naming presets can be set up in myLTO and color coded for quick reference and even shared with other myLTO users. Advanced naming options allow nest folders inside one another for better organisation.

In the Destination mode, files, folders and volumes can be dragged from the source column to the destination column into pre-existing folders. Switch the interface between light or dark motif to suit your workflow environment.

For larger organisations with multiple seats of software, myLTO uses Imagine Products’ new account-based activation system. Applications can now be activated with either the email and password associated with the account the app was purchased, or single use serial numbers can be generated – these are particularly useful to rental houses or large post facilities.

myLTO for Macintosh users is available for download now from www.imagineproducts.com and https://tinyurl.com/myLTOapp. The price is US$299. There is also a free demo you can download and try before purchasing.

What do you use to back up your footage? Would you consider using LTO in the future? Let us know in the comments below.