Behind the Lens episode seven brings us into the back straight of Matt Porwoll’s look at documentary zooms for AbelCine.

This episode features the heaviest lens on test, that also has the longest zoom range: the Canon Cine-Servo 17-120mm. 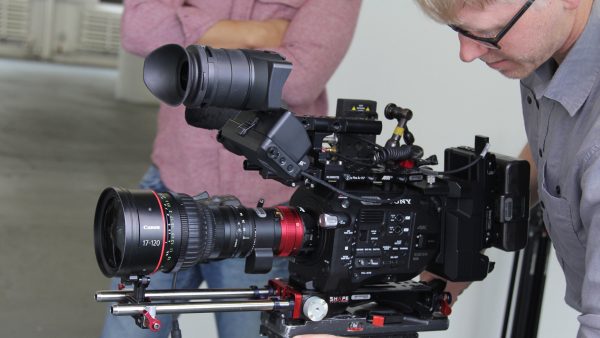 This is a lens designed to see you through any shooting situation, on pretty much any camera. It’s available in EF and PL mounts, features a dedicated servo unit and a wide front barrel with 180° of focus throw.

It looks a lot like a traditional ENG-style zoom lens, with the added weight and heft necessary to cover a Super35 imaging sensor. 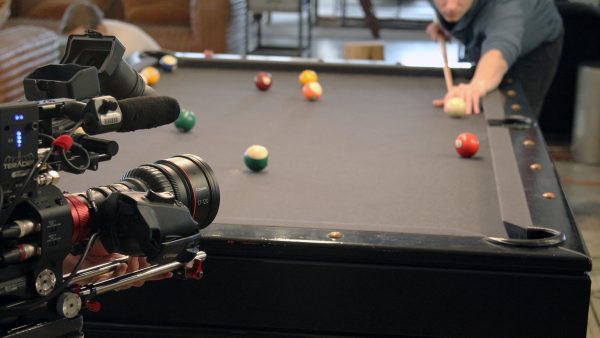 It’s a heavy lens – 6.4lbs (2.9kg) so you’ll probably need rails to support it, especially if you’re using the EF-mount version. Matt found it to be very handholdable, partly due to all that mass making it nice and steady. Although if you’re going handheld or shoulder mounted for any length of time your back might thank you for investigating an Easy Rig or similar support setup.

Use off a tripod is also helped by the built-in servo unit, which offers control of zoom and start/stop functions. One gotcha to be aware of: if you disengage the servo unit the weight of the front element can zoom the lens if you’re carrying it facing down.

That (well, along with the cost and a small amount of focus breathing) is about the only negative Matt found with the lens though – he says it ‘nailed every situation’ from charts to real world tests. 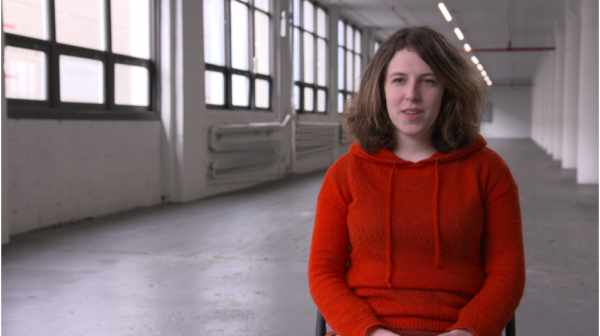 It was one of the sharpest lenses on test and featured the warmest rendition of skin tones. It also has a macro mode that, when engaged, moves the close focus point to just in front of the front lens element. Don’t. Scratch. The. Element.

The EF version of the lens also communicates to Canon cameras through the lens mount, transferring data on T-stop and focus range and allowing control of zoom and iris from the camera body.

All in all Matt says he ‘thoroughly enjoyed’ using the Canon 17-120, describing it as ‘heavy but feature-packed.’

As usual there’s plenty more information and a deeper dive into the lens on the AbelCine blog, and you can catch up on the other episodes of Behind the Lens here on Newsshooter.

What do you make of the 17-120 – a purchase to see you through a shooting career or an exotic rental? Let us know in the comments below…