Matt Porwoll has Behind the Lens episode three, the next instalment of his series produced by AbelCine, which looks at a wide range of documentary zooms and how they perform. 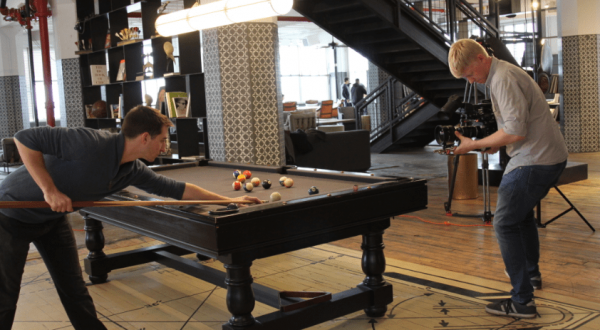 In part three Matt looks at the Zeiss LWZ.3 21-100mm lightweight zoom that covers Super 35 sized sensors. The lens covers 21-100mm  and provides a fairly decent focal range while keeping the weight down to 4.4lb (1.99kg). 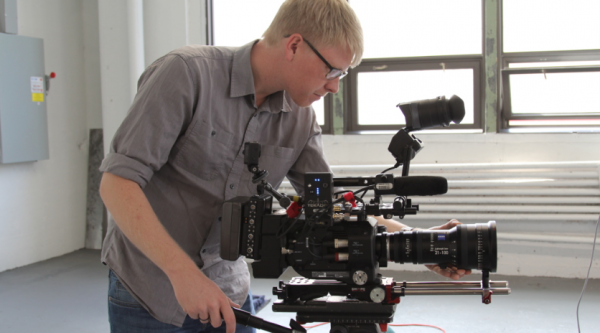 Despite weighing under 2kg Matt says that the  21-100 is solidly built, with full metal construction. The lens is also touted as having a “splash-proof housing,” allowing you to continue shooting when the elements don’t cooperate. The focus ring has 294° of rotation, which is quite long, considering the size of the barrel. While this is nice when you need to nail precise focus marks, it can be a little too long when performing focus racks handheld.

The lens rings are geared with standard 0.8mm film gear pitch for use with a follow focus or motorized FIZ control, along with a comfortable rubberized ring on the focus and zoom that make it easy to find and grip the rings when shooting. Matt did find that the focus ring is spaced much further away from the iris and zoom, making it more difficult to operate all three rings with one hand when handheld on the shoulder; Matt says that this slowed him down as he had to go fishing to find the focus ring.

The 21-100 is an aperture-ramping lens. Unlike other lenses that are consistent up to a point and then drop off, the 21-100 gradually reduces the T-stop all the way through the zoom range. That means you have T2.9 at the wide (21mm) end that consistently stops down to a T3.9 at the long (100mm) end of the lens. Matt also found that despite being midway through the focal length range that would technically have you somewhere around a T3.2-3.5, the iris ring still says T2.9. This can be deceiving, as you never really know what your T-stop is.

Matt found the 21-100mm  to be a very sharp lens, edge to edge. There is no perceivable sharpness falloff at any T-stop. While the lens is very sharp throughout the T-stop range, it finds its sweet spot at T5.6 and above.

With the 21-100, there is no discernible chromatic aberration. In a real world scenario, this would also appear along the window edge in high-contrast locations, but you will not notice any fringing  in the above photo.

Matt found that the lens exhibited no signs of focus breathing at all, which impressed him. The lens is also parfocal in its behaviour, so you can hold your focus throughout the zoom range. Matt also tested to see if there is any drift when you zoom. The lens holds center perfectly as you zoom in or out.

The 21-100 makes it easy to use with a multitude of camera types. It’s available in Canon EF, Nikon F, Sony E, MFT, or PL, and the mounts are field-switchable, without having to send in to a service center.

Behind the Lens Episode Three: Conclusion

The Zeiss LWZ.3 21-100mm is a great addition to the Zeiss cinema zooms. The focal length range is great for all around coverage and the size and weight make it a manageable lens on a variety of camera sizes. The lens is well built and sturdy, and can hold up to the elements often found in documentary productions. The availability of lens mounts is more diverse than any other lens Matt has tested.
The lens feels good when operating, especially with the rubber grips on the focus and zoom rings, but the location of the focus ring–spaced so far from the rest of the lens rings–was difficult to operate one-handed. The focus throw of 294° was a little long for Matt’s taste, but great if you’re working with an AC.

The variable aperture works well when shooting solo, since the gradual reduction in exposure is subtle, but can make multi-camera productions difficult when trying to match exposure at different focal lengths.

The lens performs well technically. It has clean geometry, is very sharp, and has no brightness falloff or chromatic aberration. The lens doesn’t breathe at all, which is very impressive. The lens is cool in color with good contrast and is incredibly flare resistant.

Is this one of your go-to zooms for factual film making? Let us know in the comments below…