Filestage is an online annotation and review tool I’ve been using for sharing, reviewing and approving media content with your clients and co-workers. Until recently I had been using Wipster, but they increased their prices and changed their business model to focus on large enterprise customers. By doing this they essentially abandoned small independent video production houses and individuals who were using their service.

The scene is set for Filestage

Since then a couple of people suggested I look into Filestage, so I thought I would give it a try. Filestage isn’t a new program, it’s been around since 2015, but I had never heard of it. Filestage lets your clients and co-workers add comments directly in the browser without them having to download or install any software. All they do is click on a link that you send them and a browser window opens up. There they can watch a simple tutorial that will show them how to leave and make comments.

Easy to use interface

The interface is very simple, but to me that is a strength rather than a weakness. Often clients aren’t very tech savvy, and if if you make an interface too complicated people won’t use it. By keeping it simple Filestage has made it easy for first time users to understand.

Upload a wide variety of files, not just video

Filestage allows you to upload a range of different files, including videos, designs, and PDFs. This can be useful if you need to exchange ideas, logos, sounds or scribbles. You just attach relevant assets to your comments. This is handy as sometimes you want feedback on not only the video, but also scripts and other documents. Filestage supports all common audio formats like MP3, AAC and WAV (browser-dependent) and image formats such as JPEG, PNG, and GIF.

You can also share your review links in tools such as Slack, Trello or Basecamp which is handy if you’ve been asked to integrate into an existing workflow. To make Filestage look more professional you can even customise it by adding your own company logo. 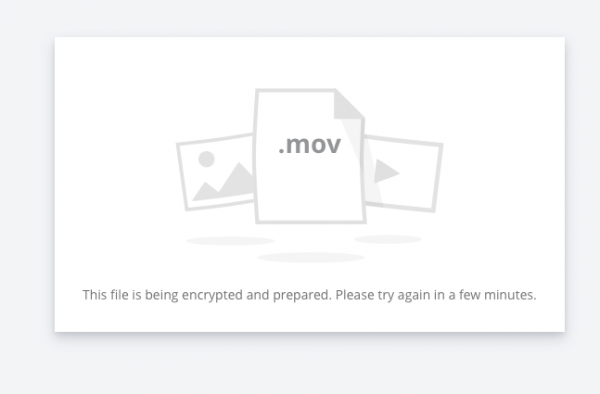 I did find that uploading a file to Filestage was fairly quick, but then the file just got stuck saying it was preparing and encrypting that file. I subsequently found out that Filestage only supports common video formats, such as 3GP, AAC, AVI, FLC, MP4 and MPEG-2. Filestage doesn’t currently support Apple ProRes files and Raw formats like ARRI and RED. This is hardly ideal as the cameras I primarily use shoot directly to ProRes.

To use Filestage I had to convert the file I wanted to upload. The lack of any type of warning from Filestage telling me that I was about to try and upload a file that was incompatible wasted a lot of my time. There is no mention of what video file formats the program supports unless you go digging around in the FAQs section on their website. I also had to ask what the maximum file size you could upload was. It is limited to 5GB.

Once I converted my file and then re-uploaded it, the file encrypted and processed very quickly. It is easy to leave and reply to comments and to send people the link to join the review process. A nice touch is that I could attach an audio file to my comment and then anyone in the review group could download and listen to that track. This is a great feature as reviewers in the group can get access to video, documents and sound files all within the one application.

I also liked the colour coded traffic-light system that allows you to see the status of all reviews at a glance. Green means it has been approved, yellow means feedback has been received, and red lets you know the item is still awaiting feedback.

There is an option to download the files you upload, which is handy for clients who may be happy with a MP4 or MPEG-2 version that they want to post online. It would be nice in the future to be able to upload a ProRes file that your clients could then directly download.

Are my files secure?

If you are worried about security Filestage uses AES 256-bit encryption. This standard is used by banks and high-security systems to secure data storage. Your data is also protected in a European server, under European privacy laws.

As far as after sales support goes Filestage claims that they have a professional support team that can assist you via phone, email and via an in-app chat. When I tried using the in-app chat application I was greeted by a response that said we typically reply within a few hours, but I was pleasantly surprised when someone got back to me within a few minutes. They also sent me a follow up email.

As far as pricing goes there is a 14 day free trial you can do to see how Filestage works. Then you can choose from yearly plans ranging from €29 a month up to €490 a month depending on what your needs may be. If you want to sign up just on a month by month basis the prices are slightly more. You can change your plan at any stage.

If you are a small company or individual then the €29 plan gives you 3 team members and you can have unlimited reviewers. It allows you to have up to a maximum of 30 active reviews going at the same time and 15GB of included storage.

I found Filestage simple to use, but most importantly so did my clients. Despite not being able to upload ProRes files, I think Filestage makes a lot of sense for producers, from individuals all the way up to large production houses, who need to upload and review a wide range of media files.