Kinefinity had announced the TERRA 5K camera before, but NAB this year was the first time we’ve been able to get a hands-on look at an engineering sample. 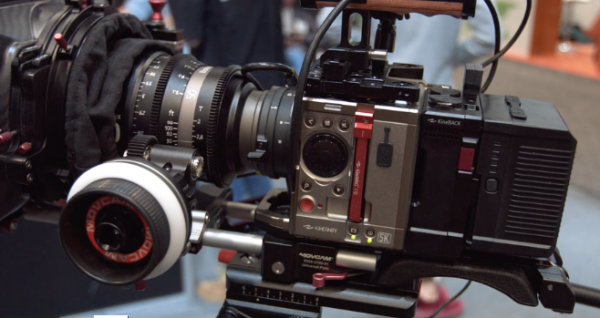 The camera differs from the 6K model in that it has a switchable shutter function. In rolling shutter mode you’ll get around 15 stops of dynamic range and improved noise suppression. In Global Shutter mode you’ll not have to worry about motion artefacts but you get a slightly reduced DR of 13 stops. The company is planning the function as a firmware update after the camera ships. 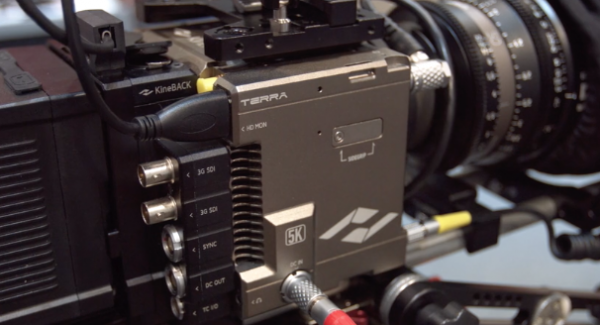 Elsewhere there’s a Kineback attachment that adds XLRs, SDI connections, timecode sync, DC power for camera accessories and a V-mount battery plate. Kinefinity also have a custom a range of batteries designed to keep your rig streamlined and low profile. 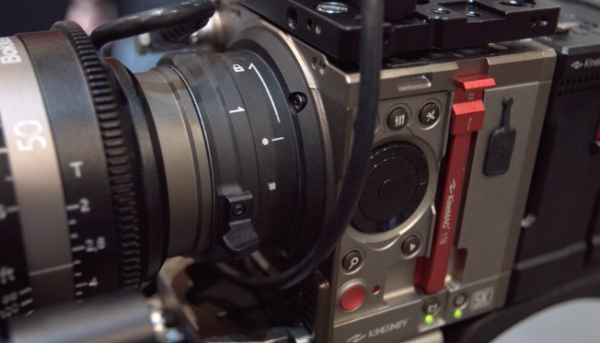 You can get the TERRA 5K with a standard EF or PL-mount but you can also specify the company’s Kinemount system. This features exchangeable mount modules so you can swap between EF, Nikon, PL and Sony E-mounts – so you could use it with Fujinon’s new MK-series lenses, for example. 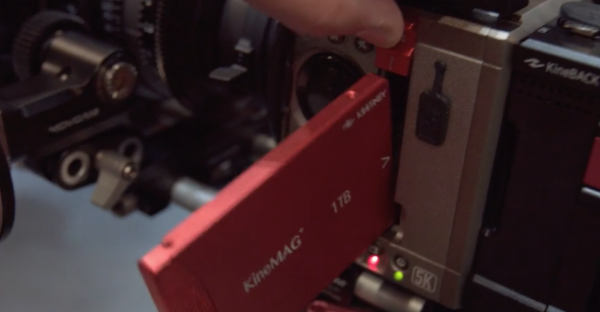 The camera records to ProRes and KineRAW formats, and impressively manages to do so to regular SSDs. Although Kinefinity have their own range of KineMag media that they recommend, it is possible to swap in off-the-shelf SSDs like the Samsung Pro range. This could save you an awful lot of money if you’re used to buying proprietary media from other camera manufacturers.

There’s also a neat handheld kit option for the camera, which is powered by a Sony BPU-style battery and apparently runs for 100 minutes. It also features a custom grip to control camera functions.