A new Movcam Canon C700 cage was being shown at NAB 2017. The Canon C700 is quite an ergonomically built camera so the idea behind Movcam’s design is to add features that help compliment what is already there.

The Movcam C700 cage features a sliding baseplate and a lot larger shoulder pad to make hand held shooting easier when using the camera. There are also numerous accessory power ports on the top plate including one DC in, and four 2 pin DC outs.

Movcam have designed the top plate so that you can use the stock C700 handle or theirs depending on which one you prefer. There is also a way of off setting the stock Canon C700 viewfinder. This is a much improved feature as the original C700 viewfinder on the camera sits dead center which is no good for left eye operators. 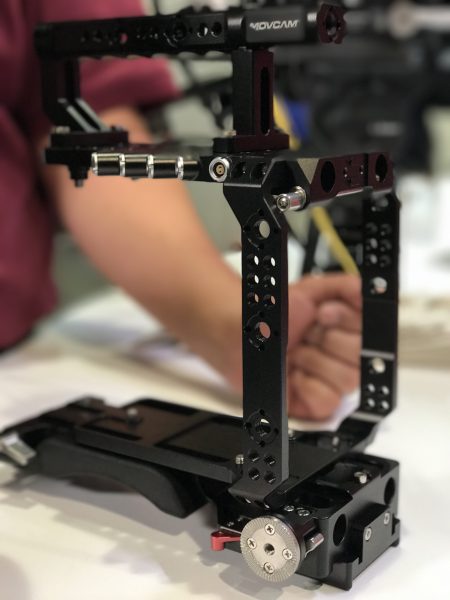 The sliding baseplate also has a unique design where you can use it on a VCT-14 plate or remove some pieces so it becomes Arri dovetail compatible. This is nice as you don’t need to buy two seperate baseplates to use on two different tripod mounting systems. 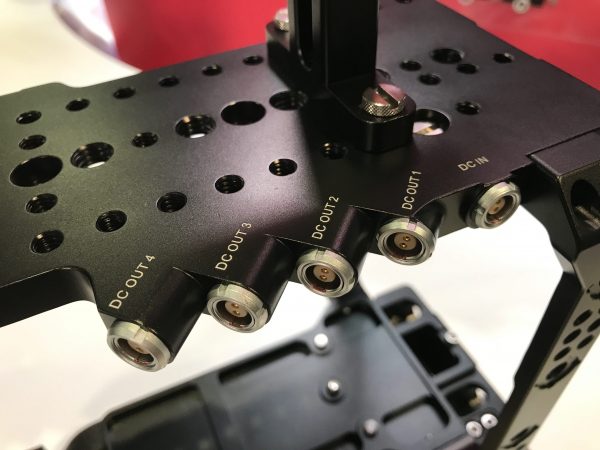 There is no indication on pricing yet, but the cage should start shipping in around 6 weeks time.