The Libec HFMP hands-free monopod, ZFC-L and ZC-LP LANC remote control units and the TH-X tripod were being shown at NAB 2017. All three products look to be affordable solutions for filmmakers on a budget.

The HFMP hands-free monopod comes with the same head thats found on the TH-X tripod system and features a Step Lock/Release Foot Pedal that allows you to rapidly move between having it move freely, or having it locked in a vertical position. It is made to stand on its own without support with a mirrorless camera or DSLR on the top.

The monopod is made of aluminium and weighs 1.8kg (4.0lb) on its own, and 2.7kg (5.9lb) with the video head. The HFMP with the head is available for $259US and Libec is currently offering a promotion where for an extra $10US you can get the ZC-LP LANC remote control unit.

The ZFC-L and ZC-LP LANC remote control units allow shooters to zoom, focus and record start/stop when using compatible cameras and lenses from a range of manufacturers.

The ZFC-L is a Zoom Focus Control compatible with LANC for Sony, Canon, and JVC cameras. It is equipped with a REC Start/Stop button and focus controls for manual control. The ZC-LP offers zoom control only and is compatible with LANC and Panasonic cameras such as the new GH5. On the GH5 you can use the ZC-LP to servo zoom inexpensive lenses such as the Lumix G X Vario PZ 14-42mm f/3.5-5.6 Power O.I.S and Lumix G X Vario PZ 45-175mm f/4.0-5.6 ASPH. 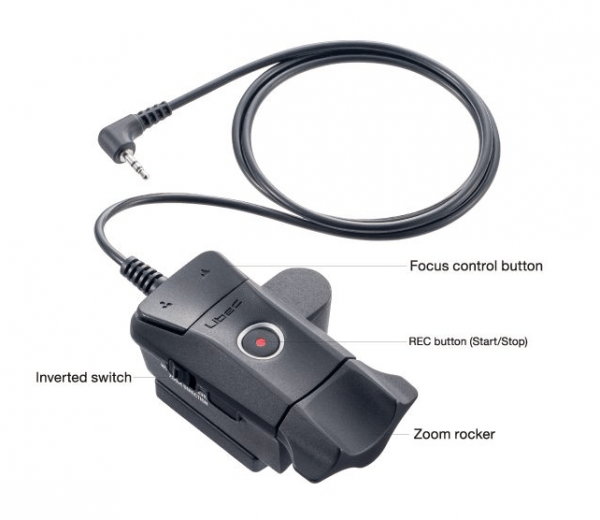 The ZFC-L and ZC-LP feature an invert switch that allows users to change the zoom direction when the control unit is attached to a top grip or in an underslung position. They also feature a new double sided zoom rocker design which gives users the ability to zoom with their fingers, not just their thumbs. Libec claims that these controls offer users smooth zoom and speed movements by simply tilting the zoom rocker.

The street price of the ZFC-L is $89US, and the ZC-LP will be available in June for $79US.