The CAME-TV SPRY 3-in-1 gimbal comes with three different heads that can be quickly interchanged to accommodate a smart phone, GoPro, or a point-and-shoot camera with a weight up to 1.1 lbs. When using select Sony cameras such as the RX100, there are 4 buttons located on the handle that allow you to control the camera directly. The functions you can control include zooming, focus, record start/stop, as well as photo capture.

The SPRY also comes with an included bluetooth remote that can control an iPhone when coupled with the “BT Shutter” application.

All motors rotate a full 360 degrees without limitation. A larger optional battery called the “Battery Foot” is available if you need longer run times. 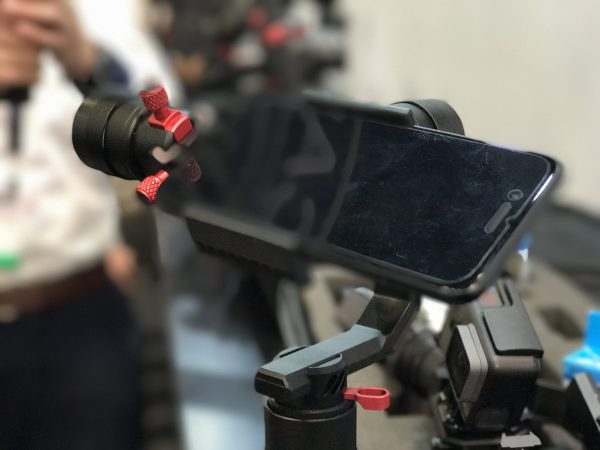 The SPRY looks to be a very versatile gimbal if you need to swap around between a small camera, smartphone or GoPo. It will retail for $450US and CAME-TV will start taking pre-orders from the 5th May and it should start shipping in June.