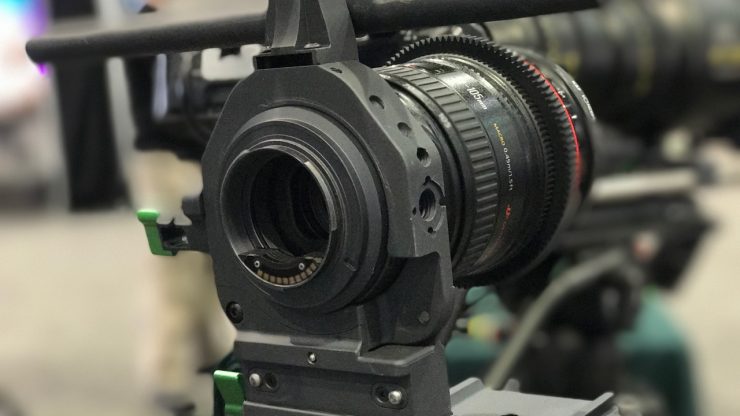 A range of Lanparte camera cages with built in lens adapters was being shown at NAB 2017. The whole idea is that the lens adapter is built into your cage so you just attach your camera on one side and a lens on the other. 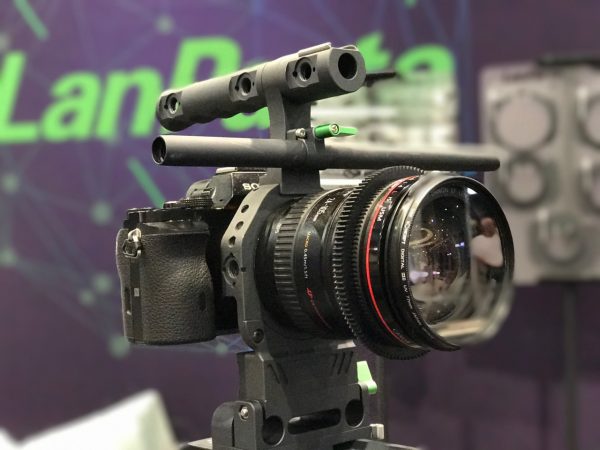 It’s unclear whether the Canon EF mount to Sony E mount and M 4/3 will be available in a Metabones Speed Booster version. As the adapter is built into the the cage, Lanparte may not be able to use a third party adapter from another company without licensing it.

The concept is quite clever, but it does of course limit your lens choices to either Canon EF mount or PL mount depending on what option you go for. 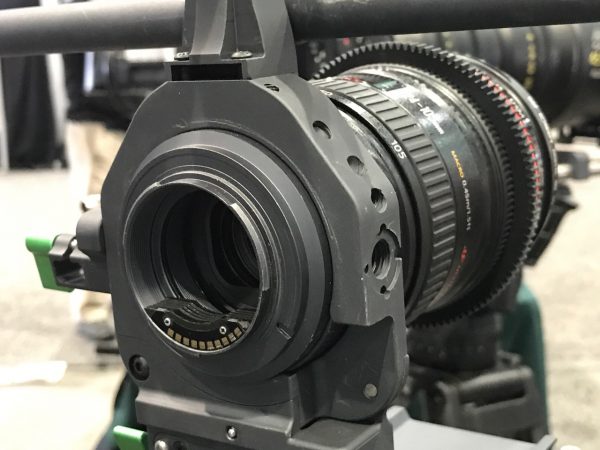 One of the main benefits of incorporating the lens adapter inside the camera cage is that it is going to be able to handle very large lenses as you’re not putting all the stress back on your camera’s mount.

The PL to Sony E mount adapter was shown on an a7 series camera with a whopping 45-450mm Fujinon zoom, so it’s safe to assume the mount when used with 15mm or 19mm rods is fairly robust. 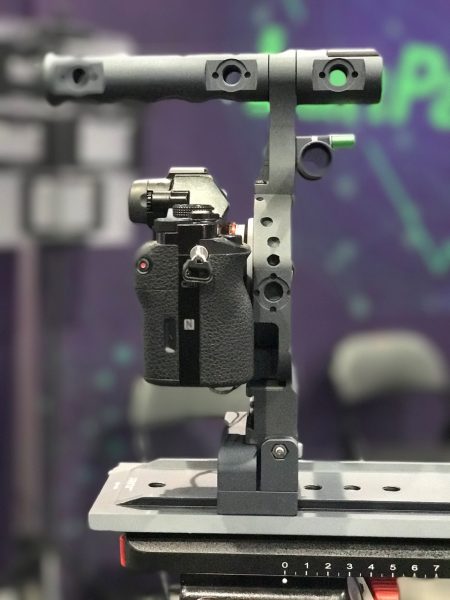 There is no indication of pricing or availability at the moment, but we will be sure to watch this product with interest.