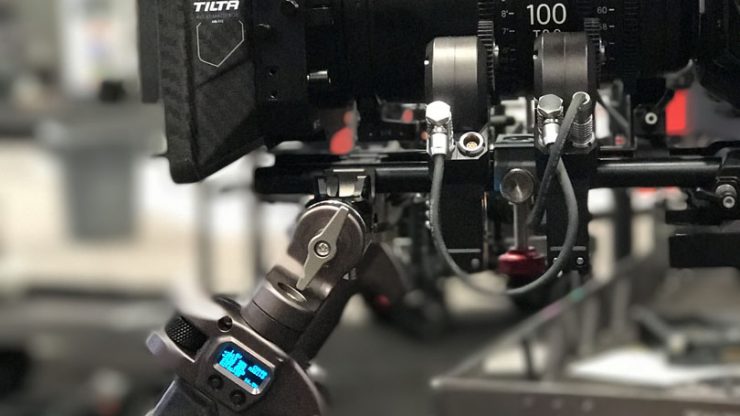 You pack away your cameras at a trade show and of course then you find something interesting. Tilta were showing their Nucleus M wireless control system designed for handheld use.

On the version we saw there were two motors driving zoom and focus, wirelessly linked to two handles with fingertip controls. This means that with the right rig the camera operator would be able to control both lens functions without taking their hands off the camera handles.

In the pictures here the system is mounted to a Blackmagic Design Ursa Mini, where combining the handles with the camera’s EVF and shoulder mount make for a nice steady platform.

Build your own gimbal remote 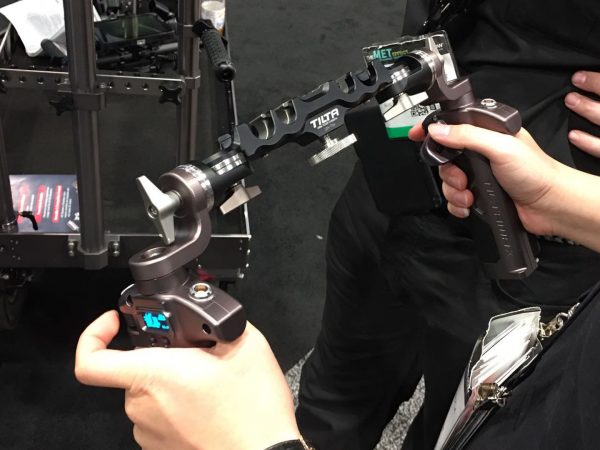 It’s a pretty interesting looking system, and as well as handheld it could also be a useful addition to a gimbal rig. The components are all fairly lightweight, communicate wirelessly and have mounting points built in.

But perhaps the most interesting thing about the system is its price. Tilta say they intend to sell a complete kit of two motors, a follow focus style remote and the control grips for $1,199 US.That’s really cheap, especially compared to the company’s other wireless Focus Iris Zoom (FIZ) rigs.

Get what you pay for?

We had a quick try out on the show floor, and found that the system maybe wasn’t quite as smooth as other ones we’ve tried. Still, it’s always nice to be proved wrong about these things, and we’ll follow the development of the Nucleus M with interest.