Last year at NAB Visionsmith debuted their new Visionsmith ReLamp LED Halogen replacements. The idea was simple yet brilliant. You take your old Arri fresnel (or compatible light) and remove the old halogen lamp holdre and reflector. You then insert the ReLamp LED unit and off you go. Everything old is new again. 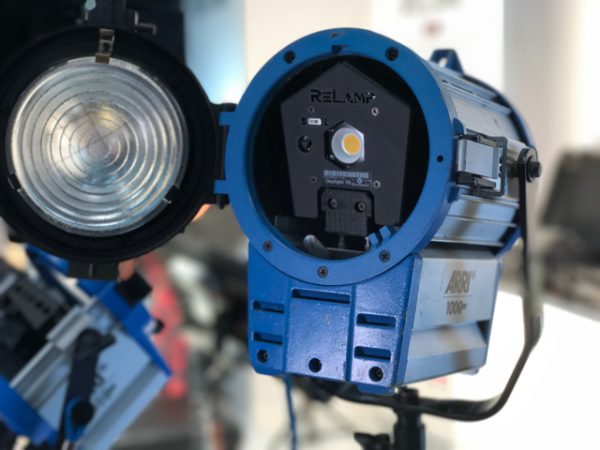 The only problem was that the original ReLamp LEDs were only available in either 120 or 240v versions, but now all that has changed. The company is now offering more models and versions and all of them are 90-250v compatible. This means you can now use them anywhere in the world. 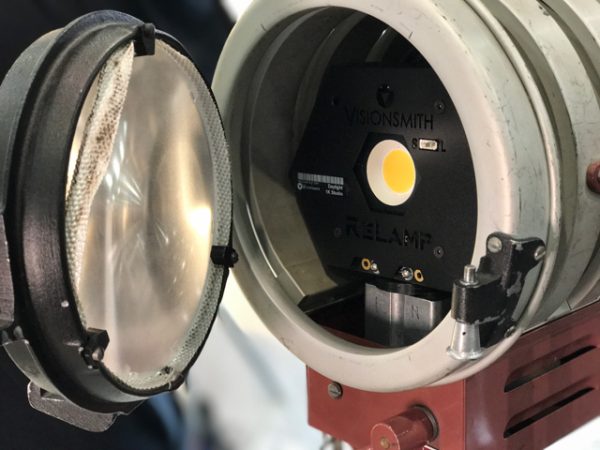 The other benefit is that you can convert older lights that were only single voltage and turn them into multi-voltage fixtures. 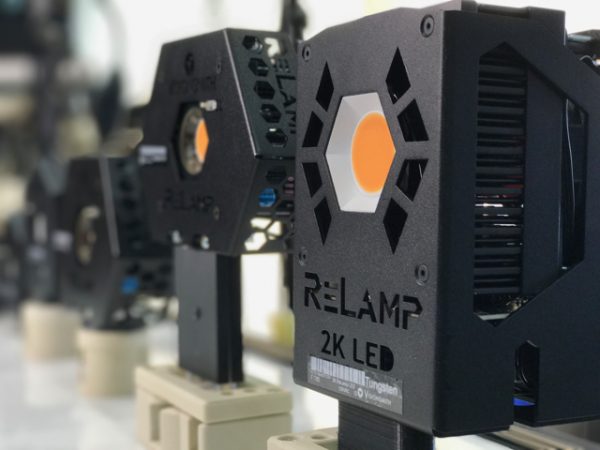 I tested one of the company’s Arri 650W tungsten LED ReLamps with a Sekonic C-700. It recorded a Kelvin temperature of 3176K and it had an output of 10800lx at a distance of 1m. Below you can see the light’s colour rendering scores as well as its spectral distribution. 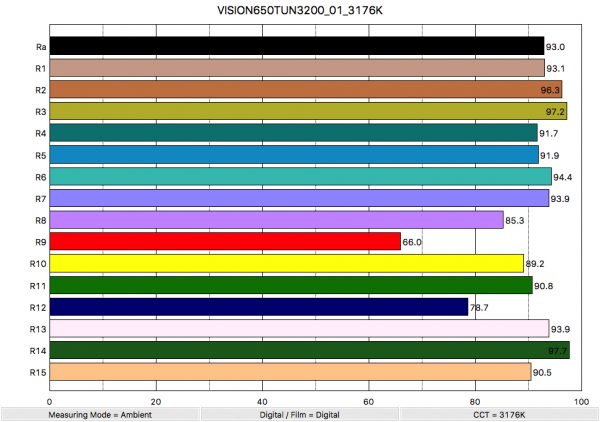 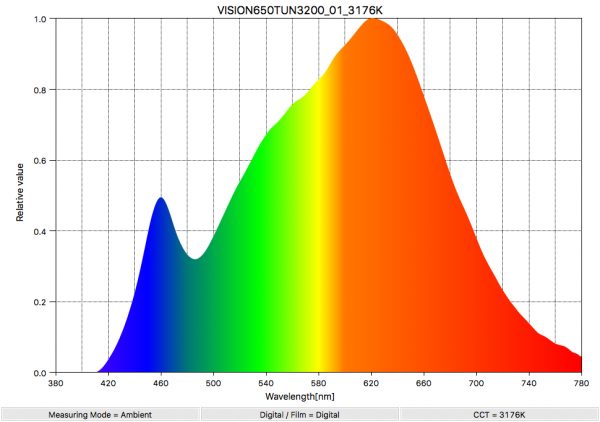 The Visionsmith lights have proven to be very popular with a lot of shooters and it’s good to see a company making a product that recycles older technology. For more information and prices head over to Visionsmith.