We went to the Panasonic press event at NAB to see if maybe a new camera would be released. And the answer? Well, sort of. However this mystery cinema camera is a real mystery. I tried hard to get more info on the new camera but Panasonic wouldn’t give up much in the way of details. Here is what we know and what I think they have. 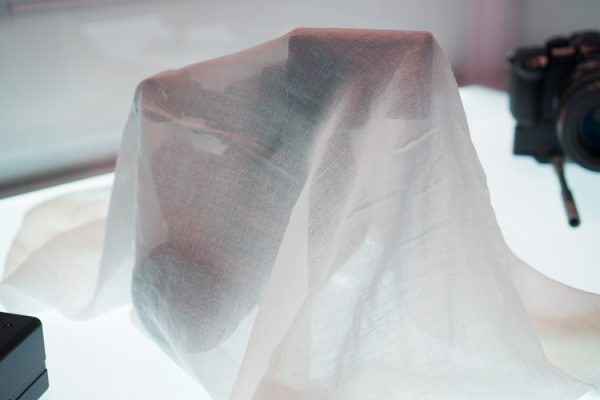 This is the rather general outline that Panasonic did provide:

Well, this leaves a lot to the imagination doesn’t it? Panasonic has a pretty sizable gap between the GH5 and VariCam LT in their camera lineup. I think they have a S35 sensor camera with an EF Mount under that muslin fabric. I tried to see the lens and it does have the distinct Canon red stripe on the barrel – it looks like a 16-35mm f/2.8L. I’m purely speculating here but that’s all I can do since Panasonic is being very secretive on this release. What makes a lot of sense to me is that the new camera will be 10 bit 4:2:2 since the GH5 is delivering a very strong codec I wouldn’t imagine the new camera would have a lesser codec. I didn’t see an EVF in the back. Very well covered but on top an LCD is present.

Good things come to those who wait (until summer)

The new camera will be unveiled at Cine Gear Expo this summer – the show is in June so not that far off. Until then it’s all speculation. 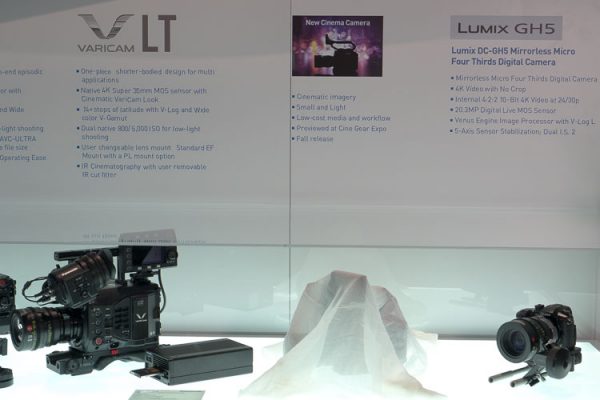 I do like that Panasonic is getting back to a lower cost alternative like the AF-100 – a camera I owned and enjoyed shooting. For this one I really hope it’s a larger s35 sensor.

What are your thoughts on this new “mystery” cine camera?