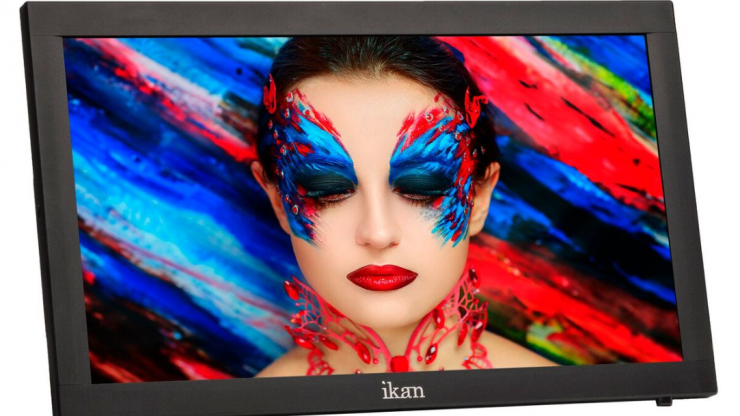 Ikan may just have more new products launching at NAB than anyone else. The latest announcement is four new monitors: the new Ikan D6, the High Bright D7s, the D24, and the VX20.

The new Ikan D6 is a 6.3” on-camera monitor with a resolution of 2560 x 1440p and touchscreen operation. It can accept a UHD signal via HDMI 2.0 and has features such as 3G-SDI in and out, waveform, vectorscope, RGB parade, and 3D-LUT support. Ikan claim that by constructing the monitor’s frame out durable, yet lightweight aluminium it should stand up to the rigours of field use. The D6 also incorporates Ikan’s new Quick Mount system that allows you to mount accessories to either side of the monitor. These mounts work with wireless follow focus systems such as the PD Movie, which eliminates the need to rig something up yourself.

The second new monitor is the Ikan D7s, which is a 7” high bright on-camera monitor that features a 700 NIT 1920 x 1200 IPS panel. The D7s has taken a lot of its design cues from the DH7 monitor, and features 3G-SDI in and out. According to Ikan the D7s is the company’s slimmest and lightest SDI monitor.

There is also a large 23.8” native Ultra HD 4K quad split display called the D24. It has a resolution of 3840 x 2160, four HDMI inputs, 3G-SDI inputs with a looping output, picture-in-picture, peaking, aspect ratio, zoom and check field, just to name some of the features.

The final monitor is the VX20 field monitor, which has a 19.5” 1920 x 1080 IPS screen. The monitor features auto-calibration that is compatible with the X-Rite 1 Display Pro. In addition, it also comes with waveform, vectorscope, RGB parade and CIE scope. The VX20 also allows you to measure the RGB values of individual pixels. 3D-LUTs are also supported and can be imported via a USB port. The VX20 features Ikan’s Quick Mount system for accessories such as the Ikan Blitz Wireless system. Other features of the VX20 include 3G-SDI, HDMI, DVI, VGA and Composite inputs.

With so many monitor solutions on the market it will be interesting to see how Ikan’s new releases stand up when it comes to picture quality and price.