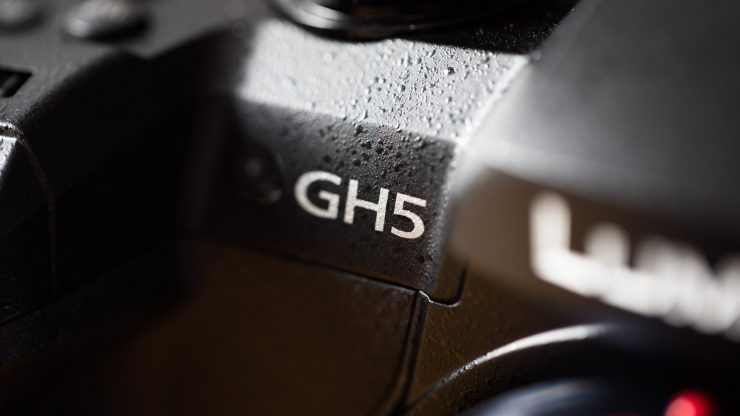 I finally received my GH5 and while checking out the settings and getting familiar with the camera I’ve learned a few things and wanted to share my thoughts. This isn’t a review, only my first impressions – and when I found an issue I wanted to dive in a little more to see what’s going on.

First the body is bigger and heavier than the GH4. It actually surprised me. This can be looked at as pro and a con. A big selling point for the GH cameras was how compact they are for a full-featured camera. This new bigger heavier thing might turn some people off. For me I think I’m okay with it. Just so long as I can fly it on a smaller handheld type gimbal I’m good. One thing that stands out though is the buttons. Lots and lots of lovely buttons.

I love all the extra buttons all around the body. I personally can’t have enough preset buttons on any camera. Dedicated white balance and ISO is nice. Easy to remember. If you don’t like those options feel free to change them. Yeah you can do that!

The “DISP” button that’s on the upper right gets pushed accidentally a lot since it’s under my thumb. The button is more flush than the others, but it’s easy to accidentally press. At least it’s not a major function – it only changes the display options.

Video is not stills, stills are not video

This one is HUGE: Video and stills modes are separate. I can set video mode to shutter angle and when I go to stills it’s back to a shutter speed and remembers the last shutter speed I used too. Oh I like this a lot! However Photo Styles carry over to both video and stills settings. Oh well. I don’t have VlogL installed yet and I’m going to assume if selected in video mode it will be in stills mode as well when I switch.

I sure would like this to be fully independent without creating a Custom User profile (C1, C2, C3) – However you have three custom settings on the dial to set up for special shooting situations if you wish. The dual SD Card slots are great, and you can configure this in a few ways. Double record, photo and video files to record on separate cards or have the the second card set to record when the first one gets full.

The EVF and back LCD are very nice upgrades. Peaking is also nice. Not too strong and gives me confidence in the readings I’m getting when using it. The added joystick and it’s placement are in a good location. Most of the buttons are actually. Full size HDMI is great. All cameras need this! Okay so not everything is coming up roses so far but the usability of the GH5 is really nice.

One of the best features for me on the Sony a6300 and a6500 is how good continuous AF works in video mode. It locks on and for the most part and doesn’t hunt or lose focus very often. It’s not perfect but really is very good. I use this feature a lot when I shoot my reviews. I set the zone up in the frame to keep my face in focus and it just works. Also works great on gimbals.

With the GH5 it takes forever to register and then focus. Like 10 seconds. I’ve tried different settings in the AF Custom Settings menu with no luck.

In the video above Panasonic shows how it’s performing. Looks pretty darn good to me but guess what’s different? They’re shooting in 60p and I shoot in 24p. When I change the GH5 to 60p it works much better. Well at least it’s usable. So why is this happening? I really don’t know exactly, but the camera is using CONTRAST AF. At this time Contrast AF just doesn’t perform as well. The other reason is that the GH5 doesn’t have Dual Pixel AF like the Canon EOS cameras have, or Phase Detection AF like the Sony a6500, so it’s at a disadvantage. The Venus engine is doing all the work using algorithms to predict were the action is going to keep the subject in focus. When you’re in 60p it has approximately three times more more frames to work with as opposed to only 24 in 24p mode.

So what works best?

After trying several different settings I can’t honestly say “use these settings” and it will work perfectly because contrast AF relies on a contrasty image. I did a test with lifting a black lens with my arm fully extended blocking the face. I got one out of 10 tries to focus on the lens. I then had a Sola 4 LED light that has a grey and black body and it worked pretty well. The contrast of the colors on the light fixture helped. You also need good light for it to work well. Dark scenes will be tough. So what about V-Log L? I doubt very much it will perform well with such a low contrast image.

If you’re like me and like to use continuous autofocus for creative reasons finding the right settings for what your shooting will be trial and error. Please don’t tell me that autofocus in video isn’t for pros – it is if it works! And I’ve found it to be very helpful when using a gimbal.

For now I can’t recommend using Continuous Auto Focus for anything that is critical. Don’t miss the shot. In some cases where you have time to experiment with the settings it could work but for me I think I’ll avoid using it since I can do a better job than the camera can. For interviews using Face/Eye Detection with Continuous AF is pretty good. Just don’t expect a lunging face to stay in focus. Can this be improved in firmware? It might be, and I hope this is the case. The feature can be handy.

If you want to see continuous AF when the camera is in standby mode then change the setting in the sub-menu. It’s located in the “C” wrench. Focus/Release Shutter menu.

Scroll down to Quick AF and turn it “ON”. It’s off by default. Now you can see how fast the continuous auto focus is working and be able to dial it in to your liking.

One more thing with focusing that’s worth mentioning is while recording manual focus punch in doesn’t work. This is a bummer and a tool I like to use on my Sony a6500. Hopefully this can be addressed in a future firmware update as well.

This one was rough with the GH4. The HDMI output had really bad lag. I didn’t test just how many milliseconds it was but when shooting interviews and watching a monitor the lip flap was so off it was hard to watch. I had a producer ask me if the video is okay because of it. I reassured them it was fine. The GH5 seems better but still more than I like. 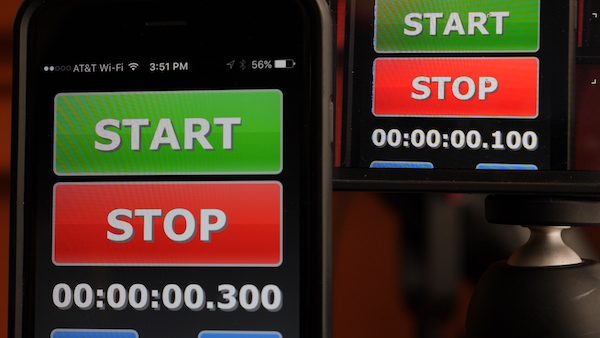 I clocked it at 200 milliseconds behind in 24p using a SmallHD 502. This lag does make it noticeable when shooting interviews. Pulling focus could also be harder. 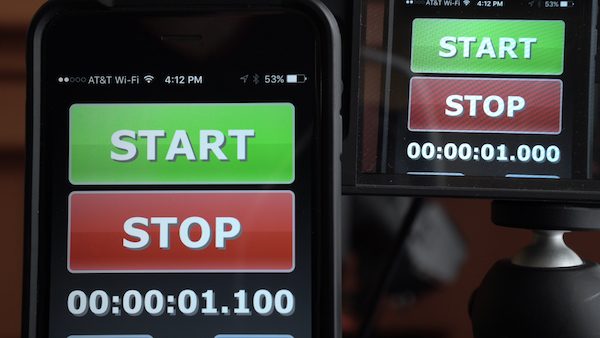 The Sony a6500 performed better at 100 milliseconds of lag. When using the a6500 I don’t see this as a issue. Lip flap is so slight you really don’t notice it.

The GH5 is packed with features and I’ve only just dived in. I now need to go and shoot some video and check out the image more carefully but in this post I wanted to focus on some of the usability features that I like. The GH5 reminds me of the GH4’s usability that I really liked and fixes a lot of what I didn’t like about the camera. Still room for some improvements. I would like to be able to punch in while recording.

After a short time with the GH5 it feels good in the hand and is the “king of the hill” for feature rich hybrid cameras. Looking forward to the 10-bit 400Mbps 4K feature coming this summer. 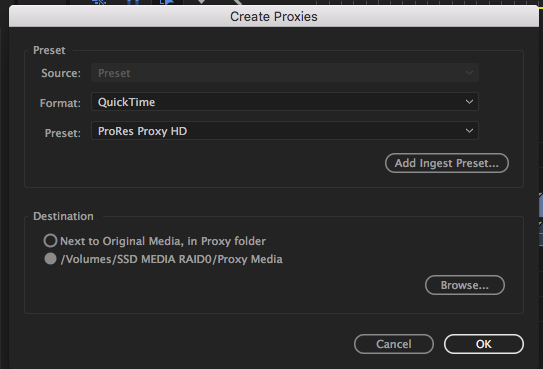 One more thought before I go: The UHD 10-bit files are rough in Premiere Pro 2017. Playback isn’t very good with the compression and large file size and I was getting a few crashes. I would recommend going the proxy route or avoid the mess and transcode before editing with Adobe Media Encoder or the very handy Edit Ready.

Okay – Now it’s really over. Time to get out and shoot! How are you getting on with your new GH5? Let us know in the comments below…